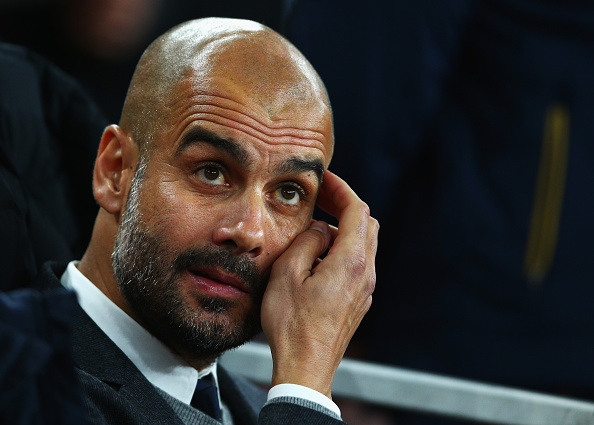 The “will he stay or will he go?” drama surrounding Bayern Munich head coach Pep Guardiola finally reached a critical mass on Sunday morning when the club announced that the 2015-16 season would be Guardiola’s final one at the helm of the legendary German club. Bayern also announced that Guardiola’s replacement next season would be former Carlo Ancelotti, the former head man at Juventus, AC Milan, Chelsea, Paris Saint-Germain, and most recently, Real Madrid.

Breaking: #Guardiola to leave at the end of the season. His replacement will be Carlo #Ancelotti (56/Contract untl 2019). More to follow.

FC Bayern München chairman Karl-Heinz Rummenigge commented: “We are grateful to Pep Guardiola for everything he has given our club since 2013. I am convinced that Pep and our team will now work even more intensively towards achieving our major sporting goals – especially as it is now confirmed that Pep is to leave FC Bayern.”

“Carlo Ancelotti has enjoyed success everywhere as a coach and has won the Champions League three times,” continued Rummenigge. “Carlo is a calm, balanced expert, who knows how to deal with stars and favours a multifaceted style of play – we were looking for this, and we have found it. We are looking forward to working with him.”

Carlo Ancelotti commented: “I am very honoured that I will be coach of the great club FC Bayern from next season.”

Guardiola’s success domestically with Bayern has been staggering. He won the Bundesliga with Munich in both the 2013-14 and 2014-15 seasons, and has managed Bayern to 46 points through 17 matches this year, giving the Bavarian side an eight point lead on second place Borussia Dortmund at the winter break. However, other silverware has eluded Guardiola over the last year. Since winning the DFB-Pokal, UEFA Super Cup, and FIFA Club World Cup with Bayern during his first year with the club, Bayern failed to win the German Cup last year, have lost the German Super Cup three years running, and have been bounced from the UEFA Champions League in each of Guardiola’s first two years at the helm.

The first few months of 2016 will be big for Guardiola in his attempt to leave Bayern with more than just three more Bundesliga championships. Bayern has advanced to the quarterfinals of the DFB-Pokal, and will take on 2. Bundesliga side VfL Bochum at the beginning of February. After winning their Champions League group earlier this month, Munich drew reigning Serie A and Coppa Italia champions Juventus, who lost the final to Barcelona last year, in the round of 16. It seems insane that after the career Guardiola has had in Munich, he could be considered a failure, but if he fails to bring home a Champions League crown, that could be the way the history books end up remembering him.

However, Ancelotti hasn’t lasted long at any of his stops since Milan. Chelsea sacked Ancelotti after just 109 matches over two seasons following an unsuccessful defense of either element of the club’s first-ever double from the 2009-10 season. Ancelotti took over as PSG boss at the end of 2011 and stayed until the end of the 2012-13 season, winning just one trophy before taking over at Real Madrid. Ancelotti failed to win La Liga in either of his two years at the helm of the Madrid side, but did bring Los Blancos their tenth Champions League title and 19th Copa del Rey, along with their second UEFA Super Cup and first-ever FIFA Club World Cup. But Madrid didn’t win one trophy in the 2015 calendar year, and when you’re talking about a team like Real Madrid, that sort of failure is enough for him to get the sack.

As for the future of Guardiola, it’s still up in the air – though he does have options. Manchester City has always been tied to Guardiola due to the presence of former Barcelona allies Txiki Begiristain and Ferran Soriano with the club, and if Manuel Pellegrini fails to bring home at least one trophy during the 2015-16 season, his sacking seems to be academic. The red side of Manchester could be a possibility as well after Louis Van Gaal’s United fell 2-1 to Norwich on Saturday, dropping the Red Devils to 5th in the Premier League table, level on points with Tottenham and Crystal Palace. Van Gaal has also admitting fearing the sack following a disastrous month that also saw United get bounced from the Champions League after a 3-2 lost at Wolfsburg. Chelsea also has an opening now following the sacking of Jose Mourinho earlier this week, though Guardiola did choose Bayern over Chelsea three years ago when given the choice.

And now, we wait for Guardiola’s future to clear up. Going into 2016, only one thing is for sure – Ancelotti will be replacing Guardiola at the close of the season. Everything else is still a question.