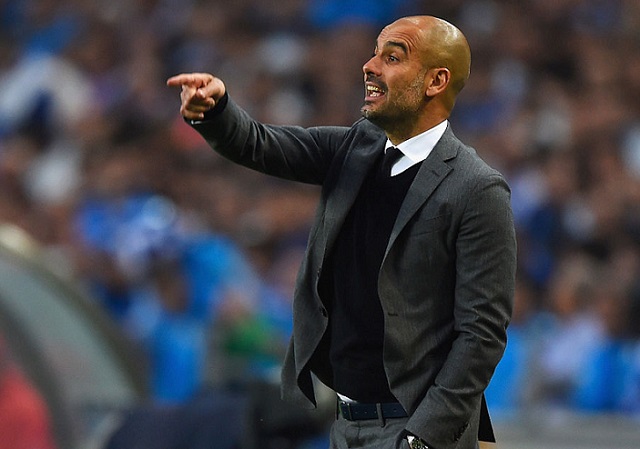 Bayern Munich have won back-to-back German Bundesliga titles under Pep Guardiola, but winning there has apparently gotten old for one of the best managers the game has seen. Rumors of him leaving the German giants have circled for the past two years, and now it appears that speculation has real legs.

According to a report in the Daily Mail of the UK, Guardiola is set to leave the club at the end of the season for a chance to move on to managing in the English Premier League. The report indicates Pep will announce the move next week as the Bundesliga heads in to its winter break.

What makes this different than other reports of Pep leaving? This time, it appears the club knows the move is happening and has a plan in place.

Bayern Munich will fill its empty manager spot with Carlo Ancelotti, who is currently out of a job after managing another giant club — Real Madrid — from 2013 to the end of this past season.

He is the only person to have won three UEFA Champions League titles as a manager, and he’s led some of the most successful periods at clubs like Parma, Juventus and Milan to name a few.

Ancelloti also led Chelsea for two seasons, winning a domestic double with the FA Cup and EPL title in the 2009-10 season. He left after the next season to manage Real Madrid, though.

Pep Guardiola made his Barcelona debut #OnThisDay in 1990… and he’s done pretty well since! pic.twitter.com/f23Wf6K1Jm

As for Pep, his future is believed to be at Manchester City, especially if they are topped for the EPL title this season. The side currently sits third on 32 points, which is three off the pace of league leading Leicester City.

There could also be openings at City’s rival, Manchester United, and Chelsea. The latter club is struggling just to stay up in the EPL at the moment and certainly will make a deep set of changes to stay alive.

Will that mean the end of Jose Mourinho and a caretaker manager until the end of the season? If that’s what happens, it could be an intriguing proposition for Guardiola to consider.

No matter what, it appears Guardiola is heading to the UK one way or another.

When asked about his future, Guardiola gave an ominous answer as to what is going on:

“Tonight, I have no answer,” he said after Tuesday’s win over Darmstadt in the DFB Pokal Cup. “Next week, there will be clarity.”

The German giants know the value of the manager they currently have, allegedly flashing some £14.7 million at him to stay. However, he appears to have turned down that offer and will move on.