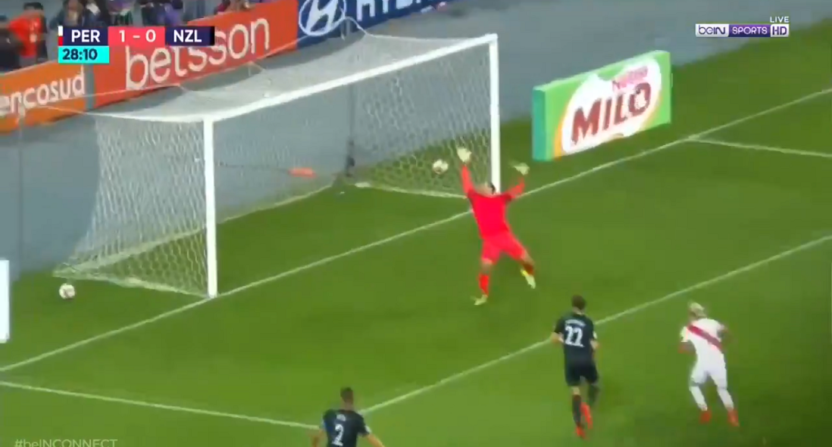 Peru took on New Zealand last night in the second leg of their two-game playoff for the 32nd and final World Cup berth. That’s a big deal for Peru, which hasn’t played in a World Cup since 1982.

Lima’s Estadio Nacional, sitting nearly a mile above sea level, was packed to capacity by the home fans, with 35 years of built-up excitement came pouring out of the crowd when Jefferson Farfan opened the scoring thusly:

Farfan leathers in the opener for @SeleccionPeru!!

Chile’s seismological Twitter confirmed it was actually a result of soccer celebrating, as opposed to any natural event:

Incredibly the detection occurred at the exact moment that #Perú scored the goal in the playoff match against https://twitter.com/alerta_sismo/status/930989560896647169 …. #ttps://t.co/R1TfyRaYoP

I think Seattle should have to give up their 12th Man title for a while now.

That goal alone wasn’t necessarily going to be enough to propel Peru to Russia next summer, but they added another off a corner in the second half:

What a corner that was, too. You’d think more corners would be sent in with that kind of pace, if it’s possible. Michael Bradley spent the entire Hex floating in balls with the trajectory of a two-day old party balloon drifting down from a very tall ceiling.

New Zealand was unable to do much of anything, and so for the second World Cup in a row, they’re going home after losing a playoff. (The All-Whites lost to Mexico last time around, the Mexican side having reached the playoff only thanks to timely goals from the USMNT. If only they’d been able to return the favor this cycle.)

The end-of-match celebration was very fun to watch:

Last but not least!@SeleccionPeru grab the final @FIFAWorldCup spot ??

Peru’s entry means the World Cup Draw pots are set. This time they’re based on the October FIFA rankings, as opposed to breaking nations up by regions: 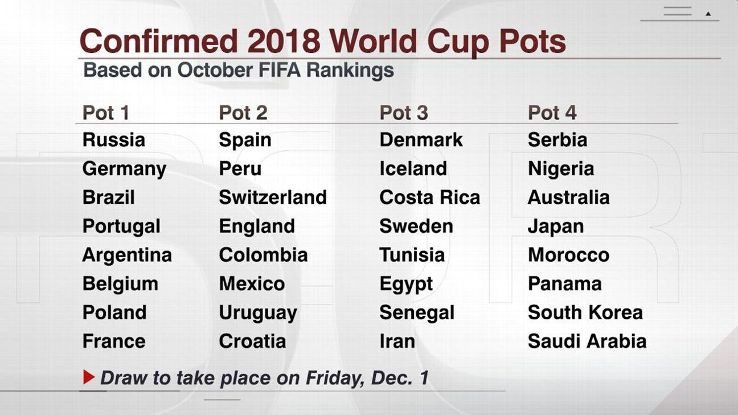 If you’re morbidly curious, as I was, where the United States would have landed had they qualified, here’s how it would have likely broken down. Assuming a draw or win in Trinidad, that would have put the USMNT in third, bumping Panama down to the playoff with Australia. Obviously Panama might have won, but let’s assume they wouldn’t have; that means they’d be out, and based on rankings, the United States would have slotted in between Sweden and Tunisia, with Iran falling to Pot 4. That means the slot currently occupied by Tunisia is where the USMNT would have been drawn.

So, if Tunisia ends up in a Germany, Spain, and Serbia group, maybe missing out on next summer’s festivities won’t hurt that much after all.

Still, cheers to Peru, a country full of people who love their team so much they literally shook their capital city to the bedrock while cheering them on. Amidst all that is so very wrong about FIFA, the World Cup, and international soccer as a whole, there really are some wonderful stories.