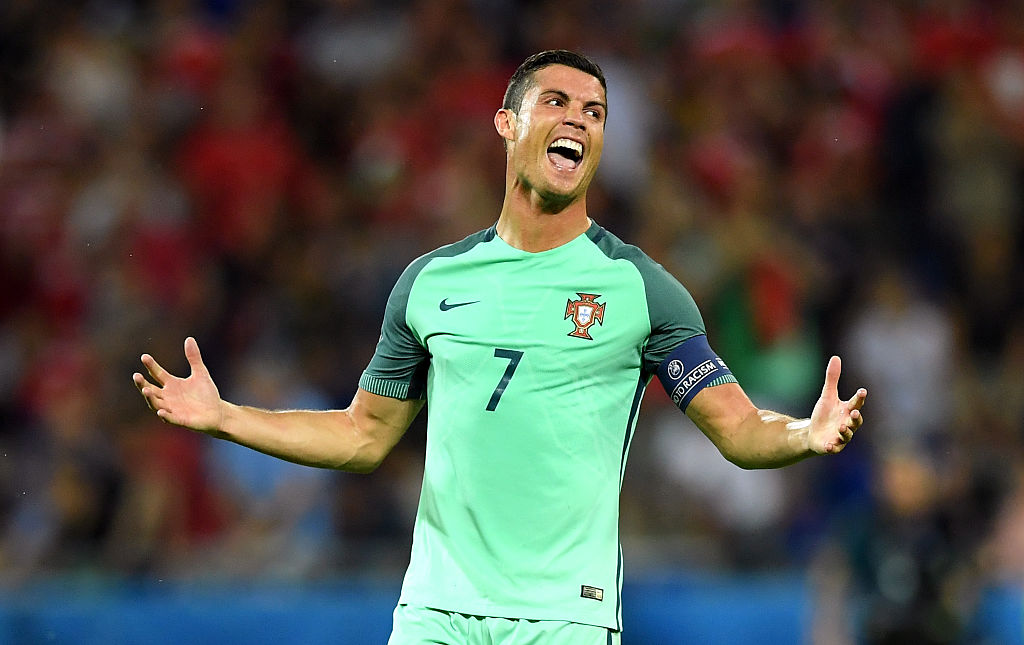 Soccer, more than just about any other team sport, requires cohesion and conformity of thinking for a side to succeed. It’s a sport whose games tilt when an opponent’s weak link is found and exploited. It is, in that sense, inherently defensive. The trick to winning soccer games is to avoid mistakes.

Everything has to move in sync, sharing the same ideas on how the game will be approached. Organization comes before all else. You move as a unit on a field that’s as blank a canvas as any other ball sport. Only then can your stars begin thinking about making the plays that could bust open the stalemate.

Yet in the age of celebrity, soccer is increasingly marketed around single players. Lionel Messi and Cristiano Ronaldo are the most famous athletes on the planet. (These are facts, non-soccer people. Sorry.) During warmups, the broadcasts linger on the biggest names on the field. Extra cameras are set up to focus solely on the facial expressions of the outstanding players.

Look back at this Euro, though. Take a serious and honest inventory of the tournament that will crown a European champion on Sunday from either the hosts France or Portugal. You’ll see that the teams that thrived were the ones that best integrated their stars, rather than merely accommodating them.

Plenty has been written now about the benefits of having a little Ronaldo in your team. Which is to say, to maximize his evolving skillset as he veers ever further from being the winger he once was to the pure striker he now inarguably is at his advanced soccer age.

But Portugal has done more than that. As it has changed tactics and formations and approaches and clawed out results, it has also used Ronaldo in different ways. It has used him as a target man, like against Wales, when it held possession deep in the field and booted long balls at him in the hopes that he’d score. It has gotten him the ball to his feet far from goal to let him take shots from distance. It has employed him as a poacher, letting him roam the box for quick finishes.

Ronaldo, to his credit, has seemingly accepted all of these different roles without complaint, even though some were thankless and didn’t suit him as well as others. And in so doing, he has enabled one of the more surprising runs in this tournament.

Portugal was never a total underdog like Wales or Iceland, the Cinderella stories of the Euro. But it was nonetheless an outsider. One that proved particularly adept at scratching out just the right scores. Until the semifinal, the Portuguese hadn’t won a single game in regulation. They tied all of their games in the group stage, but thanks to the expansion of the tournament and the progression of 16 of the 24 entrants into the knockout stages, it was enough. Portugal could play cautiously and rely on Ronaldo’s gifts to forge a game plan that mitigated risk at the other end. It rode this idea all the way to the final.

Other teams might have gone about it differently and simply given Ronaldo the ball to his feet at every opportunity. That’s the way so many teams have approached playing with a star. They line up around him, rather than with him.

This is something the other semifinalists have in common. To say that Wales is a one-man team might be a tad harsh. Aaron Ramsey, when he stays healthy and in form, is a bona fide star in midfield for Arsenal, although those times are rare. His absence to suspension was certainly felt in the semifinal loss to Portugal. Joe Allen is a decent Liverpool player, when he gets on the field. Central defender Ashley Williams doesn’t just captain his country, but his Premier League club Swansea City as well. But none of them have anything close to the stature in the game Real Madrid’s Gareth Bale does.

Yet for his country, Bale unreservedly played somewhat out of position as a second striker of sorts, running around Hal Robson-Kanu – rather than as a regular winger or number 10 as he would at Real. This way, Wales could hit teams on the counter the most efficiently, by leaving Bale high up the field, ready to spring attacks.

For finalists France, too, breakout stars Paul Pogba, Antoine Griezmann and Dimitri Payet have sacrificed for the team. Pogba has done plenty of dirty work in central midfield, covering ground and winning the ball, and spent less time distributing. Griezmann, when finally fielded in the hole behind striker Olivier Giroud, does a lot of supporting work, rather than play higher up the field like at his club Atletico Madrid. Payet spent most of the semifinal against Germany tracking back to keep his man in check.

Germany, meanwhile, has long since perfected the art of folding their stars like playmaker Toni Kroos and forward Thomas Muller into their team, rather than making it all fit the other way around.

It’s hardly a coincidence that those four teams were the last standing. They played to their team’s strengths and then figured out how their stars could best serve the greater good. Rather than to try to make it all fit around the players with the biggest name recognition, as some of those who didn’t get this far did.

Soccer is still a team sport.