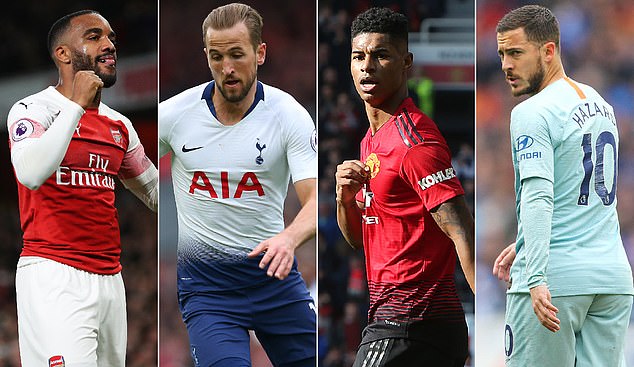 After one of the most exciting finished to a Premier League campaign in many years, where Manchester City narrowly pipped Liverpool to the title, English football’s biggest names are gearing up for what could be a surprisingly difficult summer in terms of the transfer window. With Liverpool, Tottenham Hotspur, Arsenal and Chelsea having made up the two major European club competition finals this season too, fans would have been forgiven for thinking that players would be lining up to head to the Premier League.

However, Pep Guardiola’s side are under investigation from UEFA as a result of their financial situation, while Chelsea are also facing up to the possibility of being unable to overturn their transfer ban, which was handed out due to the London-based clubs international transfers and registration of players under the age of 18. Elsewhere, Arsenal must defeat Chelsea in the Europa League final in order to secure Champions League football for next season, while Manchester United are set to undergo something of a makeover under the guidance of Ole Gunner Solskjaer.

Having retained their Premier League crown on the final day of the season following a ding-dong battle with Jurgen Klopp’s Liverpool, Manchester City are believed to be searching for a number of players during the transfer window, with the Citizens still searching for a first Champions League success. The likes of Harry Maguire and Atletico Madrid midfielder Rodri are believed to be on Guardiola’s shortlist, having lost inspirational captain Vincent Kompany, with the Belgian set to become player/manager at former club Anderlecht in Belgium.  With the previous Premier League season coming to a close just a couple of weeks ago, UK bookmakers have rolled out prices for the 19/20 Premier League title – and even without significant investment, City are undoubtedly the favourites. Those willing to have their say on the next EPL winner can take advantage on early prices backed either by the best odds guaranteed promo or other numerous football betting offers set to be introduced shortly.

Tottenham Hotspur defeated City in the Champions League quarter finals, before overcoming Ajax in the last four, in what were perhaps two of the games of the season. With a final against Liverpool still to look forward to, Spurs are set to be far more active in the transfer market than last year, where they were the only top-flight club not to add a single player to their squad. However, keeping hold of the likes of Christian Eriksen and Toby Alderweireld is perhaps the biggest battle facing manager Mauricio Pochettino, who is himself likely to be the subject of interest from major European clubs.

After finishing outside of the top four in what was another turbulent campaign at Old Trafford, Manchester United are set for a change of tactics in the transfer market. Having seen the likes of Angel di Maria and Alexis Sanchez fail to make an impact following big money moves over recent years, the Red Devils are set to focus upon up and coming talents, with Swansea City’s Daniel James and Newcastle United midfielder Sean Longstaff having been heavily linked already.

Chelsea’s Eden Hazard looks odds on to depart Stamford Bridge this summer, with Real Madrid set to finally get their man. The Blues finished third in the Premier League standings, having looked unlikely to finish inside the top four at one stage of the season, however manager Maurizio Sarri has been heavily linked with replacing Massimo Allegri at Juventus over recent weeks, only adding to concerns in West London. With an appeal against their two-window transfer ban having already been rejected, it could well be that Chelsea must make do with what they have for next season.

Liverpool are perhaps the only one of the Premier League’s top six who has relatively few worries ahead this summer, with Klopp undoubtedly looking to strengthen his squad in certain areas after narrowly failing to lift the Premier League trophy for the very first time. Another move for Nabil Fekir could well materialise, with the Frenchman having missed on a transfer to Anfield last summer following a failed medical.

Whatever happens over the coming months, all clubs must have their transfer activity wrapped up by the time the window closes on the 8th August, meaning that it promises to be an extremely busy and frantic time for officials at the top English clubs.