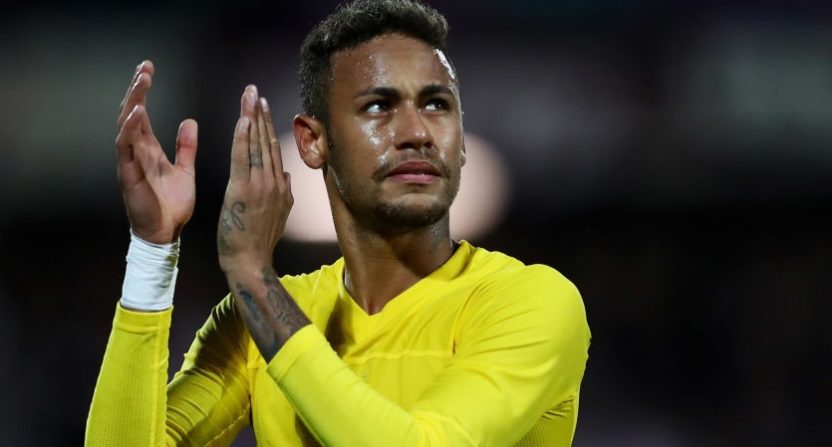 Paris St. Germain took a 4-0 lead to Barcelona after the first leg in the Champions League Round of 16 last year. They lost the second leg, 6-1, and were eliminated. The lesson was that, for all the spending and domestic success, PSG still needed another step forward to win that competition.

The French giants entered the summer determined to make at least one major move. They certainly did that, signing Brazilian mega-star Neymar from Barcelona. The hostile transfer paying the full release close shattered the world-record transfer fee. With salary and other factors included, it could cost PSG north of $600 million.

PSG received an iconic star to build around on the field. It enhanced the status of the club’s brand and Qatari Sports Investments off the field. Only one thing will justify that expenditure: winning the Champions League in the next 3-5 years.

Neymar received a huge salary bump. But beyond that, switching clubs was about his legacy. Neymar has won every club title there is. He has two missions left to leave him among the all-time Brazilian greats: win the World Cup and win the Ballon d’Or, the award for world’s best player.

However brilliant his play, Neymar was never going to win the latter trophy at Barcelona. Messi would overshadow him. He would share credit with Luis Suarez too. Short of winning the 2018 World Cup outright, his best shot to be named the world’s best player was to move to a club such as PSG and be the guy on a team that wins the Champions League.

Part of being “the guy” is to be able to pad your goal stats with penalties. Not surprisingly, opportunities to take those has been the key source of drama since Neymar arrived at the club. Star striker Edinson Cavani was already taking them for PSG.

It’s early. We have not hit October yet. The club soccer season lasts through the end of May. But it looks like PSG may get their end of the bargain. The club is 6-0-1 in league play and has outscored opponents 21-3 thus far. On Wednesday, they crushed Bayern Munich 3-0 at the Parc des Princes in the Champions League group stage. Bayern was so demoralized that they fired coach Carlo Ancelotti.

The trouble for Neymar is he may not be “the guy” on this team moving forward. The quieter (though still quite loud) of PSG’s summer deals was signing 18-year-old French starlet Kylian Mbappé from Monaco. He joined on a season-long loan. The buy option on his eventual deal could exceed $200 million.

That Mbappe foot drag tho ??? https://t.co/qLa8PTjVvd

It was Mbappé, not Neymar who stood out for PSG against Bayern Munich. He even overshadowed Neymar on his own goal with a slick dummy shot to evade a defender in the buildup.

Many see Mbappé as the sport’s next Messi/Ronaldo level player. He’s only 18 and will improve. He may get to that level sooner than expected. He was one of Europe’s top forwards last season at Monaco. He also has a chance to perform with a talented French team around him in 2018.

Ronaldo is a physical marvel. Messi, who scored 54 goals for Barcelona last season and has 12 goals in 10 to start this one, has not fallen off the pace. There may not be a window for Neymar to slip in there and win a Ballon d’Or before Mbappé peaks.

PSG winning the Champions League looks like a real prospect after what happened yesterday. Adding Neymar and Mbappé with Cavani, PSG has the trio up front to match up with Barcelona, Real Madrid, or whoever else steps forward. But, the danger for Neymar is, for all the hype and egregious expenditure, he may not be the player that leads him there.

Fortunately, soccer is a team sport. It’s all about the team’s success. None of these players is vain enough to care about who gets the credit, right?