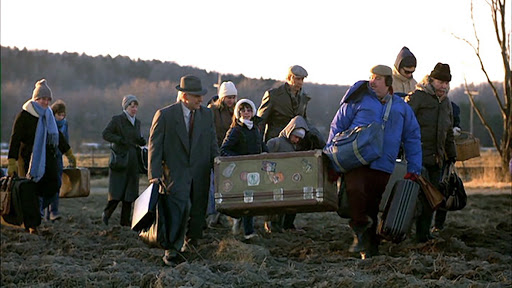 Professional sports comes with a lot of travel, and travel sometimes goes wrong. The latest example comes from Racing Louisville FC of the NWSL. They’re set to play a road match against the Portland Thorns Saturday night, so they set out to travel to Portland Thursday. But that travel didn’t go as planned, as head coach Christy Holly detailed in a video posted to the team Twitter account Friday morning:

So, the trip to Portland has been fun… 😬@christyeholly explains: pic.twitter.com/oF6cmMzyxO

“Yesterday, we thought our train would be cancelled. We moved the train up so we’d get on a nice, early flight, but then we had to delay the train because of the thunderstorms and the rain that came through. And when we got to the airport…myself and two assistant coaches were actually on the later flight, because we couldn’t all get on the first flight; we thought that would be okay, that wasn’t going to be a problem. By the time we get to the airport, three hours after the first flight, the players are still there. As we speak, the players are in Houston.”

“So three staff members got to Portland last night. We had a few delays ourselves, but we got to Portland about 1 o’clock in the morning, which, what’s that, 4 a.m. (Eastern)? And the players are in Houston. So it’s been an interesting 24 hours. God love them, they’ve been fantastic, they’ve just kept their heads down. I would say they’re at their wits’ end.”

Holly goes on to talk about the general challenges posed by time zone changes and what that does to players’ body clocks, especially with a game Saturday starting so late (10:30 p.m. Eastern, Twitch). And he says that these delays are going to alter the team’s preparation plans. “When we’ve done it in the past, we would always have two training sessions out here prior to the game. Now, we’ll find out today if we’re able to get one in.”

The team Twitter account updated Friday afternoon that their first group of players had made it into Portland, albeit without some of their luggage:

P.S. — Send the rest of our bags this way if you find them.

So that’s certainly a challenging situation for Racing Louisville’s staff and players. We’ll see how they do against the Thorns Saturday.

[Racing Louisville FC on Twitter; photo of the Planes, Trains and Automobiles trunk from The Big Picture Magazine]