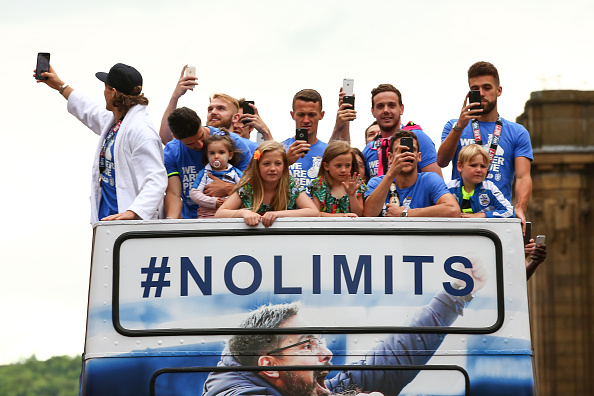 The English Football League Championship play-offs concluded on Monday, with Huddersfield Town beating Reading on penalty kicks, 4-3 following a 0-0 draw in standard time. With the win, the Terriers move up to the Premier League for the first time — a promotion that’s even more stunning when you consider where the club was just 12 months ago.

A power ranking below of the top-performing promoted clubs from 2013 through this recent batch, including Huddersfield.

The Foxes finished first in the Championship, then needed a great escape to avoid the cut line in 2014-15. Even the most casual Premier League fans know what happened next, however. Claudio Ranieri guided Leicester City to the top spot in the table in one of the most fascinating title runs the Premier League had ever seen. Playing a fun and exciting style, the team captured imaginations with figures like Jamie Vardy becoming instant celebrities. The 2016-17 campaign would not prove as fruitful, with the additional challenges of the UEFA Champions League (and more) grinding down the group. After sacking Ranieri in February, the Foxes rebounded to 12th, though.

Crystal Palace got in by way of the Championship play-offs, then ran out to an 11th-place finish in their first season in the Premier League. The Eagles would finish 10th the following year, sparking talk of a potential rising power in South London. But luck hasn’t necessarily been on their side since then. A push to compete has fallen flat, with 15th- and 14th-place seasons, respectively. Crystal Palace was just seven points clear of the cut line this year, despite tallying 50 goals (a figure that was about mid-table).

The Cherries have taken the Premier League by storm since arriving in 2015, performing a rapid climb from first in the Championship, to 16th, to ninth this previous season. Bournemouth is a relentless attacking team, and their 55 goals were top-10 in the entire league. Now comes the hard part of staying in the PL’s mid-tier, though. Bournemouth’s been in the mix with numerous big names already as the transfer window arrives. They may be unconventional, but AFC Bournemouth may be creeping slowly further up this list (despite the already high standing).

Newcastle just rejoined the Premier League by way of winning the Championship. But with just a year’s absence from the top flight, they’re better suited than most to stick around. The financial implications of Premier League membership are enormous, so there’s a major advantage for a team with a one-year absence over many that worked their way up the pyramid. That’s not guarantee the Magpies stick around long-term again (their last PL stint was from 2010 through 2016. But it certainly helps. 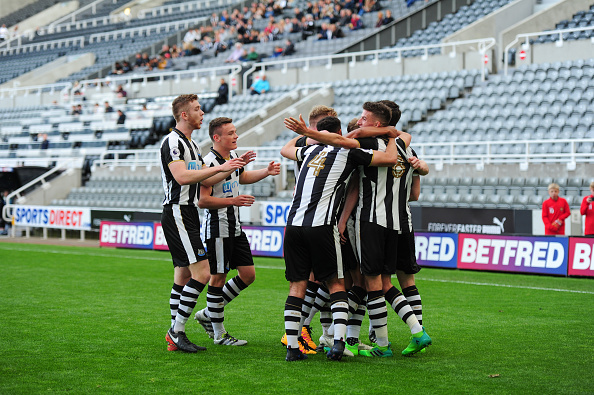 There weren’t high expectations for Watford to stick around the top flight long after earning promotion in 2015 (by way of a second place finish in the Championship). But the Hornets rose to 13th in year one, seemingly solidifying their place around the league’s middle tier. Season two was not as kind, though. Watford dropped to 17th, while allowing 68 goals (fourth-most in the PL). They’re a prime candidate for relegation now in 2017-18.

Forewarning: the first promotion is evaluated separately from the second. Hull was second in the Championship in 2013, then finished 16th in their first season as members of the Premier League. Ownership seemed to have an eye on competing for mid-table status, but it wasn’t to be for the Tigers. Competition in the UEFA Europe League provided an additional burden, and the club scored just one goal over the final month of the PL season. They were relegated by just three points.

TBD if the Clarets end up just repeating the issues experienced by Hull City above. A Championship title was followed by a 16th-place finish in the Premier League last year, though just six points clear of the cut line. Andre Gray and Sam Vokes are quality pieces on the roster (they combined for 19 goals). But a very poor finish in 2016-17 (just two wins after the start of February) should create some doubts about Burnley’s ability to stick around long-term.

Norwich City had a wealth of potential goal-scorers in 2015-16, though Dieumerci Mbokani (seven) and Nathan Redmond (six) led the charge. Five other players scored at least four in Premier League play, but it wasn’t enough to make up for an awful minus-28 goal differential (and a telling minus-24 on the road). The Canaries actually didn’t fall below the cut line until the final month or two, but winning three out of five to close wasn’t good enough.

Burnley relied on Danny Ings (11 goals) and not much else during a disastrous 19th-place finish for 2014-15. After placing second in the Championship, the opportunity appeared there to at least challenge for a stay in the Premier League (see above). But instead, the club proved incapable of scoring goals, with 28 all season. They were right back down to the Championship, though perhaps the current iteration’s slightly better off as a result.

Won the Championship play-offs just a year after being relegated down, but then proceeded to finish 18th once back up. Hull City allowed a league-high 80 goals in 2016-17, including a resounding 7-1 loss to Tottenham to end the season. The Tigers allowed three or more goals 15 different times last year — certainly not the type of performance that keeps a club in the top flight. Especially when Hull City only managed 37 goals of their own.

After years of toiling around the middle of the Championship, the Wales club broke through and won it in 2013. But the Bluebirds’ stay in the Premier League would not be as pleasant. Cardiff City finished 20th, and managing just 32 goals on the season (though they did win seven matches). Like many of the other promoted clubs, the season started smoothly enough, before cratering in the final months to a relegation-worthy finish.

Middlesbrough won just five matches all year, but only one in 2017. The club played tight with most opponents through the first two-thirds of the schedule, but then the bottom fell out, regularly losing by two goals or more through the final couple months. The raft of Aston Villa transfers did them no good, and now they’ll head right back down to the Championship after finishing 19th.

This team was all Charlie Austin, who tallied a stellar 18 goals on the season despite minimal help form teammates during a rough 2014-15 campaign. With Austin leading the way, QPR was able to put up goals, but couldn’t necessarily stop many. Eight wins (and notably, 24 losses) buried them all the way in 20th place in the Premier League, and the club still hasn’t recovered a couple years later.

The Seagulls finished one point shy of the Championship title, though while playing a much less aggressive style than first-place Newcastle. Still, it was a solid campaign for Albion, including an 18-game stretch without a loss. Based on the experience elsewhere in the Premier League — versus Brighton & Hove’s first-time status in the top flight — they’re unlikely to fare too well this year.

Mentioned above, but the Terriers were an interesting group behind (American) manager David Wagner. The resources probably aren’t there for them to compete on the Premier League stage this coming season, but it should be fun to see them give it a shot just the same.