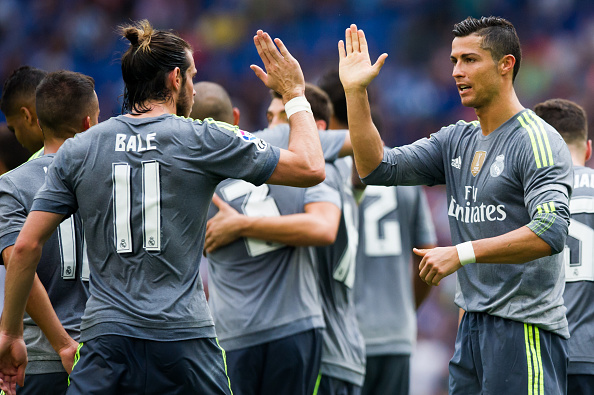 Soccer is a sport of unrivaled vastness. At the professional level, there exits a league for just about every last sovereign country and disputed territory, if not several. It’s impossible to keep track of it all, the disparate bursts of action the world over, wins and losses and leagues starting and ending everywhere, all the time.

But in other ways, soccer is isolated and insular and incestuous. And when two of its biggest brokers, like Real and Atletico Madrid, are banned from buying players for the next two transfer windows as they were on Thursday – covering the 2016 summer and 2017 winter windows – the reverberations of that bombshell will be felt throughout the whole game.

Now that the Madrid clubs have gotten the same punishment as Barcelona was handed in 2014, barring it from the 2015 winter and summer windows – and for the same reasons: shenanigans with underage players, who can’t be signed from other countries unless parents are moving for legitimate reasons – the effect on the player market isn’t just to remove two major players.

The transfer market isn’t so much an open, unfettered market – although it is that, too – as it is a domino effect. One major player moves and his old club needs a replacement. It signs somebody and then that player’s former employer needs somebody new, too. This all starts at the top, as the Reals and Atleticos of the world go shopping and inject big money into the entire exchange. At the risk of getting political, soccer might be one of the few businesses where wealth really does trickle down.

Real Madrid was said to want to sign goalkeeper David De Gea from Manchester United at last this summer, and coax forward Eden Hazard from Chelsea. Meanwhile, there was spirited discussion about Real selling aging superstar striker Cristiano Ronaldo and perhaps disappointing winger Gareth Bale back to England. Atletico is always a market maker, invariably shuffling some big-time strikers and midfielders in and out of its locker room doors. This summer, Antoine Griezmann was projected to be the hot commodity, possibly going to Chelsea to succeed Hazard, or indeed Diego Costa if the Blues let him return to Atletico.

And while the transfer ban doesn’t stop the clubs from selling – or, technically, even buying; it’s just that they can’t register new players to make them eligible – letting go of major contributors is unappealing when replacements can’t be secured. Now consider that of the 16 most expensive transfers in soccer history, Real was the buying club six times and the selling one once. Atletico has conducted 11 transfers of $20 million or more in the past season and a half alone – Real had six similarly moneyed moves.

That’s a lot of movement to disappear out of a market that relies on momentum itself as its propulsion, if that makes sense. In soccer, transfers beget more transfers. Big transfers induce slightly smaller ones and so on down the hierarchical pyramid. The double ban also changes entirely the equation of this winter transfer window, which had been eerily quiet thus far, although things don’t tend to get louder until the days before the deadline.

Real and Atletico now need to plan ahead not just for the rest of the season, but for all of next season as well, and suddenly have just a fortnight or so to address whatever personnel issues they anticipate over that time. Both clubs will appeal, and likely do so all the way up to the Court of Arbitration for Sport, just as Barca did, which could delay the ban by a window or even two. But they won’t know how that appeal will turn out anytime soon, or if their punishment will be commuted until it’s resolved.

The upshot probably won’t just be a flurry of panicked winter transfers – in the lesser of the transfer windows, when far fewer players are available. It also threatens to erode competitiveness in La Liga for the next few years. Just as Real and Atletico will be plunged into the squad-building difficulties of a transfer ban, Barca is emerging from one. And it does so as the strongest team in the sport, now finally able to get stronger.

La Liga has been competitive in the last few years. Indeed, Atletico sits in first place going into this weekend and won in 2013-14. Real finished just two points back of Barca last season, with an immense 92 points. But that relative balance could collapse now, especially if the likes of Ronaldo and Bale really do leave and aren’t replaced with commensurate talent.

It was going to take immense investment for Real and Atletico to keep up with Barcelona and ensure that one of the world’s most compelling leagues stayed exactly that. But, if upheld, their ban on transfer activity will likely also constitute a ban on real competition in La Liga.