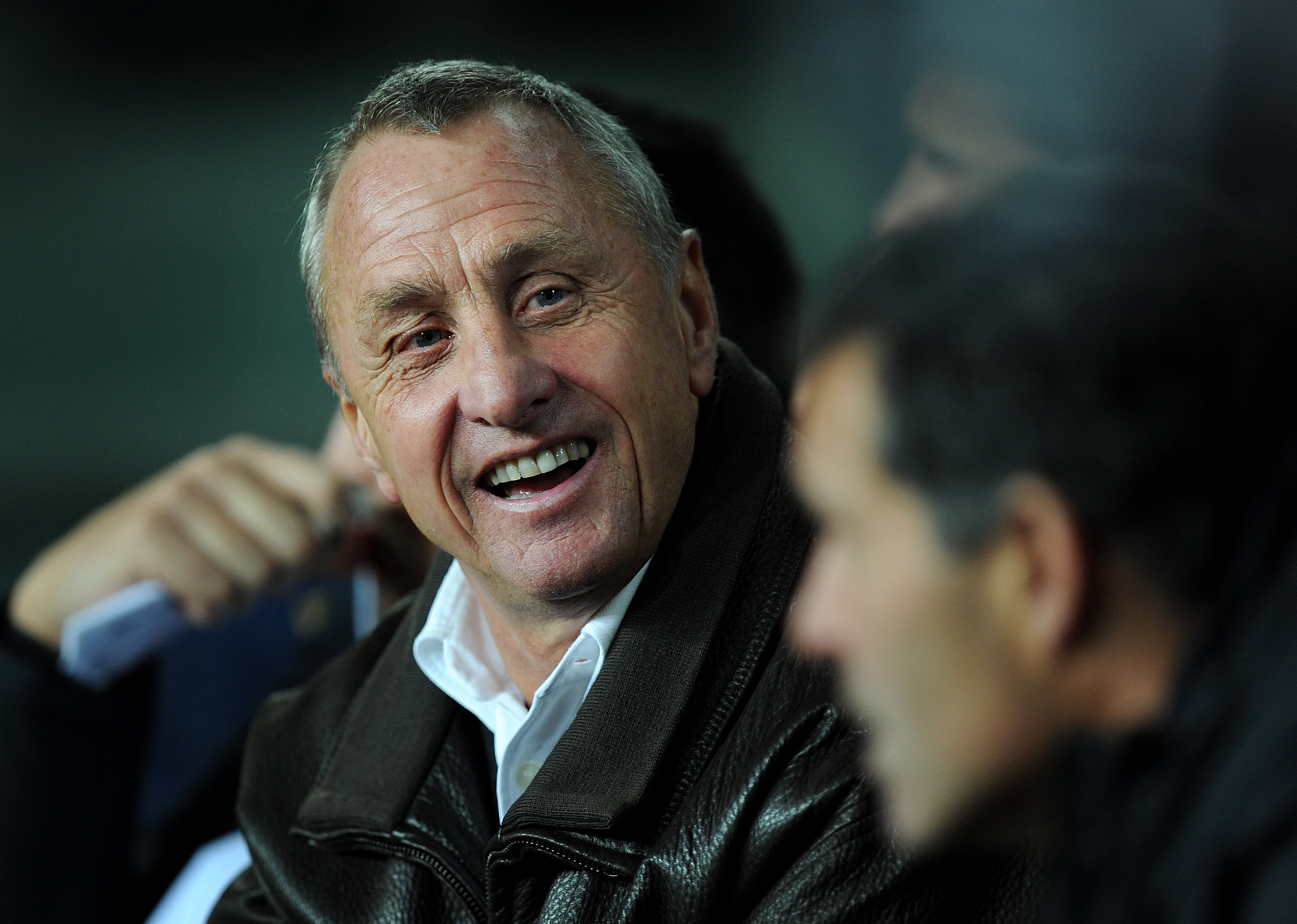 Cruyff passed away this morning after battling lung cancer. In a statement on his website:

“On March 24 2016 Johan Cruyff (68) died peacefully in Barcelona, surrounded by his family after a hard fought battle with cancer. It’s with great sadness that we ask you to respect the family’s privacy during their time of grief.”

The three time Ballon d’Or winner (1971, 1973 and 1974) dazzled on some of the greatest teams in history. Best known for playing on Ajax and Barcelona, Cruyff won three consecutive European Cups (predecessor to the Champions League) at Ajax and amassed 290 goals in his 20 year club career but it was his time playing for his country that turned him into a legend.

Johan Cruyff was the prototype of Total Football. Total Football sounds normal now but it was a concept that began and later perfected by the Dutch National Team and Cruyff, who really took it to heart for the rest of his soccer career. The idea that any outfield player can take over any other outfield position, the Netherlands used that to defeat some of the best teams in the world and finished runner-up in the 1974 FIFA World Cup and runner-up in 1978 without Cruyff.

While Total Football was an innovation for the entire team, the Cruyff turn was all him. It was a move that you knew was coming if you were a defender, but you still had no way of stopping him.

As a manager, Cruyff led the two club teams that made him a legend as a player. Bringing over Total Football from his playing days, Cruyff’s most successful reign as manager was at Barcelona in the early 90’s. Compiling the “Dream Team” with guys like Romario, Hristo Stoichkov, Ronald Koeman, Michael Laudrup and Pep Guardiola among others, Barcelona won four straight La Liga titles from 1990-94 and the 1992 European Cup. Cruyff’s influence has led guys like Guardiola, Koeman and Laudrup to become great managers themselves.

During and after his managerial career, Cruyff focused on youth development and the academy system, knowing they were the future of the team. Based on his managerial style and focus on Barcelona’s academy, Cruyff has been credited as the person who started the successful Barcelona revival that we are still seeing to this day.

In a day where we mourn the loss of a legend, it is also a day to remember his life and what he brought to soccer. If it wasn’t for Johan Cruyff, the style of play in modern soccer would be completely different today. Some may have been better players and some may have been better managers, but nobody has had the combination to masterfully be a legend in both like Johan Cruyff did.