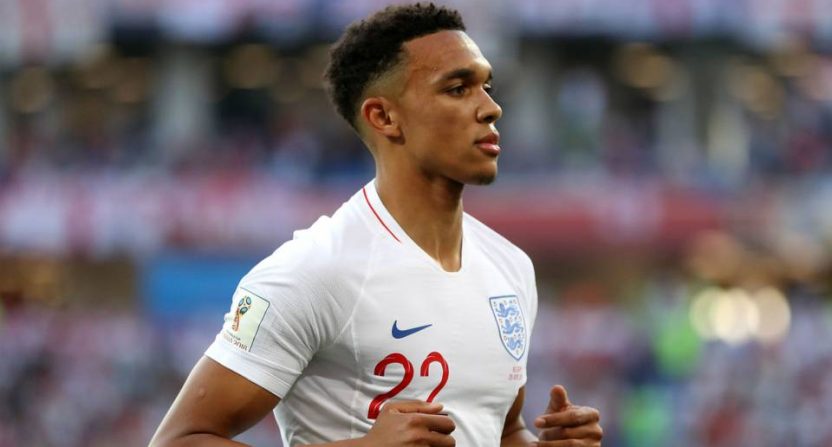 “No one grows up wanting to be a fullback.” Jamie Carragher uttered those words on Sky Sports a few years ago. Undoubtedly it was a partial dig at his friend and commentary partner Gary Neville, but there’s also an element of truth to it.

Heading into Euro 2020 next summer, England’s biggest positional battle is shaping up to be that pesky right back spot. Ordinarily that wouldn’t make headlines, but this one is different. This one is going to be a lot of fun.

Gareth Southgate will be choosing between 20-year-old Trent Alexander-Arnold and 21-year-old Aaron Wan-Bissaka.

Despite their relatively unglamorous positions, both Alexander-Arnold and Wan-Bissaka are incredibly fun to watch. Alexander-Arnold is already one of, if not the best attacking fullbacks in the world. His defensive attributes can be suspect at times, but he’s got plenty of time to develop those skills.

On the other side, Wan-Bissaka is already by far the best defensive fullback in England. He’s a great dribbler but still needs improvement on his control and final ball. He too will likely develop this in time.

So what is Gareth Southgate to do?

The simple choice would be to pick one and go with him, but that’s not really possible. They’re both that good.

The England boss is in an advantageous position. He has one fullback who gives him a little bit more offensively and one who gives him more on the defensive side. The solution is simple.

Since games are played two at a time, give each player one start per international break. This will give a chance for both players to fully acclimate into the team. England aren’t in a particularly tough qualifying group. There aren’t any teams that will expose Alexander-Arnold’s defensive weaknesses and the Three Lions have more than enough firepower to play with Wan-Bissaka.

With both players settled into the team, come Euro 2020, Southgate could then make his selections based on the match. Playing a team that’s going to sit back and defend all match? You can use Alexander-Arnold’s creativity. Facing a powerhouse who will attack you? Shut down their left wing with Wan-Bissaka.

Southgate can also tinker with combinations. When playing Jadon Sancho on the right as a natural winger, he can deploy Wan-Bissaka behind him to give him more attacking freedom. If he chooses to play with more of a “wide midfielder” or forward who drifts inside, Alexander-Arnold can push up to provide the width.

Position battles in international soccer are relatively rare. In most cases, managers avoid them by plugging a square peg into a round hole. A striker will be deployed out wide, a midfielder will be dropped deeper, or a right winger will play down the left. That can’t really happen here as neither player is particularly suited to play on the left.

The other reason they’re so rare is simply because unpredictability means even the best laid plans go awry. Any number of things can go wrong and they usually do. Whether it be injuries, not hitting your potential, a new manager stunting the development of a player. How many times have we seen a team be “set at a certain position for the next 10 years” not actually be set?

The latter half of those examples are unlikely to happen here. If Alexander-Arnold and Wan-Bissaka don’t develop any further, they’re still already among the best in the world at what they do. We can only hope they both stay healthy since they’re already so much fun to watch.

The emergence of these two has already had a ripple effect on the England squad. Kyle Walker was left out of the squad. Gareth Southgate said the experienced Walker was still in his plans but it’s not hard to think the only situation where Southgate calls on Walker is if he goes back to using a back three.

Over the next few years, Gareth Southgate really can’t go wrong with whomever he selects at right back. As hard as it might be to leave one of them out, Southgate will only be wishing he had tight positional battles at all eleven positions.