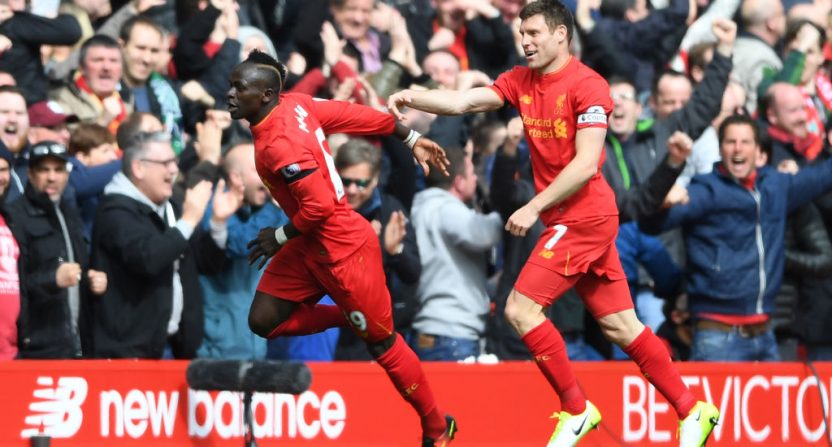 Even before Liverpool and Everton took to the Anfield pitch in the 228th Merseyside Derby, you could tell Liverpool already won. It wasn’t due to the injuries to Seamus Coleman or Ramiro Funes Mori, it was more about Everton manager Ronald Koeman’s gameplan against their Merseyside rival.

In a 3-4-3 formation, Koeman had no choice but to go with a makeshift lineup but featured Matthew Pennington. But as if the 3-4-3 formation wasn’t enough, Koeman said in the pregame interview that Everton planned to press Liverpool and attack, matching Liverpool up to their gengenpress.

Ronald Koeman is a smart man and a great manager but did he watch game film from Liverpool this season? Did he see that teams who usually tried to match Liverpool’s pressing weren’t successful (unbeaten against the top teams) and those who parked and countered (Burnley, Swansea, Hull City, Leicester) defeated Liverpool? Because parking the bus and counterattacking is the way to beat Liverpool and Everton for some reason played into Liverpool’s hands with their strategy. Some may say Koeman had no choice with his squad but wouldn’t that also cause him to bunker his team down even more in order to get a result?

Liverpool manager Jurgen Klopp must’ve seen that and salivated over what could happen. That became clear as early as the 8th minute as Sadio Mane twisted and placed his left footed shot into the lower right corner of the goal to put Liverpool up 1-0.

Even after Liverpool’s defense gave up a set piece goal (first career PL goal by Pennington) by standing around doing nothing, something they have done all season, Philippe Coutinho came back to give Liverpool the lead once again.

Finally, to finish things off once and for all, Divock Origi got an open look and sealed the 3-1 win for Liverpool. If someone in the Kop doesn’t have a banner soon that says “If you smelllll what Divock is cookin’,” I will be sorely disappointed.

This was why Liverpool defeated Everton 3-1. Not taking away anything from Liverpool, they deserved three points, and they had their own injury issues with Jordan Henderson, Adam Lallana and Daniel Sturridge pregame as well as for Sadio Mane and Emre Can. But Everton went in choosing to be at a disadvantage with their strategy and have nobody to blame but themselves for another Merseyside Derby loss.