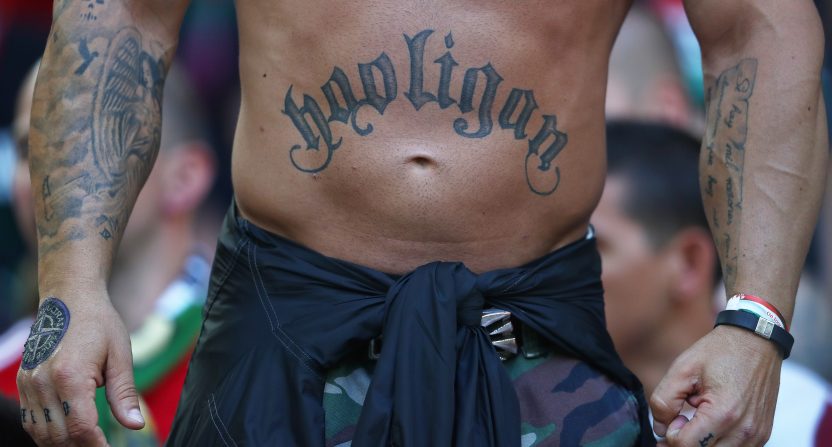 Hooliganism is an unfortunate subculture of sports. Some fans care so much (or so little) about their team, they opt for chaos. Generally, those fans do more harm than good.

One Russian lawmaker has a fix: Legalize it.

In the very real news ahead of the 2018 World Cup in Russia, Russian lawmaker Igor Lebedev is drawing up rules to make the brawls between soccer hooligans a sport.

The idea is bonkers.

Lebedev’s “draka” proposal would see a 20-on-20 brawl of unarmed fans in an arena.  Yes, really.

Surely, fans will brawl at the World Cup. Inebriated fans duking it out has become a staple of World Cups. However, that doesn’t mean it should be turned into a sport. Fighting is stupid. Passion is allowed, but come on. Don’t encourage that kind of nonsense.

Somehow, Lebedev is sure the proposal won’t lead to fans being in danger. Via Sports Illustrated:

In a statement on the website of the nationalist LDPR party, Lebedev said organized brawls ”could turn fans’ aggression in a peaceful direction.” He also claimed it would serve as an ”example” for English fans, who he characterized as undisciplined louts and poor fighters.

”Russia would be a pioneer in a new sport,” said Lebedev, who also suggested fights between different fan groups could draw crowds of thousands. ”English fans arrive, for example, and start picking fights. And they get the answer – challenge accepted. A meeting in a stadium at a set time.”