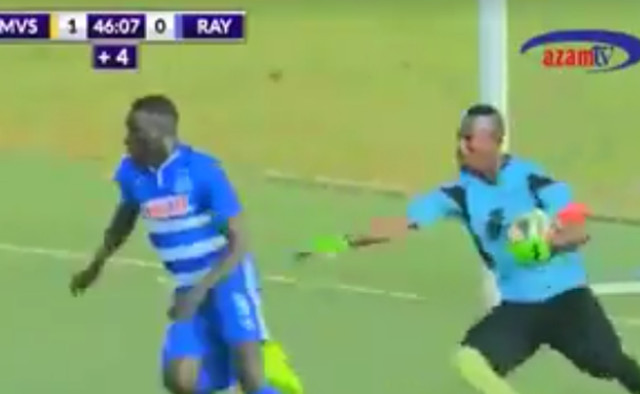 Rare is the sports fan that isn’t at least a tiny bit superstitious. Everyone seemingly has something they do to tip the scales of fate in favor of their favorite team. There’s always that one lucky jersey, that one special seat, or that one charmed pregame ritual. But in most cases, that doesn’t lead to accusations of witchcraft.

Those fans know that it’s just a silly little habit with no real bearing on the outcome of the game, but deep-down a small part of them thinks that maybe, just maybe, their little habit sends some good juju their team’s way — enough to maybe even win the game. After all, it may not actually work, but there is certainly no harm in trying.

Well, unless you live in Rwanda. Then there is absolutely harm in trying. The Rwandans take any whisper of nefarious activity seriously. Perform any of those superstitious rituals, and you might just find yourself charged with witchcraft.

Yes, you read that right. The Federation of Rwanda Football Associations (FERWAFA) announced on Dec. 24 that it will be cracking down players, coaches, and club officials who engage in witchcraft.

It seems this rule came after a very interesting incident in a Dec. 16 Rwandan soccer match between Rayon FC and Mukura. Down 1-0 in the final minutes, Rayon forward Moussa Camara ripped up what looks like a blade of grass (or maybe something else?) from the Mukura goal, and sprinted to his sideline to pass it off for safekeeping. He then proceeded to score the equalizer shortly thereafter. However, it’s Mukura keeper Andre Mpazimpaka who’s been accused of witchcraft, perhaps with whatever Camara grabbed.

The video is a pretty hilarious watch, thanks to how incensed the Mukura players become at Camara’s actions. But look closely to see if you can spot the witchcraft at work.

The federation admits there is no scientific way to prove witchcraft, but that doesn’t mean it’s not real, dammit. Any whiff of misconduct could potentially bring sanctions.

Since there is no scientific way to prove the use of witchcraft, these measures will base upon reports from match officials and anything that is deemed to incite witchcraft will be put under consideration.

The punishments are no joke either. A coach accused of witchcraft could be banned for four games and fined, and players also face a three-game suspension as well as a fine. Should a club be found guilty, it will be docked three points and fined.