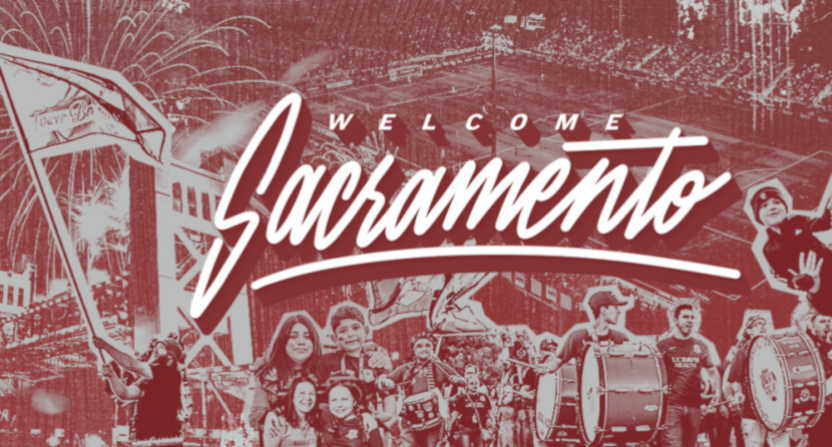 In a Friday news dump for the ages, Major League Soccer announced at 7:49 p.m. Eastern Friday that Ron Burkle, the planned majority owner of the upcoming MLS expansion team in Sacramento (and the co-owner of the NHL’s Pittsburgh Penguins, and a billionaire from his The Yucaipa Companies private equity firm) has pulled out of the project. That doesn’t necessarily mean that there won’t be a MLS team in Sacramento in 2023 as planned (initially 2022, but bumped a year last July “as a result of the coronavirus pandemic,” with the current Sacramento Republic FC slated to play in the USL Championship until then); another majority owner could step up. But it does mean that expansion now looks a lot less certain. Here’s the MLS statement on this:

Earlier today, Ron Burkle informed the League that based on issues with the project related to COVID-19, he has decided to not move forward with the acquisition of an MLS expansion team in Sacramento.

After working for many years to bring an MLS team to Sacramento, the League continues to believe it can be a great MLS market. In the coming days, the League will work with Mayor Darrell Steinberg to evaluate possible next steps for MLS in Sacramento.

“I want to thank Mayor Steinberg for his continued efforts to bring MLS to Sacramento,” said MLS Commissioner Don Garber. “His commitment to the city and delivering for its passionate soccer fans should make all citizens of Sacramento proud.

“Interest in owning a club in Major League Soccer has never been higher. And I remain incredibly optimistic about finalizing expansion plans for our 30th team.”

While “issues with the project related to COVID-19” is not particularly specific, July’s year bump came with discussion of delays to the Railyards Stadium project related to the pandemic. That project was supposed to get under way last summer, was cited as proceeding in “the fall” instead at that point, but construction still hadn’t actually begun by late October. And as per Tony Bizjak and Marcos Breton of The Sacramento Bee, construction still hasn’t begun, and costs have risen (as did the entrance fee MLS was asking for, which went from $150 million when Sacramento’s group applied to $200 million by the point they were accepted):

Burkle and league officials failed to agree to a final contract deal, with sticking points including the $300 million cost of the stadium, which was to have been built in the downtown railyard.

Burkle made a point the day of that [2019] announcement in saying he was not pleased with the amount required as an entrance fee into the league, a number that had jumped from $150 million to $200 million by the time Sacramento’s entry bid was accepted by the league. But, he said, he felt he could make the deal work.

Since then, the soccer stadium costs have escalated during a one-year construction delay caused by the COVID-19 crisis which hit last year just months before the team was planning to begin stadium construction.

Although Burkle signed a preliminary agreement in 2019 with MLS, the two sides never came to an agreement on a formal long-form agreement.

It’s notable that back in January, Meg Linehan, Pablo Maurer, Jeff Rueter and Sam Stejskal of The Athletic reported that the Sacramento ownership group had missed a December deadline for submitting that agreement and a payment on the expansion fee. Here’s what that piece said on what was going on, and what MLS’ response at that time was:

It’s not currently clear why the group missed the deadline for submitting the MLS expansion agreement. Multiple sources said that there is an ongoing disagreement over a payment allegedly owed to club co-founders Warren Smith and Joe Wagoner, who sold their stakes in the organization in May 2017. However, one source said that particular dispute had no bearing on the group missing the December deadline, instead pointing to the ongoing financial and logistical ramifications of the COVID-19 pandemic as the reasons for the delay.

MLS issued the following statement to The Athletic regarding the situation:

“Major League Soccer continues to work with Ron Burkle to finalize the long-form expansion agreement and remains focused on a successful launch of Sacramento Republic FC in 2023, along with the opening of a new stadium at the Railyards.”

Well, MLS is not working with Burkle any longer. We’ll see if they can find someone else to take his place and complete this expansion process. It’s also worth keeping in mind that the NWSL announced a Sacramento expansion team last month, and that Burkle and planned Sacramento MLS co-owner Matt Alvarez were said to be involved, and a Burkle spokesman described him as lead investor there too, but the league never confirmed details of that ownership group. So that league’s expansion plans could also be affected by this.

[MLSsoccer.com; The Sacramento Bee; The Athletic; top image is a MLS image via the New England Revolution at the time of the 2019 announcement]