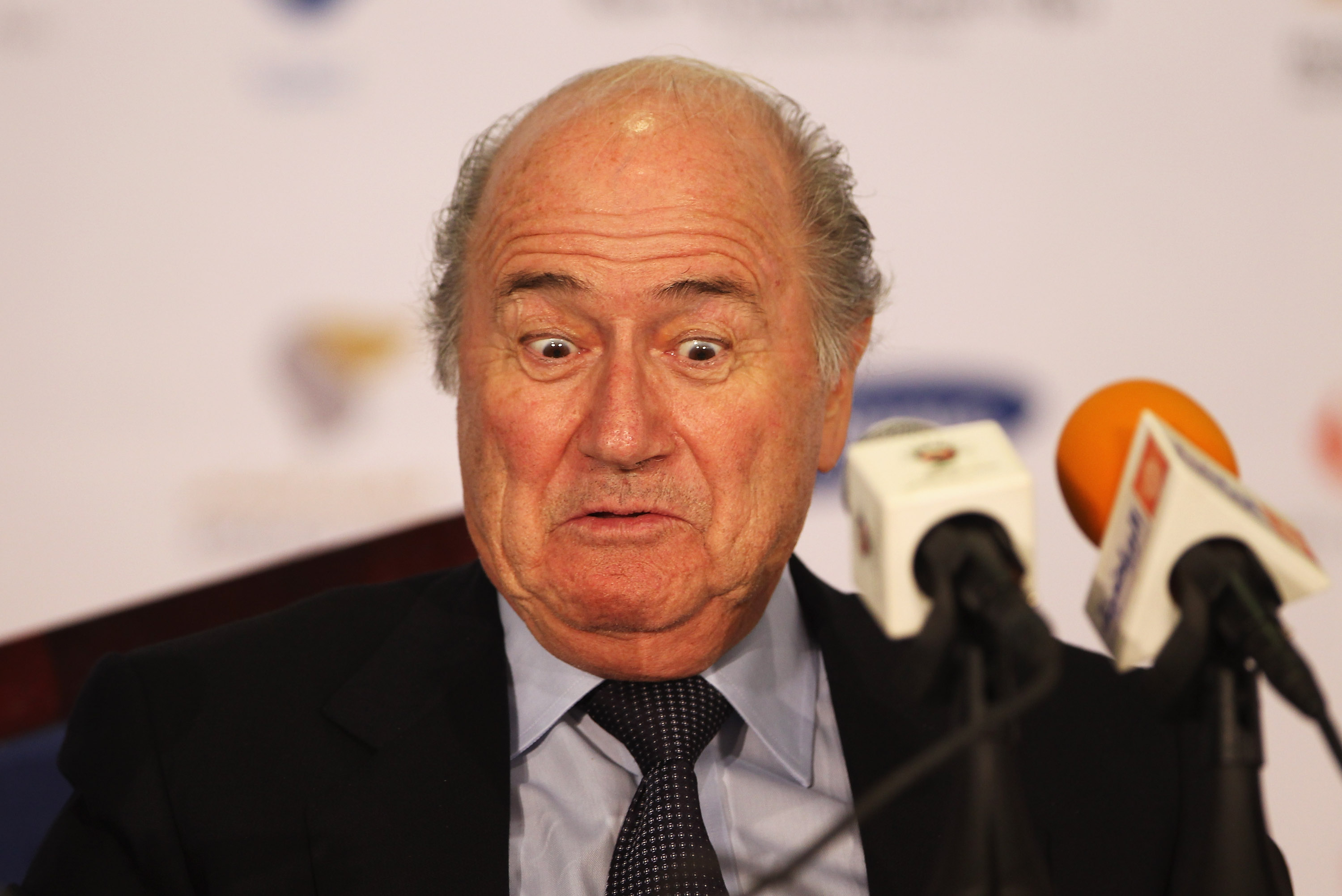 FIFA president Sepp Blatter is not long for his current job. As of Thursday, he has less than 24 hours left in a post he has held for 18 years. But despite a crazy last year that has seen his organization disgraced and himself banned for six years, Blatter still sees himself as a success amongst other crazy statements.

Blatter spoke to the New York Times ahead of his final day at the helm of the organization and apparently nothing will change for the 80-year-old head of FIFA. He’ll wake up and dance like he always does, enjoy life and continue to believe he has done nothing wrong.

However, that isn’t even the tip of the iceberg in this interview. There’s blaming of Europe for a “smear campaign” against FIFA presidential candidate Sheikh Salman bin Ebrahim al-Khalifa, invoking of religion in defense of Sheikh Salman and even a reference to why football has been immune from terrorism.

Blatter has long refused to publicly back any specific candidate for the new FIFA presidency, but it became pretty clear in the article that Sheikh Salman is his preferred candidate. He noted that the efforts to bring up potential human rights violations in his country of Bahrain are all an attempt to discredit him and not founded in reality.

He then invoked the bible to defend the Muslim royal figure and suggested European countries are not exactly clean on human rights either:

“In his country, it’s a kingdom, so it’s different,” Mr. Blatter said, before questioning whether European countries “are very clean when they come to human rights?” He then invoked his religion, saying, “You know, in the bible, it is said: don’t judge, otherwise you will be judged.”

Things would only continue to get more insane after that, as Blatter would go on to explain that football (or soccer as its known here in the USA) has been immune from terrorist attacks because it’s a unifying force.

In a bizarre explanation, Mr. Blatter noted that the terrorist attacks at the Stade de France near Paris last November “were only outside the stadium,” adding that, “So far, all these outlaw groups, they have never attacked football because they know and they feel that football is for everybody.”

He continued: “And no footballers have been killed while playing. I think football is something that puts people together that gives them hope.”

Never mind the fact that the Paris attacks at the Stade de France only happened outside the stadium, thanks to the diligent work of security officers at one entrance in to the stadium. Had one person not been observant, we’re talking about a completely different terrorist attack.

However, Blatter’s most crazy moments were reserved for his own legacy, including the fact that he still believes he did nothing wrong and that his ban should be reduced even further by the court for arbitration of sport.

“This ban of six years, eight years, 20 years — whatever it is, it will not be upheld by the tribunal,” Mr. Blatter said, referring to the Court of Arbitration for Sport. “In their ruling, they took out bribery and corruption —– so what is left if there is no bribery and corruption? It’s not logical.”

He smiled. “I have also worked double than Platini — they should have given me four years reduction, not two,” he said. “He is 60 and I am 80.”

After an 18-year spell at the helm of FIFA, Blatter’s name will no doubt always be linked to the organization, but it seems the outgoing 80-year-old president doesn’t seem to get that it won’t be in a positive light.

He would leave the article off on this “high” note: “Enough is enough,” he said. “I will always be a president.”