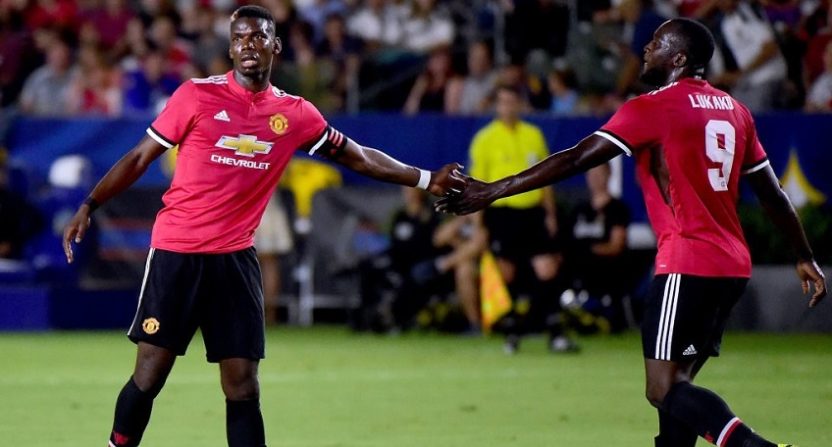 Imagine the MLB trade deadline extended for three months and involved every team in Major League Baseball. Imagine if the drama extended to every superstar and every fan base in the sport. That’s what you get in the soccer summer transfer window: a seasonal soap opera that’s too good to be fiction.

Sooccer’s summer transfer window is unique when we think about the major American professional sports. Players aren’t traded from one club to another, but bought and sold on top of the contracts clubs have to pay players. And they aren’t just bought and sold within a league or within a country, but all around world soccer.

The spending power in world soccer, especially this summer, has dramatically changed the game on the transfer market. One record fee after another has been agreed to as many clubs smash their previous transfer record in buying new players and hoping to compete for a championship. As just one example of the money being spent in the Premier League, Manchester City signed Tottenham Hotspur right back Kyle Walker to a deal worth 50 million pounds, even though Walker lost his spot in the starting 11 to someone Man City let walk years ago.

The latest and greatest example of the transfer market soap opera centers around Brazilian superstar and Barcelona winger Neymar. He is the subject of a shock swoop by French giants Paris St. Germain who are attempting a 222 million euro move that would bring him to the French capital.

Neymar moving from Barcelona to PSG would be one of the biggest transfer surprises maybe in the history of the sport as Barcelona aren’t exactly known as a selling club. To see another club from another country come in to grab one of their headlining players would upset the balance in world soccer.

But here’s where the soap opera aspect comes in. It could be weeks before Neymar’s transfer is finalized before the August 31 transfer deadline, if it even happens at all. The offer is one thing, but does Barcelona really want to sell Neymar or is PSG’s absurd offer just too good to pass up? For that matter, would Neymar really be content to play in Ligue 1 instead of La Liga? Regardless, there are sure to be a number of twists and turns over the next several days as reports of varying credibility will try to capture what exactly is happening at each possible moment.

Adam Schefter and Adrian Wojnarowski have become household names stateside because of their reporting on various transactions in the NFL and NBA, respectively. Because soccer is the world’s game, it’s impossible to locate one or two leading journalists who are the go-to sources for transfer deals taking place. Instead, tabloids around the world (and especially in the UK) breathlessly report every single piece of rumor and innuendo.

There were even reports about a possible transfer for Cristiano Ronaldo from Real Madrid, but those have subsided in recent weeks. It seems like every major club in Europe has put a bid on Monaco phenom Kylian Mbappe, but it looks increasingly likely that he will stay at Monaco at least for one more year.

And that’s not to mention all of the accounts on social media, where it’s impossible to tell who to believe and who not to believe. Every hour of every day, the player’s agent is meeting with clubs representatives or a medical is being scheduled or a fresh bid for a player is being made. The transfer window perfectly satisfies our desire to be fed with news on a 24/7 basis, whether developments are actually true or not. It’s not so much the deals that actually get signed and completed, but the drama that takes place throughout the summer.

Take Liverpool, for example. Manager Jürgen Klopp has led the Reds back to the Champions League and fans have expected a summer of spending to help them get back to the top of the Premier league and compete more equally with the likes of Chelsea and Manchester City. Already this summer, the Reds have beaten their previous transfer record by signing winger Mohammed Salah from Roma for 39 million pounds. But all throughout the summer transfer window, the central dramas have focused around their pursuits of Southampton defender Virgil Van Dijk and RB Leipzig midfielder Naby Keita.

Van Dijk looked set to move to Liverpool last month but in a stunning turn of events, Southampton accused Liverpool of improperly reaching out to the player and Liverpool was forced to publicly apologize and back off their interest in the defender. This happened in spite of reports that Van Dijk has his heart set on a move to Liverpool. And the drama is not over yet by a long shot. There are constant rumors nearly every day about Liverpool reviving their interest in Van Dijk and that if he were to hand in a transfer request, a deal could happen.

Liverpool are also in a game of “who will blink first” with Lepizig over their sensational midfielder Keita. After just one season in Germany, Keita starred for the upstart Bundesliga side as they qualified for the Champions League for the first time. Keita is reportedly Liverpool’s number one target this summer. H9wever, Leipzig has been steadfast that they will not sell Keita or any of their star players. They want to become the next super power in German and European soccer and with the money from Red Bull, they have every opportunity to do so. To sell Keita now would be to establish themselves as a selling club and not a buying club, which is about as big of a demarcation line as there is in world soccer. (See Neymar’s shocking proposed move from Barcelona to PSG.)

On Wednesday, it was reported that Lepizig turned down a second Liverpool bid of 66 million pounds. But again, the saga isn’t over, not by a long shot. After that news became available, at least one report said Keita’s agent was in Hong Kong talking to Liverpool, and any deal was very much still alive. Klopp was even asked about the failed bid in a press conference after a friendly in Hong Kong and joked about taking a trip to Vegas.

That’s just a small slice of the summer transfer market. For soccer fans, all of the rumors and all of the speculation and all of the potential players changing teams have become maybe even more enthralling than the games themselves. Just take a look at how Manchester United fans celebrated signing Everton star striker Romelu Lukaku after it seemed to be a foregone conclusion that he would move to Chelsea. While United hasn’t been a serious challenger for the EPL title since Sir Alex Ferguson departed, the signing of Lukaku this summer and Paul Pogba last summer have provided the club with some bragging rights and some hope.

How did Chelsea respond? By signing Real Madrid striker Alvaro Morata who had been linked for weeks with, you guessed it, Manchester United. That’s just in England, too. In Italy, long-dormant giants AC Milan have made splash after splash this summer in hopes of resurrecting a club that has long been one of the biggest in Europe.

And that’s the draw of any transfer window or trade deadline, isn’t it? The belief that if my team could acquire new talent, that would be enough to put them over the top and win a championship. That’s what keeps us coming back for more. That’s what keeps us refreshing our social media pages multiple times a day. That’s the fun of it all.

This summer has already had a number of dramatic twists and turns in the transfer window. Who knows what can happen next? We still have more than one month to go and the most amazing thing is that anything is still possible.