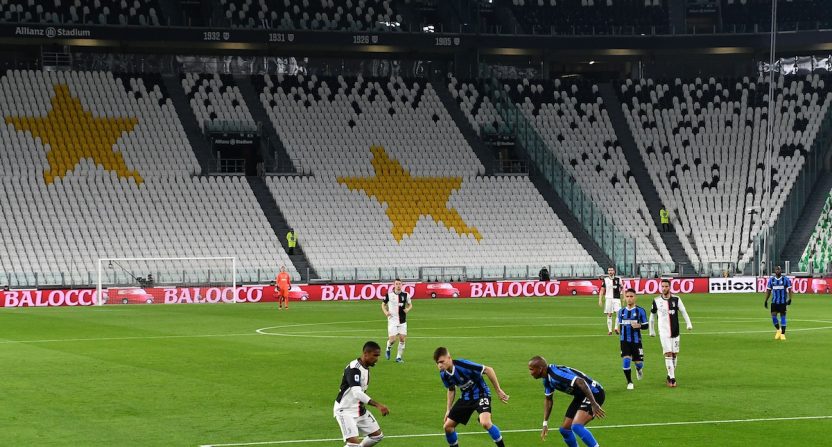 Many areas of the world have been undergoing an outbreak of the coronavirus and it has gotten so bad that Italy has quarantined over 16 million people in the northern part of the country in an attempt to better contain the disease.

In addition to the quarantine, Italian prime minister Giuseppe Conte has ordered that sporting events in Italy are to be suspended until April 3.

Obviously, sports is secondary for a situation like this where people are dying but this is the latest in sporting events either being canceled or played without spectators. In Formula 1, the Chinese Grand Prix was canceled due to the coronavirus while this past weekend, Bahrain Grand Prix officials revealed the race would go on without spectators. Despite having their headquarters inside the quarantine zone, Ferrari is sending their team to Australia for the season opening race this weekend.

In soccer, Serie A games have either been postponed or played behind closed doors. The Italian Derby between Juventus and Inter was played to no spectators, France announced similar action and countries like Spain announced that Italian teams playing in Spain would have no spectators. This means that four of eight UEFA Champions League games over the next week will be played to no fans. The Euros are set to begin this June and is set to take place all over Europe. Between that and the Tokyo Olympics, decisions may need to be made about whether or not to have the events.

In the United States, the NBA and MLS, among others, have been on alert on dealing with the virus but there have been some notable cancelations. Because of someone nearby testing positive, The BNP Paribas Open in Indian Wells, the largest attended non-tennis major was canceled while a couple WAC schools canceled their games. As of now, the NCAA is going to let fans attend the NCAA tournament.