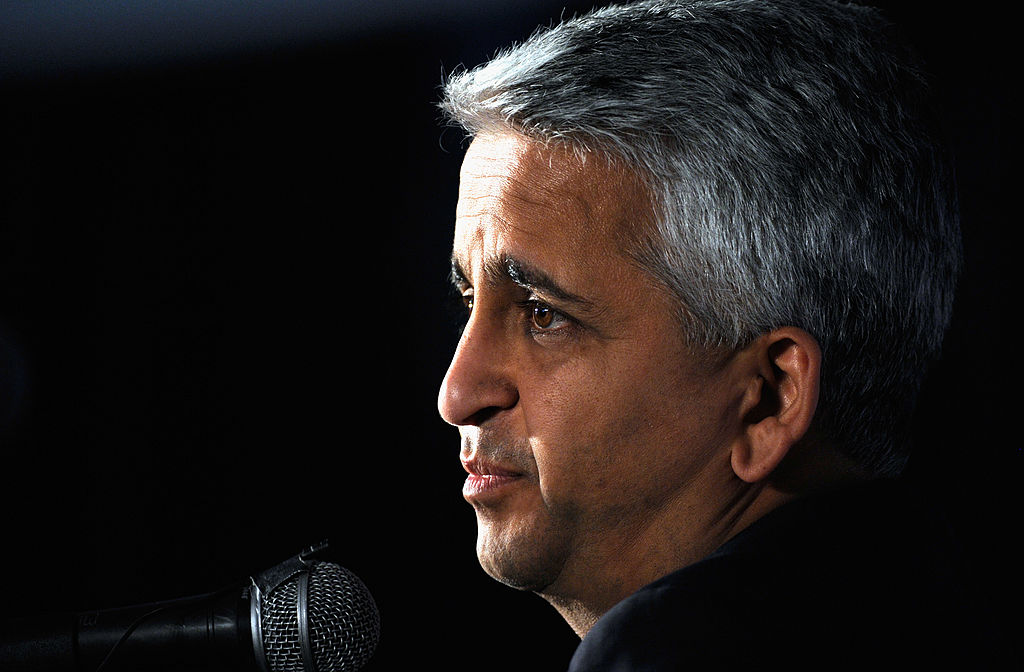 For decades, Sunil Gulati bided his time, rising from a volunteer to president of U.S. Soccer. And slowly he climbed, rung by rung, from the local organizing committee of the 1994 World Cup to FIFA’s mighty Executive Committee.

There was always a sense about the Indian-American economics lecturer at Columbia University that he was playing a very long game.

On Friday, he may have finally made his move.

Gianni Infantino became the new FIFA president, after he and Sheikh Salman Bin Ebrahim Al Khalifa duked it out for the disgraced Sepp Blatter’s vacant office. But it took two rounds of voting. And with the smoke slowly beginning to clear, it’s looking very much like Gulati brought Infantino the requisite votes from Prince Ali Bin Hussein after the first round. The American seems to have engineered the migration from the Jordanian prince, who stood no real chance of winning, to Infantino and away from Sheikh Salman, thus sealing the deal for the Swiss. Gulati also seemed to work the room better than anyone, including FIFA ExCo member Sheikh Ahmad of Kuwait, who was seen as an advocate for Sheikh Salman and was viewed as the most powerful man in the room. It seems not.

While Gulati was vague in an interview with FOX Sports afterwards, he did concede that “talks” had taken place and generally refused to deny his role in the politicking. This is significant for all kinds of reasons.

Chiefly, it apparently heralds Gulati’s arrival as a kingmaker at the sport’s highest echelon, thanks to his carefully cultivated influence over his colleagues. With Chuck Blazer long gone from the Executive Committee – in his own spectacular downfall to rival Blatter’s – that once again means a robust presence in FIFA corridors to represent American interests.

But just as significantly, this positions the USA ever so well for its expected bid for the 2026 World Cup – after it lost out to Qatar for the 2022 edition by a single vote amidst a range of dodgy dealings. After sweeping reforms were also passed on Friday, Infantino will no longer oversee the organization’s business dealings, like Blatter did. And nor will he hold the tie-breaking vote in World Cup voting. The Executive Committee, in fact, won’t get to vote either. It has been rebranded and expanded into the FIFA Council, but the World Cup voting will now be done by all 209 member nations and territories.

If Gulati really did hand Infantino the presidency, that might not directly mean quite so much for landing a World Cup as it might have before the reforms. But it nevertheless suggests that the man in charge is beholden to the USA in some way, whether anybody would actually admit to this publicly or not.

Gulati initially told FOX Sports that Infantino “understands the U.S. side of things quite well” suggesting that he will look out for it. And even if the powers of Infantino’s office have been largely stripped from it, he will nevertheless be the face and voice of FIFA. And with a strong electoral mandate, he will be able to set an agenda and exert pressure to bend the World Cup voters to his will.

This is a subject that has already been broached. Gulati circled around the subject of the 2026 World Cup somewhat, when asked about it, but then he landed squarely on it. “It’s a little early to talk about 2026,” Gulati said. “But you can rest assured that it got brought up in some of the discussions we had in the last couple of days.”

Plainly then, it isn’t that early. Because talks have already happened about 2026. The wheels have been set in motion.

Soccer has grown tremendously stateside since the 1994 World Cup was held here. U.S. Soccer argued in its 2022 bid that another edition held in America would put the sport over the top. It might yet in 2026. And not only that, but it would underscore the new status of the USA as a player in global soccer governance as well. Infantino became president of FIFA on Friday, but it may have been Gulati, who showed how much power he holds.