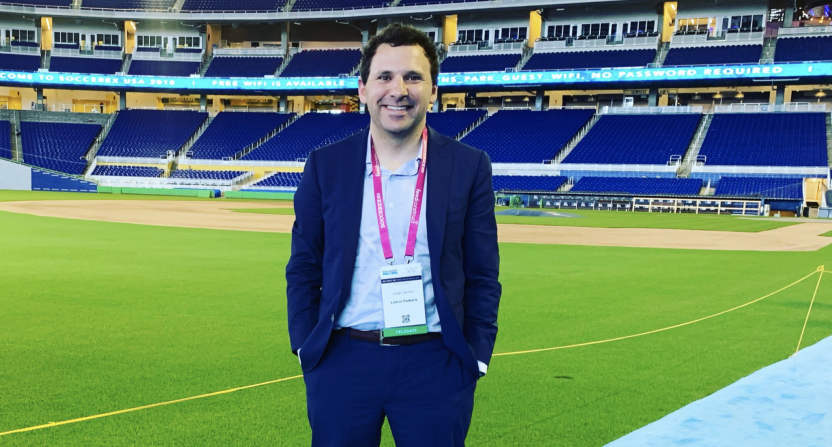 Until the end of time it seems that the debate among American fans and pundits over the best way to develop young American players will keep raging on. One side of the argument will be those who believe players should be cutting their chops in Major League Soccer, where they are more likely to get consistent first team playing time. On the other side are those who believe that promising youngsters should be moving to Europe as soon as possible to get better coaching and try to break into the first team.

Both have their ups and downs. MLS clubs lack the depth of European squads. Most MLS clubs don’t have the squad depth to push their starters and make them truly fight for their place every week. Not having to fight for a place could create a complacency for a player, which is the worst thing any young player can have.

In Europe, a member of the youth team is just a number, the personal investment isn’t nearly as large. Players are thrown into a situation where the clubs are asking them to sink or swim, and if they sink, they’ll just bring in another youngster and their career is virtually over before it even starts.

We know there is no right answer. Every player is unique and what works for one may not work for another. Nevertheless the truth is having two different choices, really isn’t a lot of choices.

Gardner already has ownership stakes at Dundalk in Ireland and with Swansea City in England. Now he plans to buy Danish team FC Helsingor with the intention of using it as a means to develop young American players as he outlined to Grant Wahl on last week’s Planet Futbol podcast for Sports Illustrated.

Gardner chose Scandinavia for a few reasons. The level of investment isn’t as much as it would be in the US or the big European leagues, the foreign player rules are very lax, but most importantly because the football culture is right for his idea.

Last week, I wrote about the importance of clubs knowing their place in football’s hierarchy. That’s something that very much exists in Scandinavia. Clubs pride themselves on fielding squads of young players and giving them a place to develop. They take even more pride when they see them move on, and succeed, at the bigger European clubs.

Gardner’s idea is great for the development of American soccer. Failing to qualify for the 2018 World Cup should serve as a wake up to Americans everywhere, that what we were doing wasn’t working. We can’t keep relying on MLS to develop and nurture our young players, but we also can’t keep sending our youngsters to clubs that are too big for what they’re ready for.

Contrary to what people may think, MLS and US Soccer do not go hand in hand. They are two different entities with different interests. Yes, the growth of soccer in America is good for both of them but both have different interests in how we achieve that growth.

MLS needs to put a good product on the field. In recent years, one of the means of achieving that has been MLS clubs signing a lot of good young talent from South American countries. That’s been great for MLS, but just provides another roadblock for Americans to break into their team’s starting XI.

There’s always been the argument that in order for American players to really grow, they need their best players to be playing against the best players in the world, which would be in the UEFA Champions League. Unfortunately, Americans don’t have a great record with that.

Landon Donovan, the (2nd?) greatest American player ever, flamed out at both Bayer Leverkusen and Bayern Munich. DeAndre Yedlin couldn’t buy a game at Tottenham and Cameron Carter-Vickers will likely never break into the first team there either. Matt Miazga will never play for Chelsea again and the less we say about Julian Green here, the better.

Those failures have oddly scared American fans and only added fuel to the “players should stay in MLS” argument. It’s almost as if people think, if you can’t make it at a Champions League club, why bother even going to Europe?

That’s what makes Gardner’s idea so terrific. The Champions League is a great goal, but it’s not one that can be attained overnight. You need to take baby steps. There’s nothing wrong with playing in Europe at a less glamorous club.

I’ve long said that instead of focusing on getting our players to Champions League clubs, we should be focusing on getting our players into the Europa League. America’s greatest goalscorer, Clint Dempsey, developed the most when he was at Fulham (he also scored that goal against Juventus and played in a European final). Stu Holden was blossoming into a fantastic midfielder at Bolton. Geoff Cameron became a rock for the US while playing at Stoke. Jay DeMerit went from wandering wannabe footballer to World Cup defender at Watford. The aforementioned Landon Donovan thrived at Everton. Michael Bradley played his best football while bouncing around mid and bottom of the table clubs in Germany, England, and Italy.

That’s the opportunity that Gardner’s Scandinavian clubs can provide. It’s not even about playing overseas. It’s about being exposed to different styles of play and meshing it into your own game. Even more, the Scandinavian leagues also provide an entry path into the Champions League and Europa League, which will allow these players to be exposed to even more styles of play.

Jordan Gardner is thinking outside the box. He’s not going to be fielding an American developmental team. Not every player at his Scandinavian club will be American, and not every American who plays there will make it to a bigger club.

What Jordan Gardner will ultimately do is give Americans another option in their development path. And the more options there are, the more US Soccer will benefit.