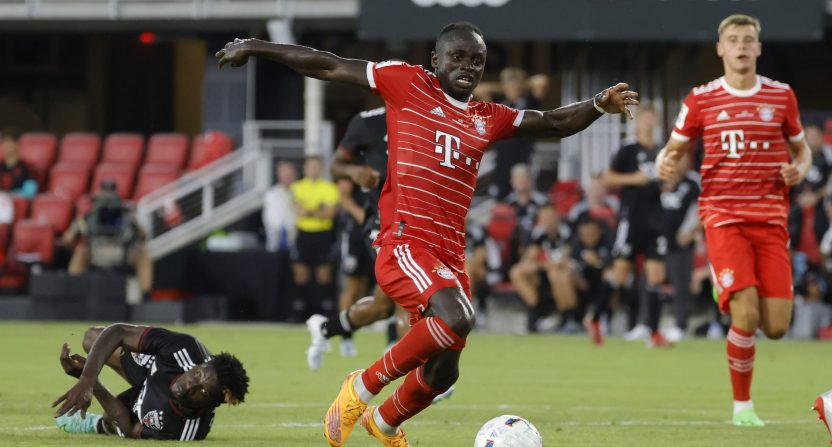 Having the 2022 World Cup in Qatar in November and December instead of the summer meant players in Europe and most of the rest of the world must stop in the middle of their club seasons and fly to the Middle East to join their national teams.

Inevitably, that meant there wasn’t time for players to recover from injuries sustained in the final weeks before the game begin.

Here’s a look at the top 11 players overall who won’t be representing their country in Qatar.

The absence of the reigning FIFA Player of the Year stunned the soccer world just hours before the first game was set to kick off. Benzema injured his thigh during Saturday night’s practice ahead of France’s opener against Australia on Tuesday.

The Real Madrid forward was not on the 2018 World Cup squad that won it all. At 34, this was perhaps his final chance at a World Cup title.

RB Leipzig forward Christopher Nkunku’s injury is another blow to the French attack. The 25-year-old is one of the bright, young stars who would’ve made his World Cup debut for France. Nkunku was on fire in the German Bundesliga with 12 goals in 15 goals before tearing a ligament in his knee.

Senegal was a favorite dark-horse pick for a deep run at the World Cup. That was before Bayern Munich forward Sadio Mané picked up a leg injury less than a week before leaving for Qatar.

Mané, one of the fastest players on the planet and an excellent finisher and passer around goal, had successful surgery that required a tendon to be reattached to his fibula, Bayern said in a statement.

Chelsea right back Reece James, one of the top players at his position in the tournament, suffered a knee injury on Oct. 11 against AC Milan in the UEFA Champions League. England coach Gareth Southgate did not name James to the squad because he would not be available until the round of 16 at the earliest.

The RB Leipzig striker has struggled with an ankle injury this season which will keep him out of the World Cup. Attacking midfielder Marco Reus is another notable injury for the 2014 World Cup winners who failed to advance from the group stage in Russia.

The Liverpool forward has played his best since joining Jurgen Klopp’s side at Anfield, but he will miss the World Cup with a calf injury. He suffered the injury in the late stages of a win against Manchester City. This would have been the 25-year-old’s first World Cup selection.

Another Chelsea player will miss the World Cup and leave a major hole in France’s central midfield. N’Golo Kanté, who started every game for France at the 2018 World Cup, is out until February with a hamstring injury. Midfielder Paul Pogba, and defender Presnel Kimpembe — starters in 2018 — are also out of this World Cup.

All eyes will be on Lionel Messi in what’s likely to be his final World Cup. He’ll have one less attacking option to help him win a title in the twilight stage of his career without Nicolás González.

The Fiorentina forward was removed from the roster after taking an injury in training this week ahead of Argentina’s Group C opener against Saudi Arabia on Tuesday. He scored three goals during Argentina’s World Cup qualification run.

The Dutch midfielder broke his leg back in August playing for Roma. Wijnaldum, 32, has 86 caps with the Netherlands including seven World Cup games in 2014. The Dutch failed to make the 2018 World Cup.

While coach Tata Martino manages the fitness of Premier League striker Raul Jimenez, Martino will need to find a way out of a group with Argentina, Poland and Saudi Arabia without tactician Tecatito Corona in the attack. Corona fractured his ankle in August and is still recovering from his surgery.