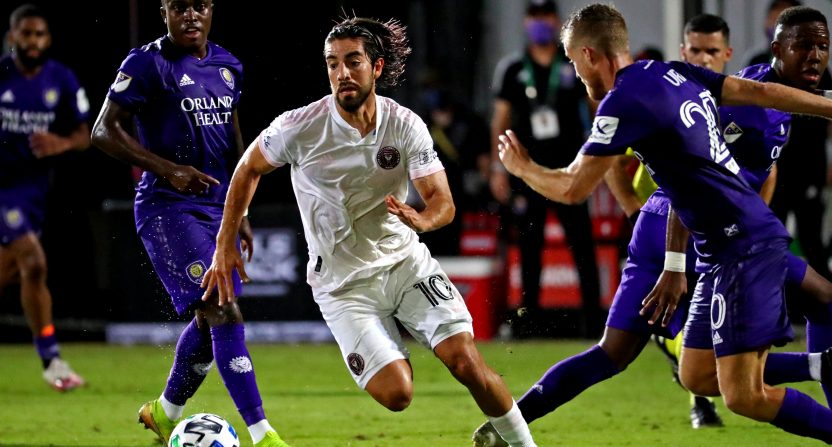 Optimism isn’t exactly a personal trait of mine. Some may think I’m a pessimist but I’m more of a realist. You hope for the best but you prepare for the worst and then if things turn out better than you expect, it’s a refreshing bonus and you feel much better. If the past four months is any indication, there’s been a lot of preparing for the worst.

When MLS and the NBA had plans to continue their seasons at ESPN’s Wide World of Sports in Walt Disney World, it was met with skepticism. At the time, things weren’t so bad but then Florida’s COVID-19 positive cases skyrocketed and they’re now one of the biggest hotspots in the world. Suddenly, housing hundreds of people in the vicinity of many open theme parks, keeping them there for a month or two, and potentially depriving locals medical resources in order to play a game didn’t look great. But after an expected rough start from both leagues, things are going as well as these leagues hoped.

While the NBA just recently reported zero positive cases in 346 tests, MLS is the big focus. The first to attempt the Orlando bubble, they had many initial struggles in keeping things safe. That was to be expected but it was bad enough to result in FC Dallas and Nashville SC to leave the MLS is Back Tournament. FC Dallas had at least six test positive while Nashville SC had nine players test positive. And then as a result, a player from Columbus Crew SC and Sporting Kansas City had tested positive.

While that’s certainly an argument that the bubble wasn’t working, recent reports have turned things around. In MLS’ latest round of testing, 1,103 people were tested this past Monday and Tuesday and zero positive tests were reported. In even better news, it was the fifth consecutive round of tests where no one tested positive, marking 12 consecutive days without a positive test. A D.C. United-Toronto FC game was delayed last week after a D.C. player tested positive (later proved to be a false positive) and a Toronto player’s test was inconclusive. After both tested negative, the game was played later that same day.

The timing of the frequency of these positive tests touched on a debate between MLS and its teams on how best to prepare for the tournament. Weeks before the MLS is Back Tournament, the league wanted teams to be quarantined in Orlando for two weeks before play. That way, they would be separated from everyone other than those within the bubble and have plenty of time to develop symptoms before play. Instead, teams wanted to do their quarantining in their own city and wait until the last possible moment before going to Orlando.

What happened was these positive tests were happening during the first two weeks of the tournament. After about two weeks, things calmed down and MLS has seen no positive tests. Maybe the end result wouldn’t have changed, and two teams would’ve still needed to sit out, but it can be argued that teams being in Orlando for an additional two weeks would’ve pushed the higher risk of positive tests to before the tournament and the actual tournament would’ve been run a lot smoother and had attracted less criticism from fans and the media.

MLS, and NWSL in Utah, were case studies for the other stick and ball sports as they prepare to continue or begin their respective season. Some are going with a centralized location to hold games, others are going to play in the regular stadiums. But if the players are willing to go for it, it might be best to study the benefits of having everyone quarantined together. After an initial rough spot, NWSL, MLS, and the NBA have experienced the best case scenario. It’s even more impressive that MLS and NBA have been able to do that given they’re in the middle of Florida. The future is unknown and there may be a point where even a bubble is too dangerous but that might be a better scenario than teams traveling all over the country to play their games.