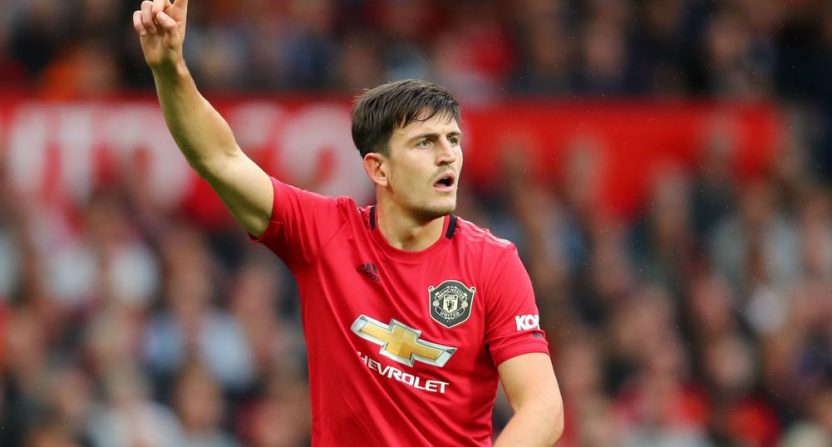 The warning signs have been there for a few years now. The Premier League’s rising TV contracts were giving financial flexibility to clubs that never had it before. Financial Fair Play laws were beginning to restrict the big guns from flexing their muscles. The Neymar transfer didn’t break the market, it simply inflated the bubble so much that its bursting was inevitable.

The transfer window closed in England last week but remains open throughout the European continent. We could still see Christian Eriksen and Neymar make the move to new clubs, but it’s unlikely we’ll get much else.

This summer’s window will be remembered more for what didn’t happen than what did. It could also have another legacy; the window where the world realized the market had finally changed and teams needed to change their strategy.

As I mentioned above, there are two major reasons for this. The rising Premier League TV contracts around the world has made it so clubs don’t need to sell players to remain solvent. The other is UEFA’s FFP rules keeping big clubs in check, at least in theory.

Manchester United needed to rebuild their squad this year. Previously when a top six (or Big Four if we’re going that old) needed to rebuild, they could shop overseas or just raid the bottom of the Premier League for their young talent.

That’s no longer the case. United came after Harry Maguire right from the get go this summer. Leicester quoted them a price of £80 million back in May. United expected to be able to negotiate that down but ended up paying that £80 million in August.

Leicester never balked because they didn’t have to. They knew United needed the player and would pay up eventually but they were able to play hardball because they don’t need the money. Five years ago, £80 million would have been life changing for Leicester. In 2019, it’s just extra cash.

It’s telling that Maguire and Aaron Wan-Bissaka were the only two Premier League players to make the jump up the table this year. Earlier this decade, Crystal Palace were nearly insolvent, this year they were able to rebuff Arsenal and Everton who made bids for Wilfried Zaha.

The role of FFP can’t be overstated in this either. FFP states that teams can only spend what they bring in. That doesn’t simply mean transfer fees, it’s all expenses including wages, bonuses, and other payments.

Transfers are expensive. It’s far more complicated than just the transfer fee and wages as the media tend to report. In reality there’s the fee, then the agents fee, negotiations over image rights (which became a holdup in Paulo Dybala’s potential move to Tottenham), wages, and signing on bonuses. It shouldn’t come as a surprise that the higher the fee, the higher the wages the player will want. Those expenses add up.

Neymar’s transfer inflated the market, making transfer fees obsolete in terms of “how much is a player worth?” Seriously, judging a player based on their fee is archaic, no one knows how much anyone is worth anymore.

The knock-on effect to that is, everyone knows everyone has money, and the larger a transfer fee is the larger an agent’s fee will be. Mino Raiola would prefer Paul Pogba to move to Real Madrid rather than sign a new contract at Manchester United. That’s because even if United give Pogba the same raise Real offered, Railoa would make far more money if there’s a transfer fee involved.

That brings us to this summer. At the start of the summer, stars such as Gareth Bale, Paul Pogba, Neymar, Eriksen, and Philippe Coutinho were all rumored to be available. Real were seemingly actively trying to offload Bale, as were Barcelona with Coutinho. Yet, so far, none of them moved.

Real want Paul Pogba. There’s no question Real have the £150 million Manchester United are asking for. What they don’t have is that £150 million, plus the fees that they’d have to pay Raiola, plus the wages they’d have to pay Pogba. They need to clear someone’s wages off their books in order to stay compliant with FFP. They want that player to be Bale, but Bale isn’t willing to take a pay cut to leave. Why should he? He has a contract.

This is the pendulum swinging back the other way. In previous years, if Manchester United or Real swung and missed on a signing they could move them on with no problem. Now those bad contracts are coming back to bite them.

The rise of extra fees has caused teams to begin to look at things differently.

Take the Eriksen situation for example. There’s a mutual interest between Christian Eriksen and Real Madrid. Reports dating back to last fall state that Real were ready to make Eriksen their number 1 priority this summer, but no official bid was ever made. Eriksen has only one year left on his contract so for Real it’s not worth spending £60+ million, plus agents fees to sign him. Instead they can let his contract wind down and sign him on a free next year. They’ll still have to pay his agent, and they’ll still have to pay him a large signing bonus, but it’ll ultimately be cheaper.

The same can be said of Toby Alderweireld. The Belgian defender had a £25 million release clause in his contract this summer. In the past, no one would disagree with the notion that Alderweireld is worth a £25m price tag. But along with the fee come the other expenses and the wages. Suddenly it’s probably more worth it to wait a year when you can sign him without the fee, and probably knock some money off his wages due to his age.

Every action has an equal and opposite reaction. As clubs are begin to react to the way the market has shifted it’s only natural for the players to react too.

What will that look like? Only time will tell. Many have suggested adding release clauses to all contracts but as you can see with Alderweireld that doesn’t necessarily work. If I had to guess, I think we’ll see it manifest in the length of a players contract.

Young players moving to midtable Premier League clubs may look to sign on for fewer years out of fear that their club may not sell them when a big opportunity arises. At the higher level, clubs may knock off a few years from the deal to protect them from getting tied up from bad deals.

Neither option is without risk. If a young player fails to catch on at the midtable club he may be looking at a drastic pay cut and moving to a smaller club. Similarly if a big club ties down a superstar to a short contract, they could risk losing him for nothing after just a few years.

We really don’t know how this will all shake out over the next few years. What we do know is that the market went through a noticeable change this summer, which will cause both teams and players to adapt.