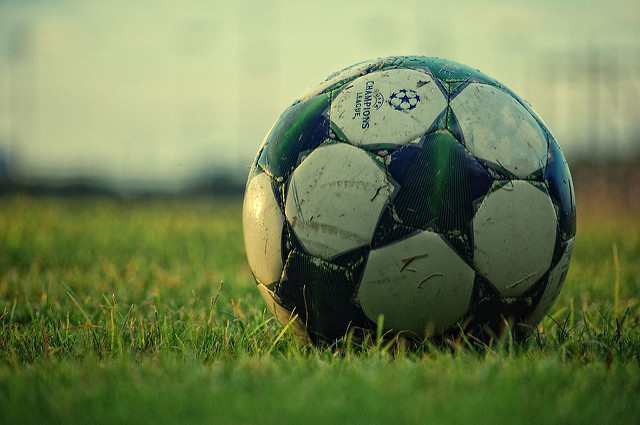 It’s been a LONG week for soccer fans and the week isn’t even over. The European Super League came and went and while we await potential consequences against those 12 clubs (don’t hold your breath), it seems the UEFA Champions League and the domestic leagues are safe…for now.

Among many reasons, the Super League got near universal criticism because it was going to be set up as a (mostly) closed system. Along with the 12 originals, three more clubs would’ve been given permanent spots and those 15 wouldn’t be at risk of being relegated regardless of performance. It may have been partly open but for all intents and purposes it was going to be a closed system.

Here’s the problem, UEFA’s new “Swiss model” that they’re planning to replace the current group stage with isn’t much better. Supporter groups have sent stongly worded letters about their opposition to the Swiss model but the reason why fans or media or political figures haven’t descended on UEFA with pitchforks and claims that they’re ruining the game is because UEFA made the Swiss model so confusing that it’s tough to even understand what it is, much less form an opinion.

To try to explain this as succinctly as possible, the Swiss model will add four more clubs (more on this later) to create one big table of 36 clubs but each club will only play 10 matches that’s based on UEFA coefficient. For example, a club in Pot 1 will play two other clubs in Pot 1, three clubs in Pot 2, three clubs in Pot 3, and two clubs in Pot 4.

The top eight in the table advance to the knockout stage while clubs 9th-24th have a two-legged playoff to determine the round of 16. It’s a system that ensures that there are more matchups against big clubs which is what UEFA wants and what the Super League wanted.

There are three major problems with the Swiss model. One, this adds at least four more matches (six if you finished 9th-24th) to an already congested schedule for the impending finalists. Two, this will give big clubs (i.e. Super League clubs) a bigger advantage to make the round of 16 because more matches favor the bigger teams. In the group stage, you just have to be better than two other clubs in six matches and some clubs have been able to sneak their way into the knockout stage with the low number of matches. With the Swiss model, you have to at least be better than 12 other clubs over a system that adds four more matches and then maybe need to win a two-legged round to just make the round of 16.

The third problem might be the biggest and shows just how UEFA isn’t that much different than the Super League. UEFA is set to add four spots in order to give some of those spots to clubs who are the highest in UEFA coefficient but fail to qualify for Champions League.

The Swiss model won’t be in effect next season but for example, if Liverpool were to fail to qualify for top four in the Premier League this season, they would get one of the additional spots since they are currently 9th in UEFA coefficient and the eight clubs ahead of them will have already qualified.

How is that fair? How is it right that Liverpool’s final appearances in 2018 and 2019 gets them a Champions League spot in 2021? Isn’t this similar manipulation the Super League tried to do in order to ensure the biggest clubs play every year? Say what you want about the Super League and I am in no way defending them, but at least the Super League didn’t (or couldn’t) try to pull one over on everybody and give the perception that their system was completely open and fair. They knew it wasn’t fair and we knew it wasn’t but UEFA thinks we’re stupid and are acting as though their system is something that it’s really not.

The problem with the Super League was there was no way to mask the fact that it was a closed system. UEFA is able to do that with the Swiss model and fool enough people into thinking this is a good idea even though it’s just an open system in name only. You might get the occasional new face in the round of 16 but it’ll wind up having the same big clubs who are situated within the big five European leagues every year and it’ll be even easier for those clubs to qualify.

That’s exactly what UEFA wants, just like what the Super League wanted, because that helps them maximize their media rights deals. And if you think UEFA is the moral authority on European soccer that they claimed themselves to be and created the Swiss model to help out the Midtjylland’s and the Ferencváros’ of the continent, you probably still believe Santa Claus exists.

Over the weekend Ohtani visited a pair of Fenway Park landmarks.

Sending the keeper forward for a late set piece is always fun, but it almost never works this well.

Bryant got a text from an Atlanta area code saying it was Pees, and offering him a tryout spot at the Falcons' rookie minicamp. He didn't realize it was fake until he showed up.

Dowd tipped a shot from T.J. Oshie past Tukka Rask, and concluded a close opening game that could lead to a great series.

Once again, Bradley took away what looked like a sure home run.

Over the weekend Ohtani visited a pair of Fenway Park landmarks.

Sending the keeper forward for a late set piece is always fun, but it almost never works this well.

Bryant got a text from an Atlanta area code saying it was Pees, and offering him a tryout spot at the Falcons' rookie minicamp. He didn't realize it was fake until he showed up.

Dowd tipped a shot from T.J. Oshie past Tukka Rask, and concluded a close opening game that could lead to a great series.

Once again, Bradley took away what looked like a sure home run.