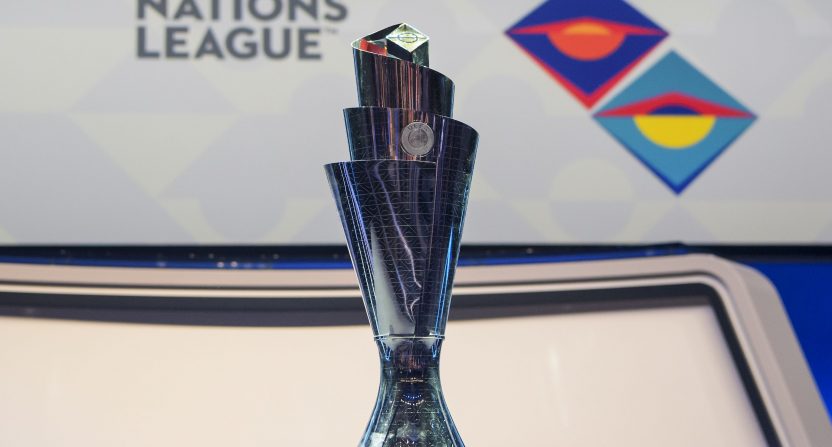 When the convoluted UEFA Nations League was first announced a few years ago, few would blame you if you were skeptical of the idea. The gist of it was to simply replace friendly matches with competitive fixtures to give some life to the otherwise drab international breaks. In other words, it sounded like a complete money grab.

When the tournament started, the questions on everyone’s minds were mainly how seriously would the teams take it and would anyone care? .

All you had to do to get those answers was to watch the second half of Sunday’s England vs. Croatia match. The atmosphere inside Wembley Stadium as England pushed for a winner was incredible, as was the celebration when they got it. The fans care, the players care, the teams care.

With the group stage of the inaugural tournament nearly complete, it’s hard to say anything but that it has been a resounding success. France has gotten a chance to add depth to their young World Cup winning squad. England have been able to integrate new young talent into the squad and show that their trip to the World Cup semifinals wasn’t a fluke. Germany learned that their World Cup problems run much deeper than we thought. And as a bonus, the games have been great.

That angle has added tons of drama to this competition. England and Croatia both could have won their group or been relegated in their match. The Netherlands match against France presented the Netherlands with a chance to relegate Germany to League B.

The idea behind promotion and relegation in the Nations League is great. Right now, Iceland are as good as they’ve ever been, but when this current generation moves through the ranks will they be able to replace them? The same can be said about Poland when they lose Robert Lewandowski. With relegation, these teams will drop down to be on their correct level. On the other side, teams with up and coming young generations will have the chance to climb up and play with the big boys.

That idea is great on paper, but what happens in a few years time when things start happening. Part of that problem is the three team groups in the top leagues. Since Germany, Holland, and France were all in one group, one team had to go down. When they do go down, they won’t just be playing teams from Group B next time around, but likely a team that just got promoted from Group C as well.

The idea behind this league was to have evenly matched games, but in two years we could see France playing Bosnia and Herzegovina. Bosnia will either be fielding a 34-year-old Edin Dzeko, or a completely new and untested generation of players. Down in League B, revamped Germany could be heading to Finland or even Israel. Do we really think those games will be competitive?

Of course over time, these things would in theory balance out. Germany should earn promotion right back up to League A, But the funny thing about sports is things never really seem to go the way they’re supposed to go. They may go right back to League A, but France and Belgium could also go down to League B.

The way the Nations League is currently set up, each team only plays four games in the group. That means one result can drastically swing things. With these games coming in two week periods over the course of three months, an important player picking up a very minor injury but missing one game could be enough to change the entire outcome of the group and maybe their future.

That’s the nature of international football. It’s very random. Upsets happen. Injuries happen. A youngster breaks onto the scene and puts a country on his back. Add all those together and it’s not inconceivable that in two to three iterations of the Nations League, each of the leagues will be completely jumbled up.

If that were to happen than the Nations League would start to look a lot like World Cup or European qualifying, in which case, what’s the point?

It doesn’t have to be that way. There are easy solutions for this. The first one I touched on back in September when I mentioned there was just too much relegation.

There’s another solution that could make the Nations League even better than it already is. Rebalance the leagues.

Why not flip that upside down and put 16 teams in League A? The entire group stage could still be played within three international breaks (each team would play two games a month for six games total). This would eliminate two friendlies from each teams calendar, which wasn’t that the point of this anyway?

We’d still relegate four teams under this format but remember that four teams that were in League B for this competition would have started in League A. Teams like Iceland and Poland would have still had their work cut out for them, but it would also help keep the big boys together. That redistribution would trickle all the way down to the bottom where smaller teams would have an easier time to be promoted, giving them a better chance to grow.

If the Nations League had gone that route, we’d be looking at a fantastic tournament for years to come. Under the current setup, we better pray that things re-balance out in two years.