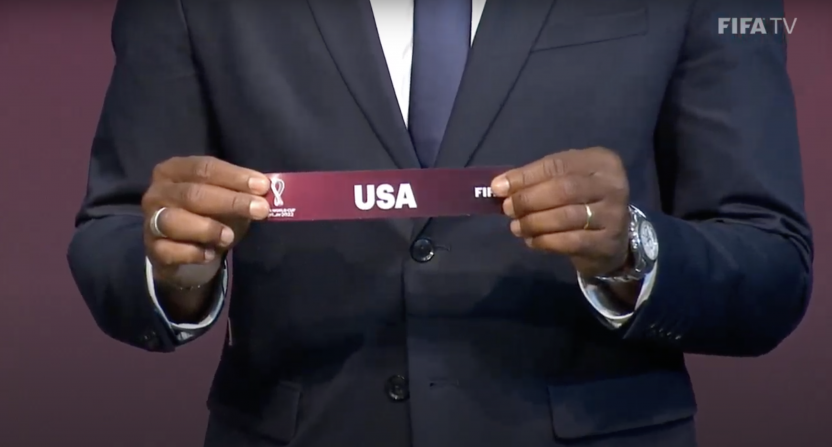 The 2022 FIFA World Cup might seem far away but a couple years is needed for qualifying. That means, the early stages of World Cup qualifying has been affected by the COVID-19 pandemic in some fashion.

In order to hopefully get qualifying in on time, Concacaf announced a different procedure that results in the top five teams and the three winners in a tournament consisting of the rest of the confederation to play in a 14 game round robin. Instead of the “Hex” where six teams play each other twice, it’s the “Octo” where eight teams play twice. Somehow this shortens qualification, Concacaf just shortened the lower rounds.

For the United States, they were one of the five teams who automatically qualified for the third round and they learned their path to hopefully qualifying for the 2022 World Cup. The USMNT were drawn as “Team 4,” and will begin qualifying against a team yet to be named.

That’s because before the US starts playing in June 2021, the other 30 Concacaf teams are playing in a tournament. Separated by six groups of five, the winners from each group will play in a home and away to determine the three who advance. The USMNT will start with an away game against the winner of Group A or F (likely either El Salvador or Trinidad and Tobago). Thanks to the American Outlaws, this will be the remainder of the USMNT schedule.

A/F is likely El Salvador/Trinidad and Tobago and B/E is likely Canada/Haiti. D is likely Panama but Group C is very much up for grabs by Curaçao, Guatemala, St. Vincent and the Grenadines, and Cuba. Sorry, British Virgin Islands.

There are some notable takeaways. For one thing, the USMNT avoids facing Mexico or Costa Rica away until January 2022. That means if the United States wants to avoid missing out on another World Cup, they should probably get enough points to clinch by the time they go to the Azteca. In addition, the US plays Honduras at home in January. Will there be a Snowclasico sequel?

Just like in the prep for 2018, this is going to be a long and arduous journey that’ll probably be even tougher than last time because of the pandemic. Only 3.5 teams advance, where the top three qualify and fourth plays in a playoff, so the USMNT will be in for a test to see if they are able to advance.