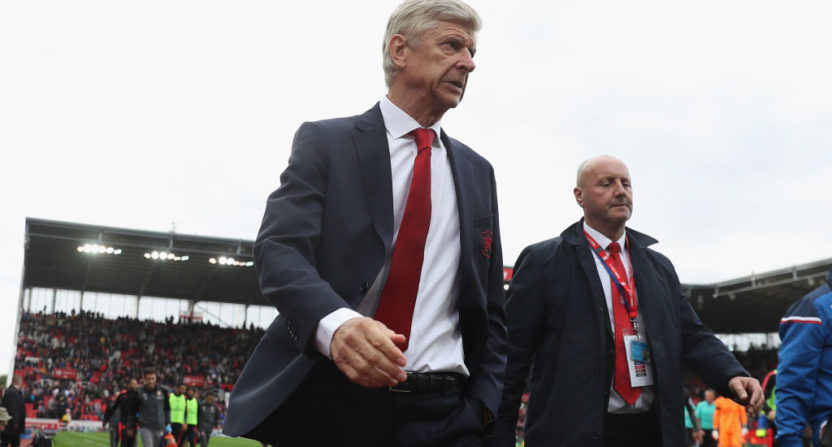 With only one team a perfect three for three, it’s safe to say that there have been surprises all over the league already. But which surprises are just a one-off surprise and which are indicative of bigger problems?

If you know a Manchester United fan, chances are he/she has told you countless times about how good United have looked in their first three games this season. However, that’s all it is, three games. You don’t win the title in August and manager Jose Mourinho was quick to point out the team won their first three matches last year, only to finish sixth.

United have looked dominant in each of their matches, but the 2-0 win over Leicester stands out as the big one. A year ago, United would have grown frustrated at the lack of a breakthrough and the game would have ended 0-0. This season’s United stayed patient as they knew their breakthrough was coming. The inevitability that United will score at Old Trafford seems to be returning, and that could be very dangerous for the rest of the league.

Huddersfield Town won’t be staying at the top of the Premier League for long. I know that, you know that, and they know that. But for any newly promoted club, the number one goal for their first season has to simply be staying up and seven points in your first three games can go a long way in achieving that goal.

Is There Reason To Be Concerned Over Their Slip Up?

The bookmakers’ favorites to win the title have certainly not hit the ground running this season. Despite dominating play in all three games so far, City have been lucky to escape the first three games with two wins. Other than the lack of goals and poor finishing, the most concerning aspect of Man City’s start has been that for the most part, all of the players they’ve been using were on the team last year, so it’s not an issue of new players needing time to gel.

We’ve seen City teams loaded with talent struggle to get up for every game consistently in years past and so far they have given their fans no reason to not be concerned about that for this year either.

I think it’s safe to say Chelsea’s loss to Burnley at home on the opening weekend of the season caught us all by surprise. It also pointed out to us that Chelsea have shockingly very little depth, a fact made even more astonishing considering they have 27 players out on loan. Rumors flew all around that manager Antonio Conte’s team selections have been subtle messages to owner Roman Abromovich that he needs more players, something that Conte has denied. Chelsea will ultimately be fine, especially once Eden Hazard returns, but the loss did show us that if the wrong players get injured, they could be in trouble.

Liverpool’s season started out with the exact kind of matches that have frustrated Liverpool fans for the past few seasons. A wild and entertaining 3-3 draw with Watford that pointed out the club’s deficiencies on defense, followed by a frustrating 1-0 win over Crystal Palace that highlighted the club’s constant struggle to break down teams that park the bus. They’ve since turned it around with fantastic home wins over Hoffenheim and Arsenal, showing us just how good they can be when they’re on their game.

Ultimately, Liverpool’s season will come down to the same two things it came down to last year. Can they find the consistency to play at their best every week and how will they cope if Sadio Mane gets hurt and has to miss a few games?

I’ve got news for you, Tottenham fans. Despite your beliefs, you will win games at Wembley Stadium this year. The lack of wins this season can be far more attributed to playing against a good Chelsea team, and Kieren Trippier just neglecting to play defense for the full 90 minutes (a move that’s more on management for thinking he’s a competent replacement for Kyle Walker) rather than a Wembley Stadium curse. They’ll be fine.

Four points through three games isn’t great, and neither is the fact that only Wayne Rooney has scored a league goal for the Toffees this season. However, the schedule gods did Everton no favors having them play Manchester City and Chelsea in their first three games. Suddenly four points isn’t so bad, and two of their hardest games are already behind them.

You Should Be Worried

It’s hard to say pressing the panic button after three games is ever justified, but in this case I think it might be. Just a few weeks ago, I wrote that Arsenal would get off to a hot start en route to returning to the top four. I couldn’t have been more wrong.

Arsenal’s problems can’t be riddled down to one thing. Arsene Wenger looks like he has completely lost the locker room and that he has no control over any club decisions. None of the players particularly look like they want to be playing for Arsenal, which brings us to the biggest problem: the team has no on-field leaders. There is no one calling anyone else out for poor play. We’re only three games in and this team is already flirting with being a disaster.

Having said all that, they could easily flip the script. It’s going to be very difficult for them to compete in the Premier League, especially in a very crowded top four race. But if they were smart, they’d look at Manchester United and put all their eggs in the Europa League basket to qualify for the Champions League through that route.

They cruised through the Championship last year because they were better than everyone. This year, they’re unsurprisingly finding the Premier League is not as easy. They have won a game, putting them in a better position than some, but beating a very dead looking West Ham shouldn’t be enough to ease fears that this team is just not that good.

Before the season started, I said Slaven Bilic would be the first manager fired this season. I still feel good about that. The club’s transfer strategy this summer made no sense, buying a bunch of players that had one or two good years even though none of their styles suit each other.

They showed a bit of life coming back from 2-0 down to Southampton last week, even if they lost late, only to to follow it up with a 3-0 loss to a bad Newcastle team.

Slaven Bilic won’t make it through the season. If West Ham want to avoid relegation, they’d be better off making that change sooner rather than later.

This very sexually responsible thief stole over $1,500 worth of condoms from CVS.

A fire broke out in the garage of Love's St. Simons Island, Georgia home early Friday morning. No one was hurt, but the house burned down.

Looking back, Shaq's passing was a big part of the Lakers' success though many of us didn't notice.

This very sexually responsible thief stole over $1,500 worth of condoms from CVS.

A fire broke out in the garage of Love's St. Simons Island, Georgia home early Friday morning. No one was hurt, but the house burned down.

Looking back, Shaq's passing was a big part of the Lakers' success though many of us didn't notice.