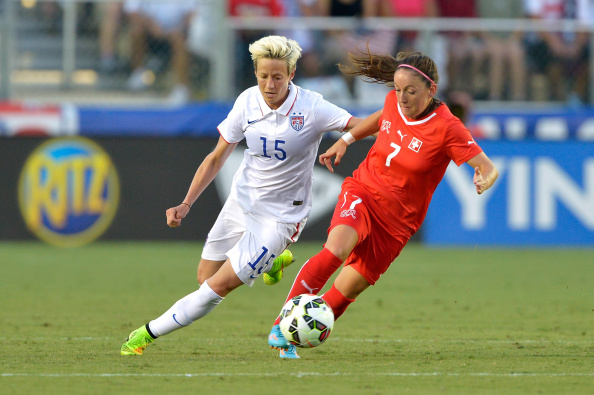 A friendly soccer game between the reigning World Cup-winning U.S. women’s national soccer team and Trinidad and Tobago was called off because of poor field conditions, and there may be legal repercussions, reports KHON2’s Gina Mangieri.

The game was boycotted by the U.S. after they took the field and quickly realized the turf wasn’t applied correctly, making it dangerous for players.

“There were sharp rocks ingrained all over the field. They were everywhere. The artificial turf was actually pulling up out of the ground, and the turf itself was both low-grade and aging. This was a playing surface that looked like it hadn’t been replaced in years,” the team said in a piece penned on The Players Tribune.

Per Mangieri’s report, Always Investigating obtained a letter which says the U.S Soccer Federation is prepared to gear up for a legal battle.

Hawaii Tourism Authority was due to pay U.S. Soccer $200,000, with half being paid out before the event was to take place, which didn’t happen. There was another “Stadium Agreement,” which allowed U.S. Soccer play rent-free while keeping all ticket revenue and money from broadcast and photo rights.

The hitch in the agreement is the U.S. Soccer Federation initially accepted the stadium conditions, unless the Stadium Authority tried to actively hide defects. According to reports, U.S. Soccer had the right to inspect the field seven days before the event, and again 48 hours prior, where everything looked good, at least by the standard of those doing the inspection. Clearly not to the standard of the players. Now, after backing out on the nationally-televised game, the U.S. Soccer Federation says Stadium Authority went against the agreement.

In a letter the state received today and Always Investigating obtained, the U.S. Soccer Federation’s attorney accuses the Stadium Authority of delivering a field “unfit, unsafe and unplayable,” calling that an “uncured default” by the Stadium Authority, and reserving their rights and remedies — this despite the contract stating U.S. Soccer will not make any claim against the state for losses.

Always Investigating reports low ticket sales were a factor in canceling the game. Megan Rapinoe’s torn ACL might have been another factor.