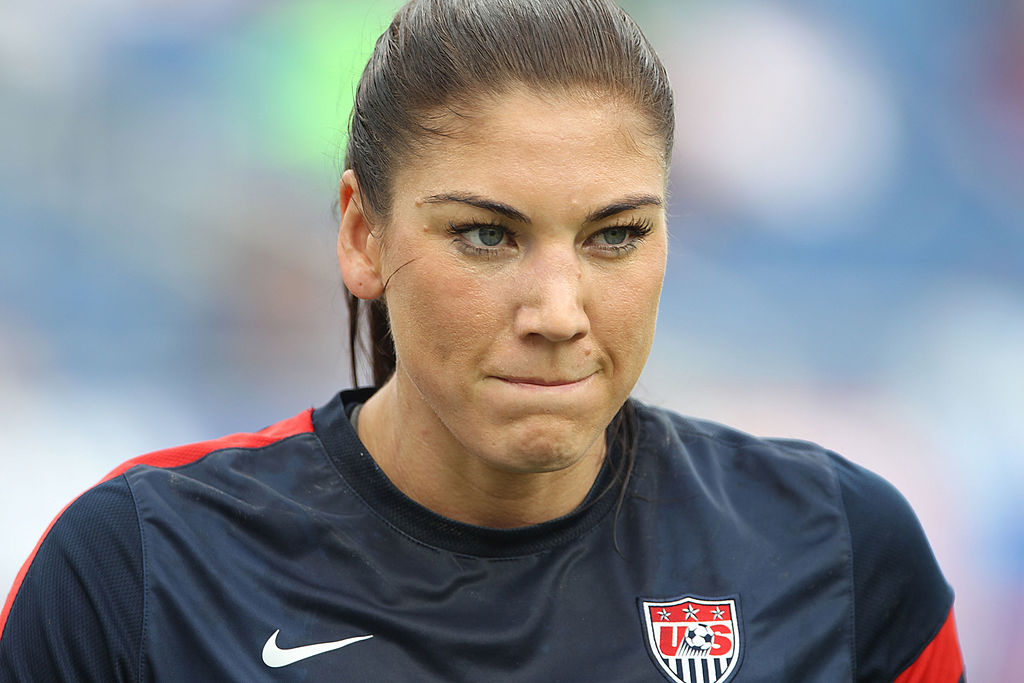 Two months ago, U.S. Soccer and fans said goodbye to one of the best American soccer players to ever play the game.

Now, U.S. Soccer is taking their top women’s soccer team into court because of a legal fight over U.S. Soccer’s collective bargaining agreement with the U.S. Women’s National Team.

In a press release, U.S. Soccer said that they “reluctantly” filed a lawsuit in order to confirm that the most recent collective bargaining agreement between them and the USWNT is still legally binding. 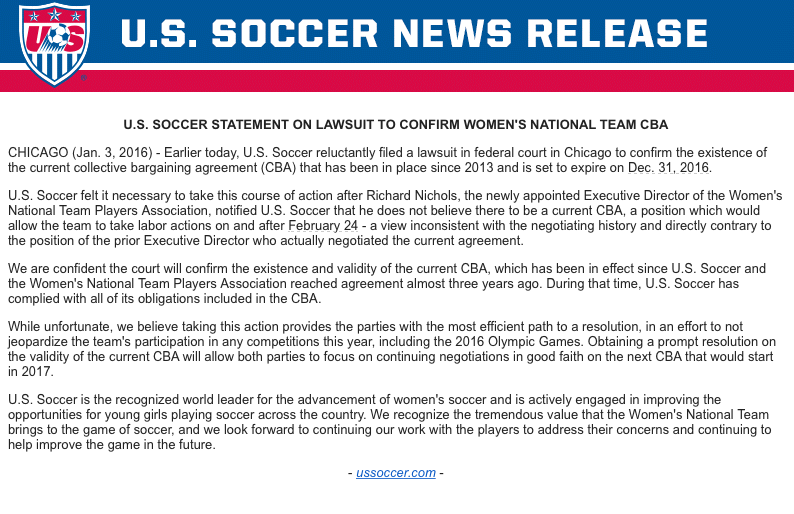 U.S. Soccer claims that the current CBA was in place in 2013 and will expire on December 31, 2016. The New York Times reported that this CBA in question expired in 2012 and the USWNT have simply been operating under this CBA even though if that was the case, the players didn’t need to. U.S. Soccer wanted to take this to court in order to get a ruling and prevent possible disruptions from the upcoming NWSL season as well as the 2016 Rio Olympics.

In recent weeks, the Women’s National Team Players Association (the group who represents the team) has been vocal in negotiating a new CBA in order to be more equal with the U.S. Men’s National Team. Some of the things that the team want in this new CBA include not playing games on artificial turf and closer pay to the men’s team.

In an article written by the team on The Players Tribune,

It wasn’t until we got to Aloha Stadium the next day — the day before the match against Trinidad and Tobago — that we finally saw, for the first time, how bad the stadium’s field truly was. The conditions were such that our coach shortened practice to a brief 30-minute training session so we wouldn’t risk injury before the game. There were sharp rocks ingrained all over the field. They were everywhere. The artificial turf was actually pulling up out of the ground, and the turf itself was both low-grade and aging. This was a playing surface that looked like it hadn’t been replaced in years.

The poor conditions resulted in Megan Rapinoe tearing her ACL on a natural grass surface surrounded by “sewer plates and plastic coverings…on the sidelines.”

It’s clear U.S. Soccer knows that they aren’t going to look good by suing the only team who has performed on the field and given the organization positive headlines over the past year, a year filled with a men’s team who is regressing and a scandal among FIFA and CONCACAF that hasn’t yet implicated anyone currently within U.S. Soccer but is within reach of those who have.

I have to imagine in U.S. Soccer’s mind, they have very valid reasons to come forward with this lawsuit realizing the PR backlash they would receive but let’s go over what they are trying to do. U.S. Soccer is trying to make sure a collective bargaining agreement that may or may not have expired four years ago is still valid until the end of this year. And the issues in question that the USWNT want resolve include not playing on inferior turf to the USMNT and have closer to equal pay to the men.

Is this lawsuit really worth the PR disaster U.S. Soccer is set to endure just so their CBA is at best, ending in 10 months instead of now? Yes, negotiating a new CBA after the Olympics instead of before helps U.S. Soccer but unless I am missing something, the Women’s National Team Players Association doesn’t seem to be asking for much anyway. The least U.S. Soccer could do is to make sure their World Cup champions never have to play on artificial turf and assure the USWNT that a new CBA would be negotiated after the Olympics. Surely, there should be enough common sense for that to happen, for the sake of U.S. soccer fans everywhere.