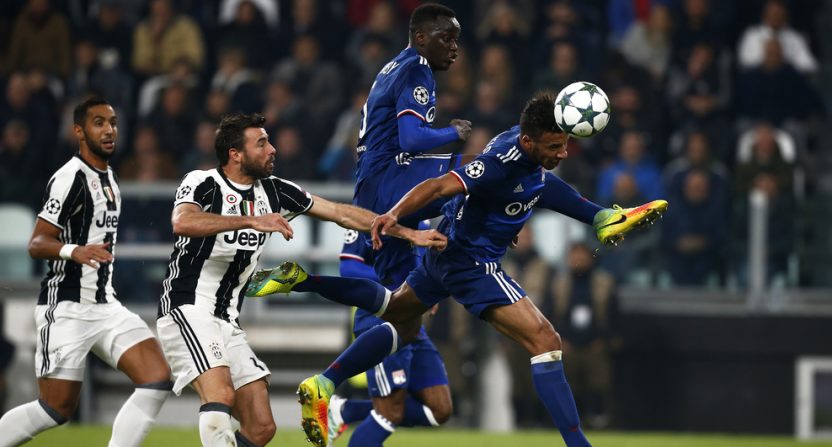 The strongest continental club competition in Europe is back in action this week with Matchday No 4 fixtures. We have a clear look at knockout-phase candidates in most groups after the halfway point of the campaign, but there is still plenty to play for in the remaining three rounds. With the experts of accumulator tips at BettingTips4You we have taken look at the most exciting fourth-round matches, the ones to have the biggest impact on the final standings.

Chelsea got off to a shaky start with the home loss to Valencia in the opening round. Nevertheless, Frank Lampard’s babies bounced back in some style, winning back-to-back away ties in Lille and Ajax, both a minimal one-goal cushion. Ajax looked much more dangerous in creating clear-cut chances two weeks ago in Amsterdam, but the Blues found the strength to dominate the final ten minutes of the affair and eventually find the precious winner through substitute Michy Batshuayi four minutes from time.

These two likes are in the driving seat sitting top of Group H ladder with six points apiece. A win here would thus be a huge step for any of the two outfits en route to the last 16 round of the competition. We’re definitely in for a thrilling evening of football in London with two in-form and high-profile squads coming across each other. The return tie should produce many more goals as we doubt Chelsea’s unreliable back line can keep Ajax’s red-hot attack at bay in two straight affairs.

The Parisians have been the most impressive team so far in the Champions League. They sit atop of Group A with a perfect record of three wins in three outings. Thomas Tuchel’s men are yet to concede a goal this term and have a brutal 9-0 goal difference halfway through the campaign. They had the opportunity to become the first-ever team to secure progress to the knockout stage of the UEFA Champions League after three rounds, but Real Madrid’s away win in Istanbul denied them.

PSG don’t have to look at other results this time around. They have a clear calculation – A win here sends them into the last 16 round, regardless of what Real Madrid and Galatasaray do in their clash on the Spanish soil. The odds are going in PSG’s favour given they demolished Club Brugge 0-5 two weeks ago in Belgium Kylian Mbappe is a must-have in all fantasy squads as the young star completed a hat-trick when these two sides last met each other. Mbappe added a brace in PSG’s 4-0 drubbing of bitter French rivals Olympique Marseille and he might steal the show at the biggest stage once again here.

The record 13-time holders found themselves in trouble after picking up just one point in the opening two rounds of the 2019/20 campaign. However,  Eden Hazard and Toni Kroos came in the rescue service to inspire Real’s super-important 0-1 victory over Galatasaray two weeks ago in Istanbul. Los Blancos thus climbed up to second place in Group A and have a nice chance to take a step further towards securing the knockout phase with a potential victory in the return clash at Estadio Santiago Bernabeu.

Things look much better for Zinedine Zidane ahead of the fourth-round clash. His team finally produced what their fans have been waiting for since the start of the season seven days ago when they demolishing Leganes 5-0 on the home patch. With Madrid high in confidence and in top form, the Turkish heavyweights have nothing to hope for ahead of the trip to Spain. Galata backed up the loss to Real with a 1-0 defeat at the hands of arch-enemies Besiktas in the huge Istanbul derby last weekend.

In terms of significance, this is probably the most important tie of the entire Matchday. In the group where the top spot is reserved for Manchester City, the likes of Dinamo Zagreb and Shakhtar Donetsk go head to head for the second time in two weeks to try and secure the lone remaining qualifying berth.

The outfits shared spoils in a 2-2 draw when they locked horns on Matchday No 3 in Kharkiv. Shakhtar were lucky to have saved a point at the end even though they had the opening word in the early stages of the affair. Dinamo are definitely the most pleasant surprise of the campaign. They started with a demolishing 4-0 victory over Atalanta in Zagreb before pushing Pep Guardiola’s machinery to limits at Etihad Stadium. It will be very interesting to see whether the team led by Nenad Bjelica can maintain such a high level. Both sides can ill afford a failure here which is why we expect a huge battle with plenty of bookings on the occasion.

Spurs showed strength and the gulf in quality between them and the Serbian champions in the previous round. They bagged five goals without any response to overtake Red Star Belgrade in the second place of Group B standings. Nonetheless, such a drubbing will count for little if Mauricio Pochettino’s men fail to back it up in the return fixture in the Serbian capital.

In spite of the mentioned thumping, getting a three-pointer in Belgrade will be easier said than done for Tottenham. We’ll remind that Liverpool lost 2-0 away at Red Star Belgrade last season before going all the way to win the trophy at the end. Also, the team led by Vladan Milojevic proved to have what it takes to stay competitive at this level by beating Olympiacos Piraeus 3-1 in their lone home fixture in the group. This is a much tougher challenge for Spurs than most of their fans think. Also, with a single point separating the two sides in the battle for second place in the group, this is another game to watch on the evening.