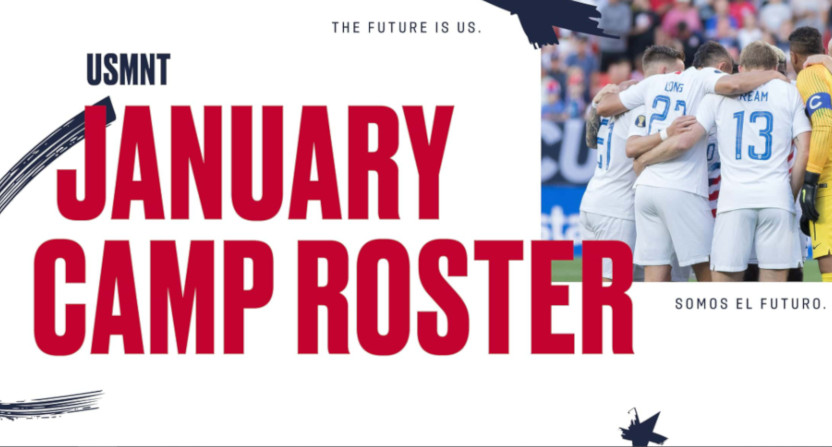 With escalating tensions in the Middle East following the U.S. drone strike in Iraq Thursday that killed Iranian general Qassim Suleimani, U.S. Soccer has now called off a training camp they were set to hold in Qatar beginning Sunday. U.S. Soccer put out a statement on that Friday evening:

The U.S. had planned to hold a training camp at the Aspire Academy in Qatar from January 5-25, with 23 U.S.-based and two European-based players (many of them previously uncapped) traveling there for a month of practices and closed-door scrimmages against European clubs. The camp was also preparation for the USMNT’s next friendly match, against Costa Rica in Carson, California (near Los Angeles and home of the L.A. Galaxy) on Feb. 1. But while the language there is just “postpone,” Yahoo’s Henry Bushnell and Doug McIntyre write that this particular camp will now be held entirely in the U.S., likely in California:

Instead, the entire January camp will be held somewhere in the U.S., as it has been in previous years. The exact location remains to be determined, but top options include Carson, California — which will host the friendly versus the Ticos — and Bradenton, Florida.

The camp could also start a day or two later than planned. Multiple sources told Yahoo Sports that several staffers had already traveled to Qatar, and are now scheduled to fly home. The team’s large assortment of gear had also already been shipped to the tiny Gulf state, sources said, and will need to be returned to the U.S.

As noted there, this kind of January camp has been held in the U.S. in previous years. The idea with putting this year’s edition in Qatar was to give players some familiarity with the conditions there ahead of the 2022 World Cup, but that plan took criticism from fans and media over human-rights issues in Qatar (and it’s unclear how beneficial that would be in any case, as much of this camp’s roster may not be on the 2022 World Cup team). Now, it sounds like it’s not going to happen, at least not right now. The discussion of “an opportunity in the near future for our team to experience Qatar’s world-class facilities and hospitality” makes it sound like we may still see the USMNT training in Qatar at some point down the road, but it’s certainly not clear at this point when that might be.