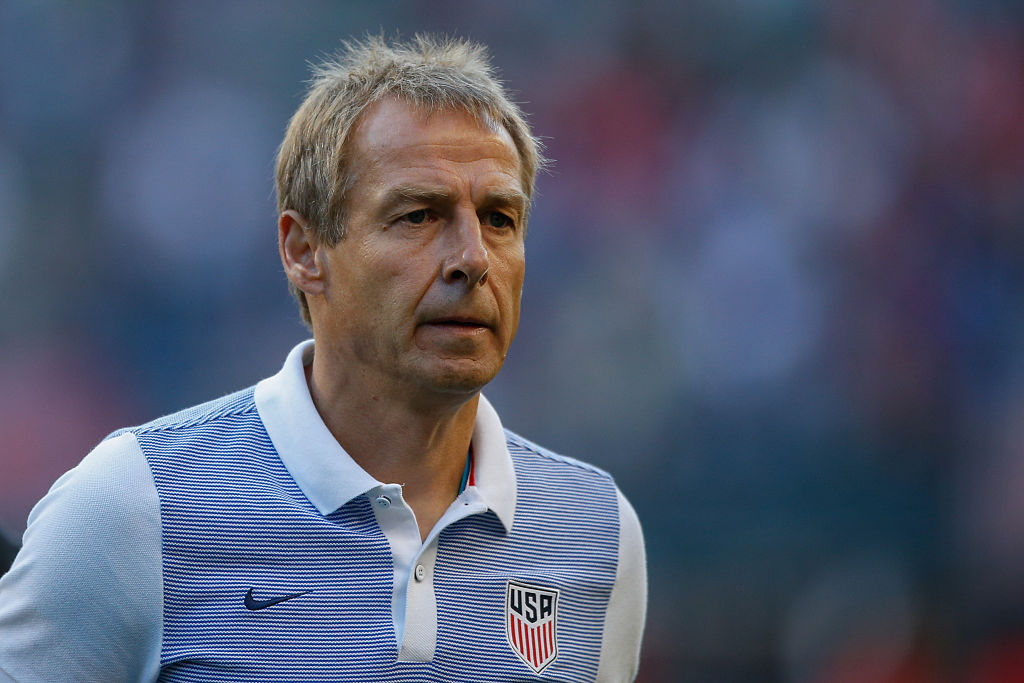 The United States National Men’s Soccer Team has hit near rock bottom this week according to some fans. With back-to-back losses in World Cup qualifying to Mexico and Costa Rica, fans everywhere are calling for head coach Jurgen Klinsmann to be fired.

While that probably won’t happen anytime soon, U.S. Soccer has reportedly been looking at potential replacements for a year now, according to ESPN FC.

The 4-0 loss on Tuesday may have been a turning point in a search, but nobody knows for sure. What ESPN FC does know is the U.S. Soccer Federation hasn’t just been looking at potential replacements for nearly a year, but gauging their interest as well.

Some of the people U.S. Soccer has reached out to are LA Galaxy head coach Bruce Arena and Sporting Kansas City head coach Peter Vermes. Arena was the head coach of the U.S. National Team from 1998 to 2006 while Vermes has never coached the U.S.

After the 4-0 rout against Costa Rica, the Washington Post was the first to report Arena possibly replacing Klinsmann.

Earlier today, a longtime US contact told me USSF had lined up Arena in case of another loss. Didn't believe it at time, but now … hmmm

Arena was going to become a “free agent” of sorts in December, but he recently signed a two-year extension with Los Angeles. However, if he were offered the opportunity to coach the U.S. National Team, he would be able to leave the Galaxy.

Klinsmann, meanwhile, is under contract through 2018 and U.S. Soccer President Sunil Gulati said before the Mexico loss on November 11th that Klinsmann would be the head coach through qualifying for the 2018 World Cup in Russia.

After the Tuesday loss in Costa Rica however, Gulati sound a little different.

“We’ll think about what happened today and talk with Jurgen and look at the situation,” Gulati told reporters.

Arena has long been rumored as a potential replacement for Klinsmann due to his history with the USMNT. At times, he has refused to comment on possibly taking over for Klinsmann.

“I don’t think it’s right for a fellow professional to comment on somebody else’s job,” Arena told ESPN in March of 2013.

However in April of 2016, Arena said he would come back “under the right circumstances.”

The 65-year-old led the United States to the quarterfinals of the 2002 World Cup in South Korea and Japan, which was the team’s best finish since the inaugural World Cup in 1930. Arena led the U.S. back to the World Cup in 2006 in Germany, but was fired after the team failed to advance to the knockout round.