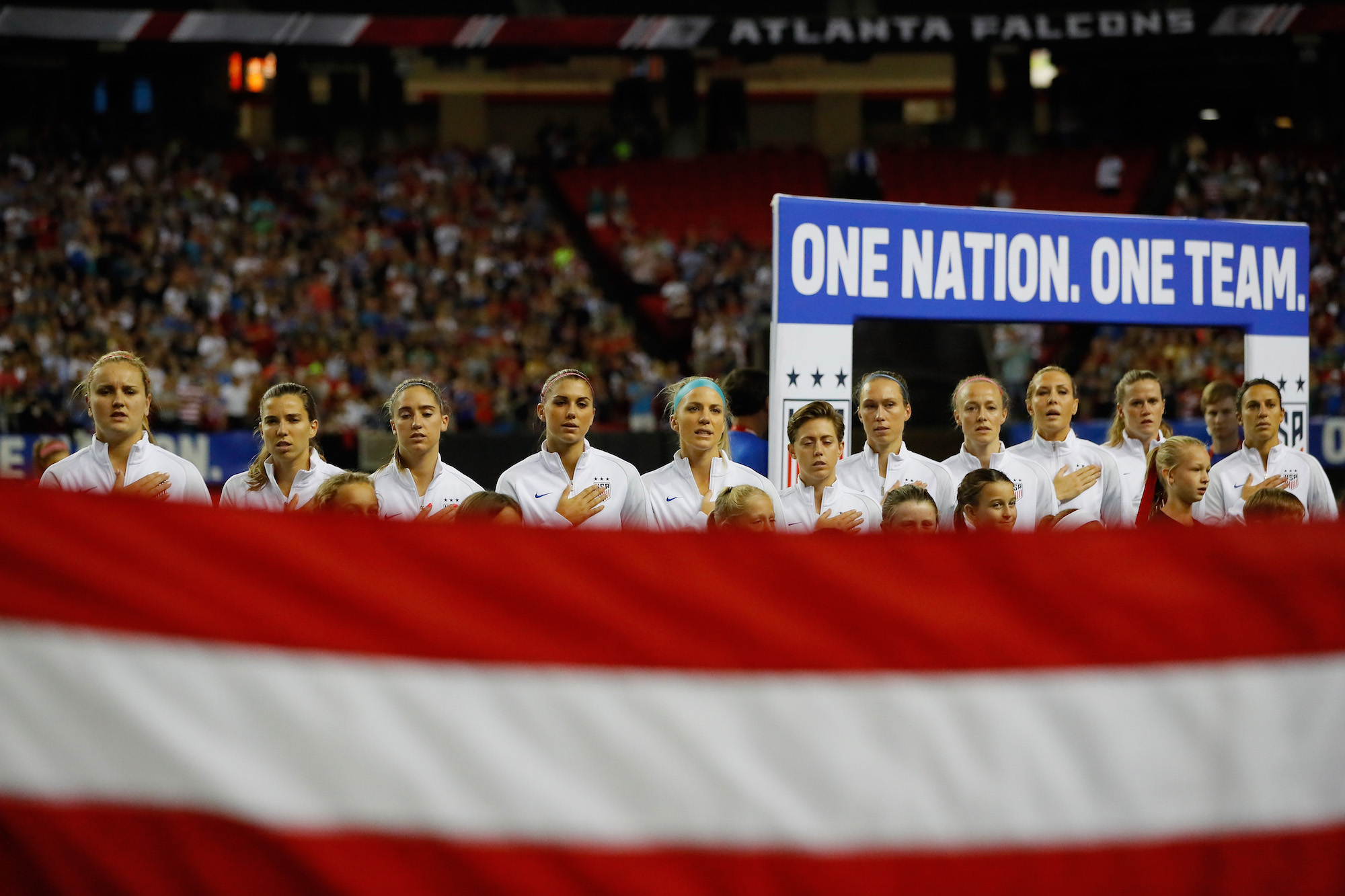 The United States women’s national team rides in open rebellion against its federation, U.S. Soccer. Or so it’s felt like lately.

Things around the team have been volatile for a while now, ever since another Women’s World Cup title was finally secured in the summer of 2015. There have been stalled collective bargaining agreement negotiations, threat of a work stoppage, a lawsuit, a countersuit, a wage discrimination complaint, a guns-blazing ouster from the national team for Hope Solo, and now Megan Rapinoe’s one-woman protest against police brutality and racial oppression – of which the federation has been vocally critical.

For years now, the women have played without a fully-fledged CBA, instead extending the old deal with some updated conditions in a memorandum of understanding. But the MOU expires at the end of the year. Negotiations, by and large, have apparently not gone well. The women want to be paid the same as the men’s national team members – who aren’t nearly as dominant globally as their female counterparts.

The federation has balked at that, arguing that because the women get a guaranteed salary and benefits and take on none of the risk the men do – who are paid entirely in bonuses – the discrepancy is warranted. U.S. Soccer has also said that the women’s revenue doesn’t justify more pay, that it would be imprudent business, a charge that’s hard to reconcile with its non-profit designation.

The sides bickered over whether the MOU retained the old CBA’s no-strike clause, and when the players’ association’s legal representatives refused to rule out a strike, the federation sued. The players countersued, but U.S. Soccer won, ruling out a work stoppage. This was all just a few months before the Olympics, where the U.S. would go onto post its worst performance in any major tournament ever. In every previous Olympics or World Cup going back to 1991, the US had never failed to reach the semifinals. In Rio, they stranded in the quarterfinals when Sweden cunningly scraped out a tie and then won on penalties.

Before the tournament, the players also filed a complaint with the Equal Employment Opportunity Commission, a federal body that will rule on the charge of wage discrimination in a few months. Last month, Hope Solo was booted from the team at length for her mildly-inappropriate charge that the Swedes had played like “a bunch of cowards.” U.S. Soccer explained that her record of poor discipline and rap sheet with the law had simply gotten too long. But the timing of her expulsion made it feel like a purge of sorts. The national team’s players’ association immediately vowed to appeal her 6-month suspension and contract cancellation.

Solo has since claimed that her large role in CBA negotiations may have been a factor, something at least one teammate – Rapinoe – believes as well. SI.com reported that once the MOU expires, the possibility of a strike will once again be on the table.

Speaking of Rapinoe, U.S. Soccer, through women’s national team head coach Jill Ellis, explicitly instructed her to stand for the national anthem while representing her country. She had begun taking a knee in solidarity with NFL quarterback Colin Kaepernick with her National Women’s Soccer League team the Seattle Reign – a competition largely bankrolled by U.S. Soccer, by the way – but she did so anyway during the last two national team games.

Although the federation had threatened punitive measures, none appear to be forthcoming. Perhaps as a hedge following the widespread criticism the federation received for attempting to silence a player’s social protest while grandstanding about liberties in its public denunciation of her.

Taken together, these acts of resistance coalesce to form what is surely the biggest wedge between the federation and its female players in the program’s three-decade history. The players no longer tolerate perceived injustices and demand to be treated just as the men’s side is. And setting aside for a minute how reasonable and realistic those expectations are, their very existence actually heralds another milestone in women’s sports.

Looked at one way, these myriad acts of disobedience seem to suggest the full maturation of the women’s national team program. They have struggled for, and deserved, all of the gains they’ve made, but nevertheless find themselves far ahead of women’s teams just about anywhere else. That isn’t to say that this is fair or right, but it’s hard to argue nonetheless that the U.S. women don’t have it very good relative to their female peers.

But that’s just the thing. They don’t compare themselves to other women’s teams around the world anymore, in their sport or any other. They look at the U.S. men. They want what the men have. And on that score, their struggle is a sign of progress.

U.S. Soccer likes to tow the line that the women’s team serves as an inspiration to young girls and women all over the country, that it’s Title IX made manifest. This is never more true than when the women’s national team stands up for what it believes and fights for what it deems right.