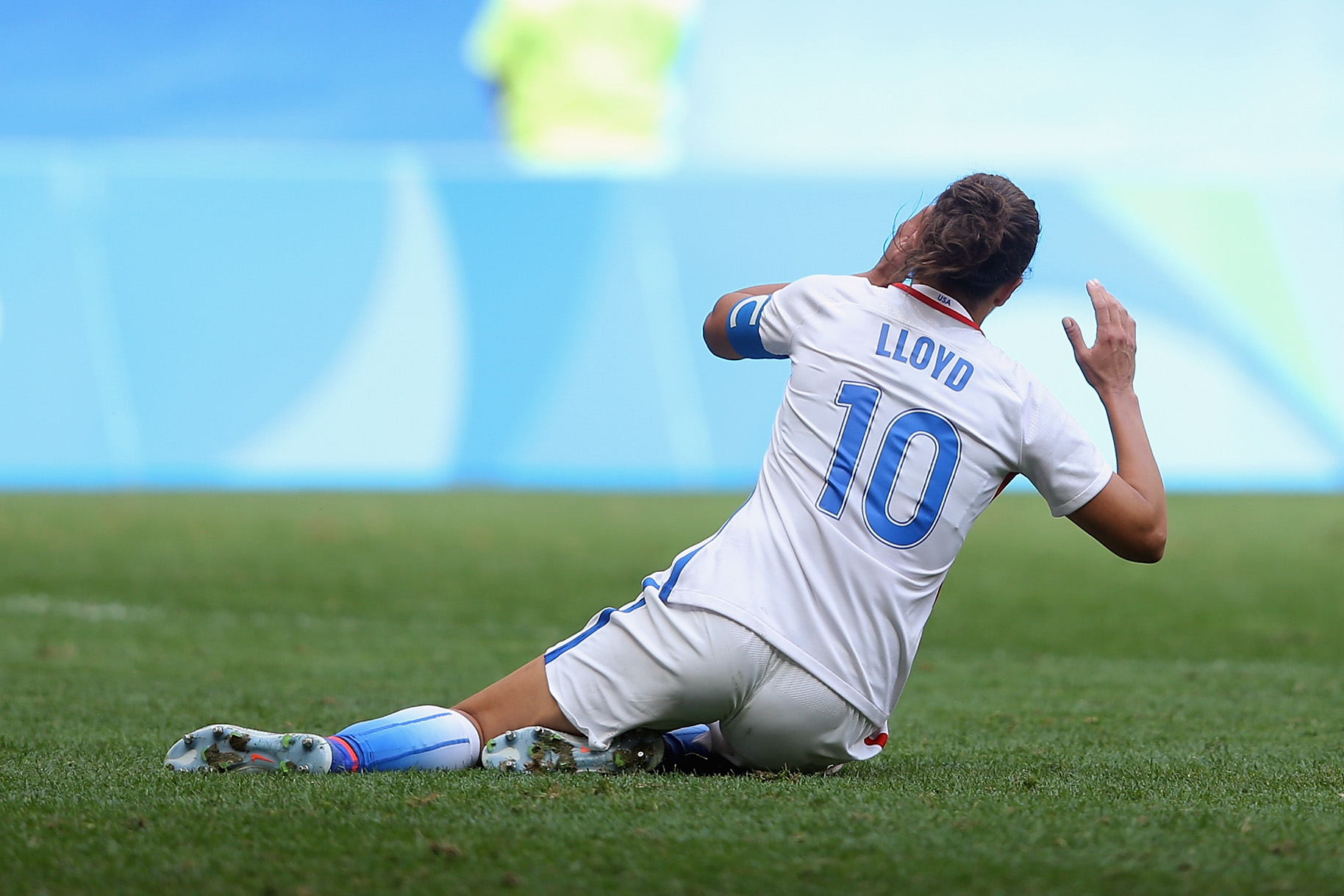 If you accept that the objective of playing is to win, then it follows that the failure to win a tournament is a failure to accomplish anything at all.

The United States women’s national team fell well short of a fourth-consecutive Olympic gold medal in Rio de Janeiro, crashing out against Sweden on penalties in the quarterfinals, and didn’t reach the semifinals of a major tournament for the first time ever. That understandably felt like a blow.

To that point, the USA had been to 12 Women’s World Cups and Olympics before Rio. They had placed third or better 12 times. They had won the Women’s World Cup three times and lost the final on penalties once. They had reached every single Olympic final and won four of the last five.

This, then, was an epic flameout. The worst big tournament performance by far in two and a half decades of women’s national team history. Prior to this debacle, the role of being the favorite and winner was so habitual to the U.S. women that the federation made it a habit to plan a post-tournament victory tour – a barnstorming cash-grab of friendlies around the country – before the actual major tournament had even taken place. If it was hubristic, it was also practical, because their dominance was hardwired into the women’s game.

However, this setback can be looked at another way. The misadventure in Brazil is as much a calamity as it is an opportunity. An opportunity to reset, rebuild, reimagine. To better position the team for future tournaments and reduce the chance that this will happen again.

Insofar as there’s a downside to winning and winning and winning, it’s that it leaves little room for adjustment. So long as the U.S. women spent half-decades at a time ranked as the top team in the world and won 58 percent of the major tournaments they entered, there was never any urgent impetus to change anything. And for the longest time, nothing much was changed.

There is danger in stasis, because it tends to foretell stagnation.

If the rest of the world hadn’t exactly caught up to the USA – because even Sweden, their ultimate vanquishers, were plainly an inferior team – they had been threatening to for years. Japan’s technicality had posed troubling questions. France’s athleticism and superior passing had too. Germany’s all-round game was always a threat. The gap with regional rivals and the rest of the Americas seemed to be slowly shrinking.

Yet the American game plan remained fairly rudimentary and relied, as it always had, on superior size and brawn, fitness and depth. It wasn’t until the last year or so that head coach Jill Ellis finally managed to veer away from the directness of their soccer and instill something of a passing and possession-oriented game, anchored to more technical and creative players.

But this process had been fraught. The original style had been the default for so long that whenever the team ran into trouble, it regressed to doing things the way it had always done them, with so much previous success. A raft of starters had come up in the cross-and-long ball era and struggled to disassociate themselves entirely from a winning strategy.

Ellis wasn’t the first to try to drag the team into this century. Her predecessor Tom Sermanni had as well. Before him, Pia Sundhage had let her hierarchy ossify and its evolution stall. You knew months in advance what her starting lineup would be, and how her team would be playing – a muscular, reactive and direct game that leaned heavily on Alex Morgan’s speed and Abby Wambach’s aerial dominance up front.

But Sermanni changed too much, too soon. He found himself shunted by the team’s all-powerful senior core. A wretched performance at the Algarve Cup was used as an excuse for his ouster, but it’s widely believed that his zeal to push out too many veterans, who believed their time wasn’t up yet, is what did him in.

In came Ellis, with broad support from the players who had proclaimed shock at Sermanni’s firing on social media – and make of that what you will. But her own plans for rejuvenation came on in fits and starts. She quickly discovered that she hadn’t the time to make wholesale changes with a World Cup just a year away and the demand that she win it non-negotiable. She had to keep things the same because she was supposed to keep winning. Ellis delivered.

Now that she’s not won something, and come nowhere close to winning that thing, Ellis, whose job security seems absolute after securing the first World Cup title in 16 years, may finally have the mandate to innovate as she sees fit. Even though the Americans lost on a single errant penalty kick, and that makes it hard to affix too much meaning to the Olympic elimination, there is an opportunity here.

While Ellis herself was hardly without fault in the early elimination – just as any coach who underperforms in a tournament will have made mistakes – she can nevertheless leverage this as a tipping point, to say “Hey, the old way isn’t working anymore. Let’s try a new way.” 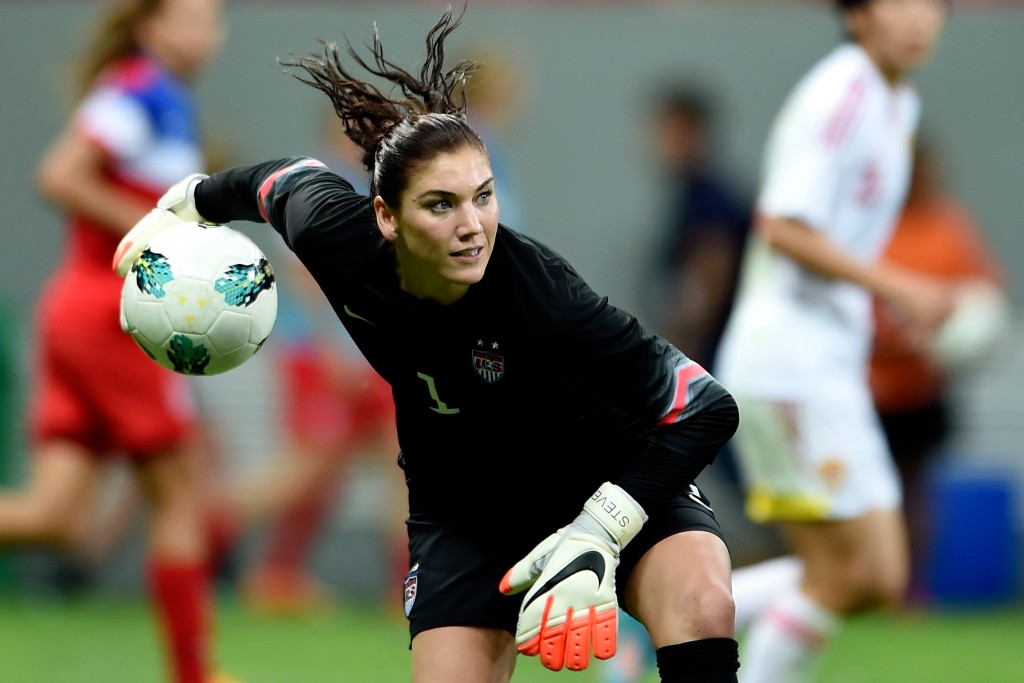 A decision by U.S. Soccer to suspend long-time goalkeeper Hope Solo might have done some work for her. Even if it weren’t the case, the hefty baggage and unending distractions Solo comes with could have made it easy to move on anyway. Even though Solo was named the best goalkeeper at the last two World Cups, her wobbles against Colombia in the final group stage game, paired with the shortcomings of the team as a whole, give Ellis the clout to make wholesale changes between the goal posts and elsewhere.

This moment of introspection and inflection, however, would be put to better use by changing the larger structure than by scapegoating a few players. Ellis likely knows it. She understands the convoluted locker room dynamics of a team that’s used to winning and wielding power superseding even its coach. By fundamentally altering the playing style to what it should have become years ago – something much faster, more nuanced and, well, modern, she can force any other changes she deems necessary as well, merely by saying it’s in the interest of this evolution.

In that regard, the early loss might also be a win. The women’s game is evolving at breakneck speed and the U.S. might walk away from this better able to keep up in the future. Losses aren’t always such a bad thing. And early eliminations can be more constructive, in the long run, than even gold medals.