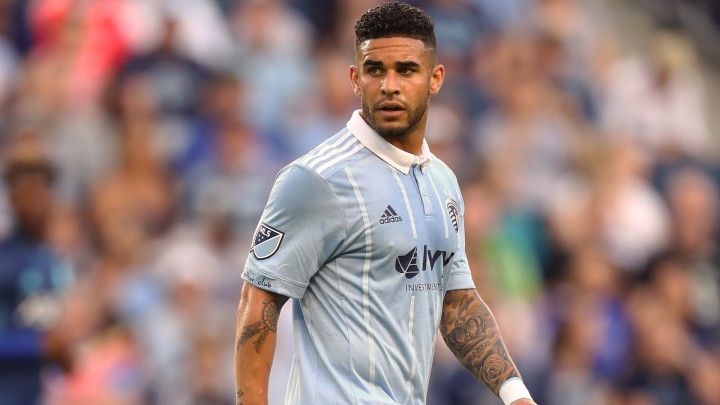 Everyone had prepared for Bruce Arena to name a very unconventional 23-man CONCACAF Gold Cup roster. Arena is still feeling around for what he has and wanted to use the Gold Cup as a tournament to look at some of the more overlooked players to see if there are some diamonds in the rough for the rest of World Cup Qualifying and maybe in Russia next year.

But Arena wasn’t messing around when he came up with this roster. The 23-man roster is less reliant on star power and more on young players who haven’t had many caps and USMNT veterans who haven’t had much playing time recently.

Keep in mind, six changes from the overall 40-man provisional roster can be made after the group stage is completed. So Arena could give some new players a shot in the group stage and then replace some with the usual talent in the knockout stage to go for the title. In a group with Panama, Nicaragua and Martinique and three teams are likely to advance to the knockout stage, the USMNT can afford to experiment and still advance.

At goalkeeper, Arena made his decision to choose between Tim Howard and Brad Guzan and went with Guzan for the Gold Cup. Maybe this is because he has already seen everything out of Howard with the Colorado Rapids that he’s his man for World Cup Qualifying but Guzan may make Arena think a thing or two if Guzan has a great tournament. Hamid and Johnson seem to be vying for the third goalkeeper spot at the World Cup and it’s unknown whether they’ll get any meaningful playing time this summer.

The defending is mixed with some new faces, some old faces and some new/old faces. Jorge Villafaña, who has been doing a respectable job at left back, is on the squad. Sporting KC teammates Matt Besler and Graham Zusi, along with Omar Gonzalez (who started against Mexico), make a return to try and make a case to remain on the national team. And the team welcomes back Matt Miazga, who seemed like he was nowhere to be seen after going on loan to Vitesse.

The midfield is really littered with new talent. Except for Alejandro Bedoya and Gyasi Zardes, everyone else hasn’t had too many caps and are all itching for a more permanent spot in the future. Kellyn Acosta had played at the Azteca against Mexico in World Cup Qualifying and earned a spot. But I am looking forward to seeing Joe Corona and Cristian Roldan play and get playing time. I also want to check out Kenny Saief, who was born in Panama City, Florida and made a one-time switch from Israel to the United States to play for the USMNT. I admit that I have never seen Saief play either at Gent or with the Israeli junior teams so he is a big unknown for me.

And finally, forward is certainly the least experienced spot on the roster. The veteran forward is Juan Agudelo and he hasn’t exactly had many opportunities to be on the USMNT in recent years. For one reason or another, Agudelo had been on the outside looking in the majority of the time since his explosion in 2011 and fans wanted to see him get another shot. Jordan Morris joins the squad, looking to get out of that purgatory of being good enough to get on the USMNT but not necessarily being good enough for the powers that be to start him. I have always felt that something is there with Morris that is begging to be unleashed and maybe solid playing time at the Gold Cup can do that and finally show people he’s got what it takes.

Dom Dwyer, who recently received U.S. citizenship, has his first call-up to the USMNT. The Sporting Kansas City striker has 55 MLS goals in his last 111 appearances since the start of the 2014 season. MLS is different than international, and especially CONCACAF play, but the guy can score goals. Also, while I wasn’t able to confirm this, I’m assuming that with Dwyer on the USMNT, he and his wife, Sydney Leroux, are the first husband-wife combo to represent their national team. I can’t think of too many husband-wife duos where both play soccer, much less rep their national team so I’m confident they’re the first.

While this might be seen as a tune-up for the upcoming final year heading into the World Cup, there’s no doubt we’re going to learn more about the kind of players the United States has and hopefully give Bruce Arena some more options and make it tougher for him to decide who goes for WCQ and potentially to Russia next summer.