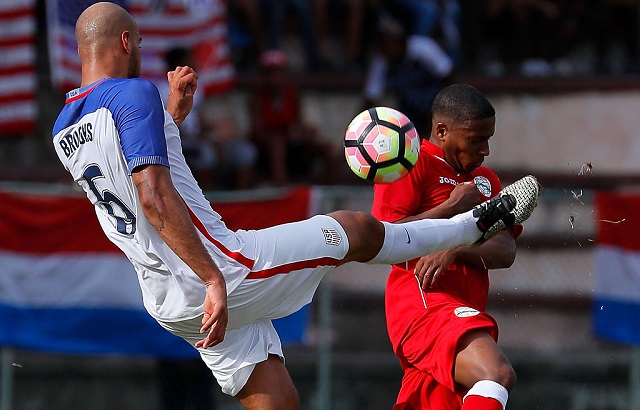 Much remains to be done before the United States will be a true and consistent World Cup contender. There is consensus about this. Player development has long strides left to make. The senior national team lacks in consistency. The playing style isn’t quite where everybody wants it yet. And even the mindset – or inferiority complex, as some would call it – remains a work in progress.

Nothing in the above paragraph is revealing. This is the status quo. An interesting debate is emerging about how to fix it though. Well, that is to say, one side is arguing how to make the CONCACAF region – North and Central America, the Caribbean and three South American countries – as a whole better, while the other is concerned only with the betterment of the U.S. national team. It follows, however, that if the former is achieved, the latter will follow. But more on that later.

In an interview with the Associated Press, newish Canadian CONCACAF president Victor Montagliani has argued for an overhaul of the region’s World Cup qualifying process. As it currently exists, the smallest or lowest-ranked nations – almost all Caribbean islands and Surinam, Guyana and French Guyana on South America’s northern shore – face off in three knockout rounds. By the time the fourth phase begins – when the best soccer countries are added to the mix in three groups of four teams – 23 teams have already been eliminated.

By Sept. 8, 2015, about two-thirds of the region was already out of contention for a place at the 2018 World Cup. Their World Cup cycles had lasted just a year. Teams bounced in the first round had competed for a place at the World Cup for all of four days, and will have to wait four years for another shot. Next month, with the World Cup still just under two years away, a mere six teams will kick off the final round of qualifying – meaning five-sixth of the region isn’t playing anymore.

Montagliani reasonably contends that this is to the detriment of the entire region. ”Something needs to change because you can’t have 85 percent of your members who are on the outside looking in two years before the World Cup,” he said to the AP. ”It doesn’t make sense.”

”It’s great for those six teams over the next year and a bit but how about the other ones?” Montagliani continued. ”It’s hard.” He argued that when the cycle is that short, it becomes that much trickier to land sponsorship and other commercial backing. And these countries, we should add, often already aren’t flush with potential funds.

When you’re at the top of the heap, however, there is little appeal in reform that would require more games against small nations, in an attempt to lift all the boats with a very slowly rising tide. When told of Montagliani’s plan, U.S. head coach Jurgen Klinsmann was not exactly sold.

“We need to challenge ourselves in order to break into the top 15, top 10 in the world,” Klinsmann continued. “We need to play them, and the more often we play Argentina, the better our results will get because the less fear we have, or respect we have.”

Rather than build out CONCACAF qualifying to include more of the smaller teams in more of the process, Klinsmann argues for more Copa Americas that include CONCACAF teams, like the past summer’s Centenario edition. And if that’s at the expense of the now-biennial Gold Cup, then so be it.

There are arguments to be made for both approaches. The USA could well justify its eagerness to play more teams outside of CONCACAF by pointing out that if it breaks into the world’s elite, it would be significant for the entire region. And indeed that it has raised plenty of money for CONCACAF by hosting the Gold Cup every two years, which could then be redistributed to help smaller nations develop – although a lot of that money disappeared under previous, graftier administrations.

Yet take a long view, and committing the biggest regional fish to more qualifiers against the minnows in the pond could yield large dividends when CONCACAF as a whole grows more competitive. The same logic of the U.S. improving by playing better teams applies to them. Every time Barbados plays Costa Rica, it has the chance to get better.

This, too, would benefit the U.S. national team in the very long run, through a tougher road to the World Cup. The U.S. has now reached seven straight editions of the game’s preeminent event and, the last few times, has done so at a canter. If that path becomes more treacherous, it would ultimately be beneficial in sporting terms, helping to a shape a team better prepared for the rigors at the big dance at the end of the road.

Rather than find challenging friendlies in the gaps in the qualifying calendar – which is getting increasingly hard, the U.S. is playing New Zealand on Tuesday because the only good team it could find, Ghana, dropped out – the U.S. might have a harder time in its actual competitive matches. This would slow the fevered search for good opposition and the need to swallow up other regional competitions, or indeed to beg your way into them.

This is a long game, however. And practically nobody in soccer is in the business of peering to the horizon and figuring out what the big picture will look like a decade from now. Klinsmann can hardly be blamed for looking beyond CONCACAF to improve. His job, after all, is to deliver a better team now. (Or, as plenty of fans might say, two years ago.)

But a true solution can be found closer to home.