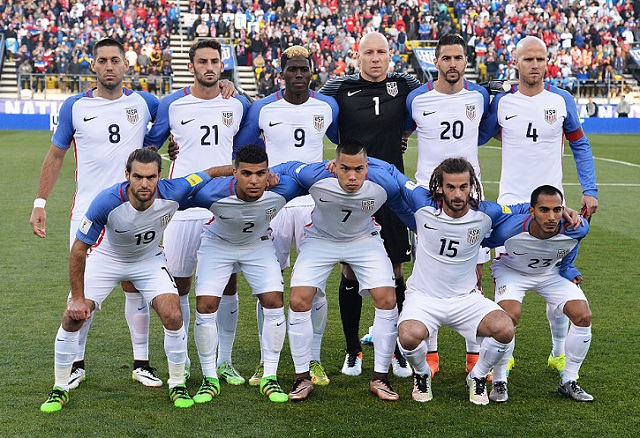 They say winning solves everything. But sometimes it doesn’t.

Sometimes, a win is just a win and the problems remain the problems. Left unsolved, in spite of the victory.

So the United States men’s national team slayed its short-lived Guatemalan dragon on Tuesday night with a convincing 4-0 beating, counteracting Friday’s horrid 2-0 loss to those same foes of modest gifts in Guatemala City. And therefore the World Cup qualifying campaign has been rescued — prospects morphing overnight from deeply troubled to quite rosy — and the pressure is presumably off head coach Jurgen Klinsman and his rule of disappointment. For a while, anyway.

But does a brief flush of competence foretell a turnaround for a splashy hire whose promise has long since withered on the vine? U.S. Soccer still seems to feel differently — an acute case of head-in-the-sanditis perhaps — but the 4 ½-year-old Klinsmann project has long since gone sour. To the point where we think a win over the world’s 95th-ranked team, with its two best players starting on the bench, just days after they had beaten the Americans for the first time in more than 28 years, is worth celebrating.

The fans aren’t naïve though. Nor is the maturing soccer press. They take Klinsmann and his team’s talk of “statements” and “messages” — to whom either are addressed is unclear — for what it is, vacuous and studied sports chatter. It sounds good, like Klinsmann’s endless optimism which has long since been dispelled as a professional cover for his myriad failures.

Yet on Tuesday, you have to concede, it looked good. Four goals are irrefutable. In its comprehensiveness, the win was unassailable. Nobody is fooled, however, into believing that everything has suddenly turned around. Rather than being feted as some kind of high point along a cycle of performance, even a 4-0 home win — in Columbus, no less, where the U.S. never loses — against Guatemala should be the bare minimum expected. And, truth be told, the U.S. was still sloppy on the ball a lot, disjointed in defense and incapable of attacking in anything but archaic fashion. The goals, let’s not forget, came from a long ball, a set piece and two broken plays in the box when a ball bounced kindly into the path of another American.

And there is still the issue of a manager who just about refuses to play his players in positions where they might perform best — whether they’re strictly speaking their only positions or not — and makes endless changes to his lineups and formations. Yes, the Elias Sports Bureau demonstrated that his predecessors Bob Bradley and Bruce Arena altered lineups just as often, but they at least relied on a regular core and fairly static on-field partnerships and pairings. That just can’t be said for Klinsmann.

Then there’s the aging group of players he still leans very heavily on. Tim Howard is 37, Geoff Cameron is 30, Kyle Beckerman is 33, Jermaine Jones is 34, and Clint Dempsey is 33. Even captain Michael Bradley will, horror of horrors, turn 31 just after the 2018 World Cup. Klinsmann doesn’t have like-for-like replacements at the ready. The youth development pipeline produces players of pedigree, employed by such clubs as Bayern Munich, Arsenal and Borussia Dortmund, but none of them are making an impact of note on the senior team yet — if any at all.

Meanwhile, the under-23s will miss the Olympics for the third time in four cycles; the under-17s will miss their World Cup for the first time ever; and only the under-20 team has given a decent account of itself of late. There are very few reinforcements on the way. This isn’t the senior national team head coach’s fault. But then again it is when he’s also the federation’s technical director, as Klinsmann is.

If the Americans beat Saint Vincent and the Grenadines away in September – and if they don’t, we might as well dismantle the entire national team program forever – and Trinidad and Tobago beats Guatemala at home, as it should, the U.S. will be through to the final round of qualifying with a game to spare.

But no matter how forgiving the format of the so-called hexagonal is – three of six teams qualify to the World Cup after a double round-robin, while the fourth team reaches a play-off, as Mexico did four years ago – none of it can be taken for granted by this U.S. team. Nor, for that matter, can we assume that the Yanks will show well at this summer’s stateside Copa America Centenario.

Because nothing is fixed other than the short-term challenge of qualifying for the hexagonal.