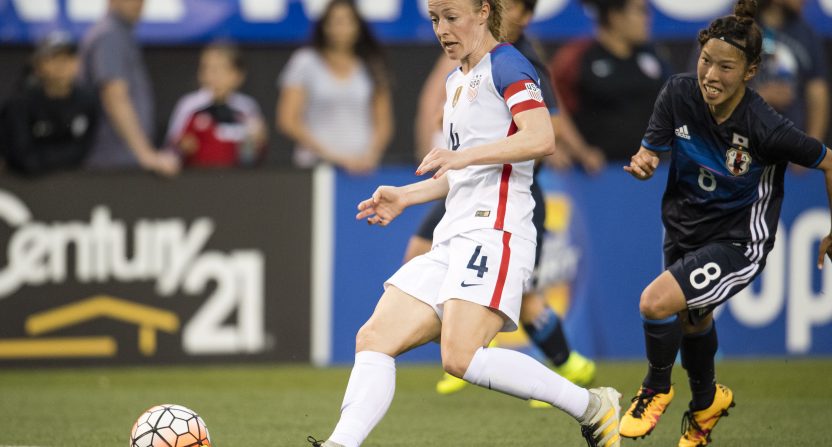 There has been no struggle between employee and employer that has been more public than that of the USWNT and the folks at the United States Soccer Federation.

Whether it has been articles in online publications, television interviews or social media, the USWNT clearly want things to be more equal between itself and its male counterpart.

With that in mind, it appears the national team has a plan in place to make some of those changes happen. Instead of sticking with the status quo, they upset it in a vote to change leadership within the player’s union this week.

Negotiations between the union and the USSF have been at an impasse for some time now, and it appears that the union is very serious about getting some real change to happen in their favor.

One of the most outspoken players on the team, midfielder Megan Rapinoe, spoke about the need for a shift when asked about the vote by the New York Times.

“We just needed to shift,” said midfielder Megan Rapinoe. “We wanted to be flexible enough to do that, and ultimately get the best deal we could for all of the players.”

It certainly was a bold move, as now ex-executive director, Rich Nichols, has arguably been one of the fiercest advocates of change for the women’s national team. However, it appears that the fierce nature of his advocacy also translated in to an off-putting nature when it came time to negotiate a new deal.

Nichols was let go on Dec. 28 an they brought on new interim executive director, Becca Roux. The hope is that with this move and the restructuring of who does the actual negotiations, a deal can be worked out.

“We felt really strongly that we wanted to reset the tone of the negotiations, and so we wanted to expand the leadership of the players association that would reflect what the P.A. wants and what our goals are,” said Sauerbrunn, one of the national team’s captains.

It’s a good sign that the players are willing to reflect and change up their makeup in order to get a deal done.

Will the USSF follow suit, or will they continue to dig in their heels?

We’ll soon find out, as the two sides are set to meet this coming weekend for the first of what could be many negotiating rounds in the coming weeks.

At least it appears that both sides are willing to hear each other out and dialogue is never a bad thing when it comes to collective bargaining agreements. Let’s just hope things get done in time for the next season of the NWSL to get underway in April.

Should things stretch that far, it may be a very sad day in the history of the women’s soccer game in America.