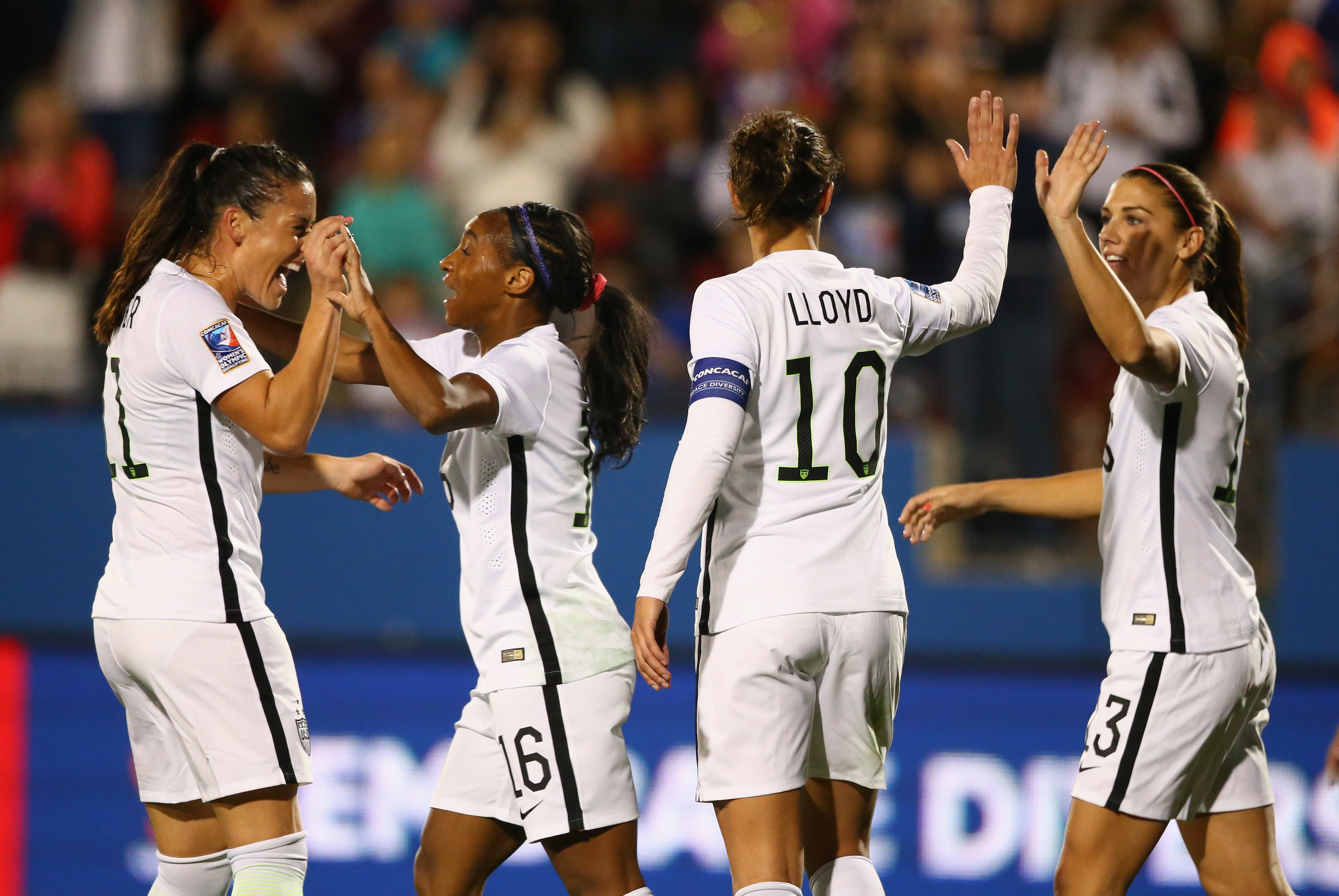 The U.S. Women’s National Team officially started their Rio Olympic qualifying campaign last night with a 5-0 thrashing of Costa Rica. The USWNT pulled out all the stops in their win, capitalized by scoring in the first 12 seconds.

The United States couldn’t have gotten off to a better start. Right off the kick off, Carli Lloyd broke through to win the long pass and head the ball to Alex Morgan, who immediately finished the play to put the USWNT up 1-0.

But the best goal of the night came courtesy of Christen Press. Already up 4-0 and the game already out of reach for Costa Rica, Press brought out the trick moves by exhibiting a diabolical first touch to score the fifth goal of the night for the team.

The USWNT is in the midst of Olympic qualifying, where only two teams will advance out of CONCACAF. The United States is expected to easily advance but they were supposed to do the same last Olympic cycle and almost didn’t qualify. The team didn’t qualify via the CONCACAF tournament but qualified in a play in game to determine the final spot. The United States won’t have that luxury, they must advance to the Final of this tournament in order to qualify.

The USWNT will face Costa Rica, Mexico and Puerto Rico in their group with two teams advancing. Mexico and Costa Rica were both with the United States in the Women’s World Cup so these are still some talented teams for the USWNT to face, but considering they beat Costa Rica 5-0 last night, I think it’s safe to say they are all but advancing to the all-important semifinal. A win in the semifinal means a trip to Brazil and a chance at a fifth gold medal.