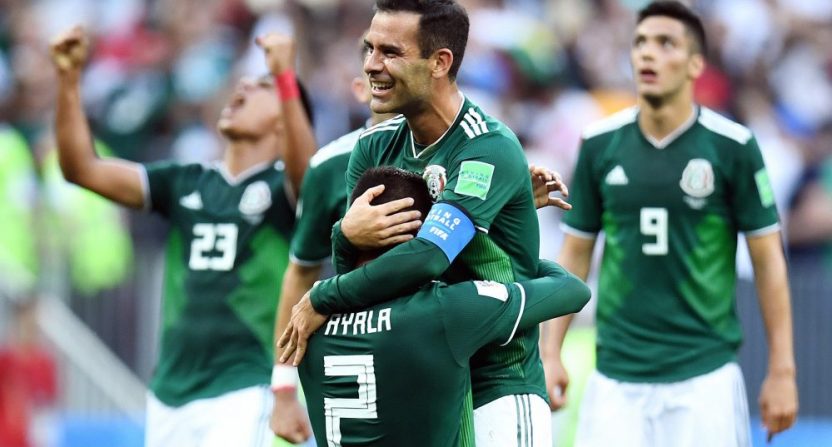 We’re more than two thirds of the way through the group stage of the 2018 FIFA World Cup and the media will be sure to tell you that this World Cup has been filled with surprising results: Iceland holding Argentina to a draw or Mexico beating Germany, just to name a few.

The reality is, if you look at these teams closely, these results have not been all that surprising as a certain trend has already made itself clear. Teams that have an identity and know exactly what they want to do are succeeding, while teams still trying to figure it out are struggling.

Winning the World Cup takes three things: talent, tactics, and having some sort of luck somewhere along the way. There’s a reason that only nine different countries have won the tournament, those countries consistently have the best players. But the tactical revolution of the early 21st century, ushered in by managers like Jose Mourinho and Jurgen Klopp showed us that the right tactics can help small teams beat the big boys. In other words, if you’re going to rely on talent alone, you’re going to be in trouble.

Let’s take a look at Argentina. Not only do they have Lionel Messi, who is easily one of the two most talented players in the world, they also have players like Sergio Aguero, Angel Di Maria, and Gonzalo Higuain, some of the most expensive and lethal players in Europe.

But Argentina have been a mess so far. There are plenty of reasons for that but a big one is they don’t know who they want to be. They have a manager who likes to press teams, but a squad of players who don’t press well. Their midfield wants to play the quick passing style of Spain, while their forwards want to play with the flair of Brazil. All this adds up to a bunch of different styles that don’t mesh which equals a bunch of players standing around waiting for Messi to do something special.

Their first game showcased a big clash of styles when they played Iceland. Iceland know exactly who they are and what they are going to do. They’ll play in two blocks of four, sometimes often having all ten men behind the ball. They’re going to defend, and they’re going to do it as a team for the entire game. Every player on the team has bought into that and that’s how Iceland is still level with Argentina and remains alive to make it to the knockout rounds.

The other big winner of the group stage has been Mexico, who have two wins, including one over the defending champs, and may finish top of their group. They’ve done that by beating Germany and South Korea in two distinctively different ways. Manager Juan Carlos Osorio has developed a different gameplan for each of his opponents. The Mexican players, have bought in to this approach and know exactly how they are supposed to play in each game.

One of the more surprising teams, for its own fans that is, has been England. Gareth Southgate’s England side don’t look like England sides of the past, mainly because they’re playing a completely different system from past England teams.

A lot was made about Southgate’s decision to play Kyle Walker as the right sided center back in his 3-1-4-2 formation but no one is talking about that anymore after two wins. Instead the focus is on how the new system is a winning one for England.

This was never more evident then in their first game against Tunisia. After conceding an equalizer, England were struggling to find a winner. Plenty of fans on Twitter suggested moving to a back four to bring on another attacker, but Southgate stuck with his plan, as did his players, and they were eventually rewarded with a late winner. The following game against Panama, they jumped out to a lead so quickly, Panama never knew what hit them.

Of course, the system can only get you so far. Eventually, the natural flows of soccer do happen. Part of the reason England needed a late winner against Tunisia was because of some very poor finishing in front. Similar to Mexico only defeating Germany 1-0, the system can create great chances but it can’t finish them.

While many fans might look at the favorites’ early struggles and find reasons to write them off, we shouldn’t be so quick to do that. Many teams that win the tournament tend to play themselves into the tournament as it goes along. They’re able to do this because they have the talent to bail them out of a bad game early on.

France are starting to find their feet in this tournament, and their two wins suggest they have the mentality to buckle down and find a way to win. Germany and Brazil still need to figure out their systems, but they’re still alive thanks to moments of brilliance from Toni Kroos and Phillipe Coutinho.

Not every team gets to have the luxury of world class players. For the ones who don’t, having an identity will help set you apart from the rest. But from the ones that do, that identity is how you take that talent and go all the way.