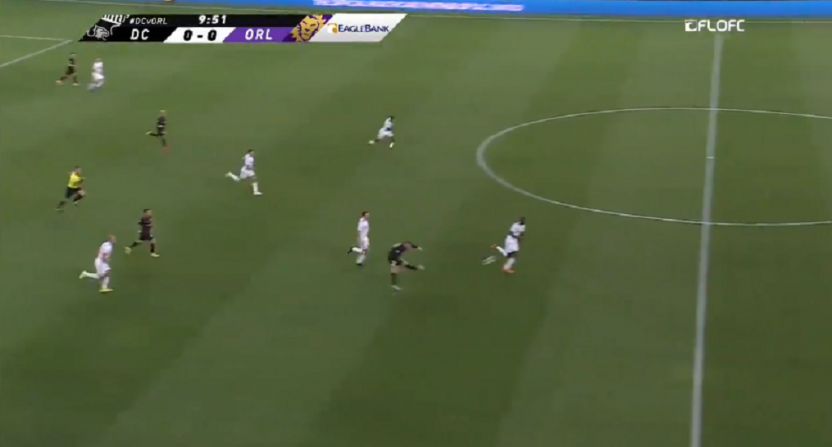 Manchester United legend Wayne Rooney has continued his goal-scoring ways since joining the MLS last year. And on Wednesday night, the 33-year-old scored an absolutely ridiculous goal for D.C. United.

The goal came on a kick beyond midfield, about 65 yards away. This is truly incredible:

WAYNE ROONEY FROM PAST MIDFIELD!!!! pic.twitter.com/dJ5BriAOx3

That would serve as the game-winner, with D.C. United winning 1-0.