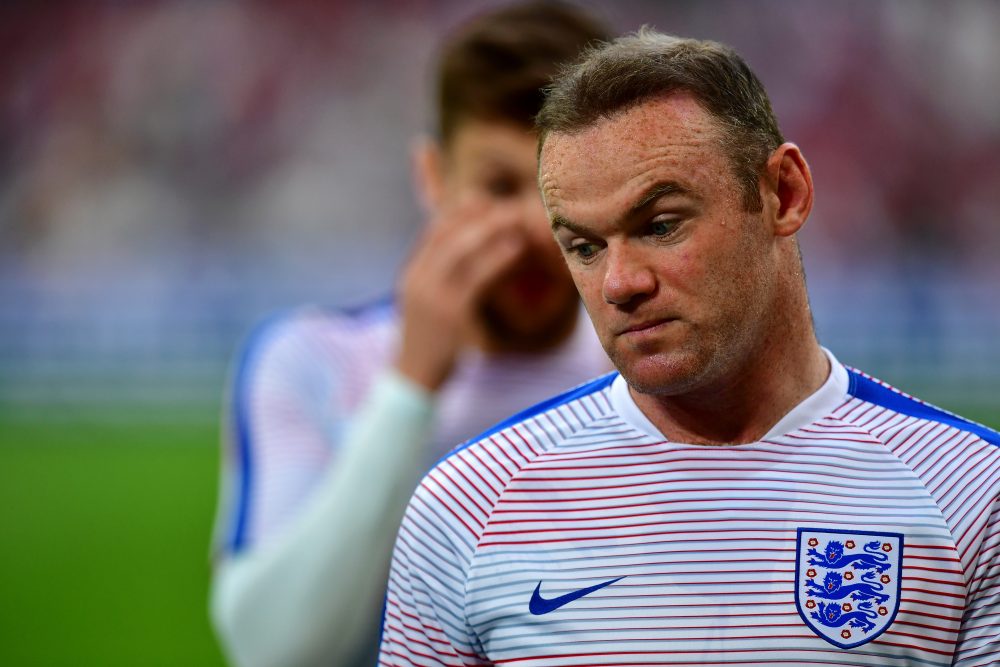 Last week, the England FA announced that their upcoming friendly against the USA would be a sendoff match benefitting the Wayne Rooney foundation for former captain Wayne Rooney. Rooney will join the squad for the match and receive his 120th and final England cap.

We're proud to announce that our upcoming game against the USA will support @FoundationWR, with @WayneRooney set to join the #ThreeLions squad for the match: https://t.co/Yz85XR2fRR

Rooney made his England debut at the age of 17, the youngest player to ever play for England. Months later, he took the international football world by storm at Euro 2004 where he became England’s youngest ever goalscorer. Rooney would spend the next 13 years as a fixture in the Three Lions side and finished his international career as England’s all-time leading goal scorer. If anyone deserves an international send off, it’s Wayne Rooney.

Unfortunately, not everyone sees it that way.

When the announcement was made, many England fans took to twitter to voice their anger over this. They cited reasons such as the FA turning a friendly into a PR stunt, or that it cheapens the value of an international cap. Many feel that if this is just a charity game, it shouldn’t count as an international and therefore caps shouldn’t be given. Most importantly, even though it’s just a friendly the spot could have been better used by letting a younger player get a run out.

Testimonials at the club level are very common. It’s a bit different at the international level but in recent years they’ve become far more common. Germany had a special match for Lukas Podolski following the 2014 World Cup, the United States did the same thing for Landon Donovan. Italy and Mexico have also recently done them.

If ever there was a time to have a send off match, it’s now. England have one more game in the UEFA Nations League group stage, but otherwise, they are pretty far removed from any important games.

The fact that it’s against the United States, the country where Rooney has rediscovered his form over the past five months is no coincidence, though Gareth Southgate did reveal the original plan was to have the match prior to the World Cup. That idea was shot down by Rooney himself, who wanted the team to instead focus on preparing for Russia.

The outrage to England possibly cheapening the value of a friendly provides a fascinating insight in how different countries view friendlies. In fact, it’s almost completely the opposite to how they’re viewed stateside. In England, fans are upset that the FA is turning a friendly into a PR stunt whereas in the United States, nearly every friendly US Soccer schedules is more about PR and making money than improving the team.

That’s ultimately what it comes down to, improving the team. In Europe, the prevailing thought is a manager only gets so many days with his team. During those days, they can only play so many games. There’s no such thing as a completely meaningless friendly because there’s always something to prepare for; whether that be a qualifying match, Nations League match, or a tournament.

That thought hasn’t made it across the ocean where US based media openly calls friendlies meaningless and sometimes advocates against playing them. When they are played, they’re rarely taken seriously by anyone involved.

Christian Pulisic, the US’s best player and someone who can use all the reps with his new young teammates he can get, has played just one game for the USMNT this year. You’ll never believe it but that was merely a PR stunt as the match was played in the greater Philadelphia area, not far from where Pulisic grew up in Hershey, PA. Pulisic is on the squad for upcoming friendlies in November.

Ultimately, it’s hard to take seriously someone who is upset that England’s all-time leading scorer is going to make one last appearance and raise money for charity. Rooney isn’t going to play the whole match. He’ll start and play 30 minutes, maybe 60 and leave to a rounding applause. However, if it’s not done correctly then those concerns are valid.

The match is supposed to be a tune up for England’s final Nations League match against Croatia. (The fact that preparing for the Nations League is a priority for fans speaks to how successful the concept already is). For Southgate, it’s important that is exactly what he does. Prepare.

If Southgate puts Rooney’s name down and decides to build the team around him, that’s a problem. It’s unlikely that a team built around Rooney would be playing the style that Southgate wants his England team to play.

What Southgate needs to do is pick his team exactly as he would have without Rooney, then simply swap Rooney in with Kane up top. Rooney then gets to play up top, increasing his chances of scoring, while Kane gets some must needed rest. Eventually Rooney will come off either for Kane (that would be for symbolic reasons) or for Callum Wilson, a young player deserving of an England debut.

Fans complaining that this will cheapen the value of an international cap will have to get over it. Rooney is on-form and could be in this squad based on merit. The complaints emphasize how seriously even friendlies are taken across the pond but it’s hard to seriously criticize a team raising money for charity while honoring a deserving player.