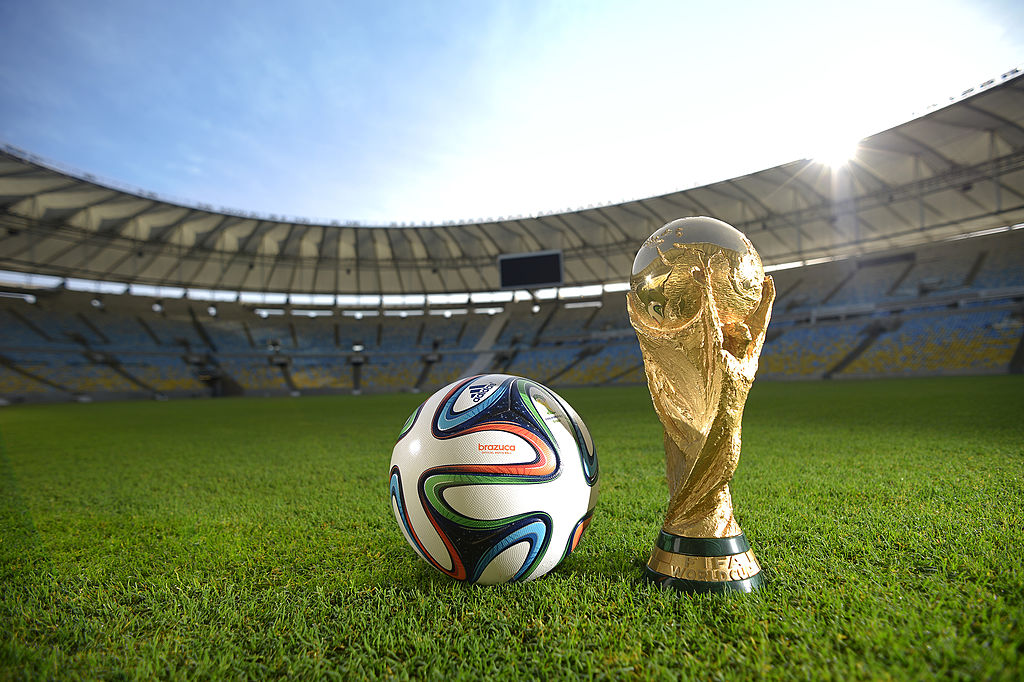 So Gianni Infantino wants to expand the World Cup from 32 teams to 48. Because Gianni Infantino is no fool. He knows exactly what keeps FIFA presidents in power. Namely, making sure the money flows to everybody and retaining the votes that got you into office in the first place.

And there’s a simple way to ensure both: expand things.

Since the World Cup is the most profitable thing in soccer – generating some $5 billion in revenue for the 2014 edition in Brazil, even though it crippled the local economy and contributed to a political crisis that has seen at least one president get impeached – that’s as good a place to start as any. Infantino campaigned on the idea that he’d bump the tournament out to 40 teams.

‘But why stop there?’ he now seems to be thinking, forever raising the stakes, like an infomercial salesman. But wait! There’s more!

But rather than get into the various merits and downsides to expansion for people who aren’t Gianni Infantino, we wondered what a 48-team World Cup might have looked like had it been implemented for Brazil.

According to Infantino’s newest plan, the 16 extra teams would compete in a sort of play-in game against the next 16 lowest-seeded teams, with the top-16 qualifying for the group stage automatically. With 16 teams then knocked out in one fell swoop, and just a game apiece, the tournament would proceed with a 32-squad knockout stage, as it has since 1998.

Logistically, this would have turned a tough situation downright nightmarish in Brazil. Some teams already had suboptimal training facilities. Meanwhile, building the stadiums proved an enormous burden and challenge to the Brazilians, because of graft, delays and accidents. And white elephants were left behind. Playing 32 games in a matter of days – because long lags would offer unfair competitive advantages to some teams over others – would likely require even more stadiums, further increasing the already crushing burden on the host country. To say nothing of five-star accommodations for 16 more teams of three or four dozen people who would leave the country after just one match.

More interesting still is a look at the sporting side of things. The U.S. and most of the big countries would have been spared a play-in game – because the Americans had an unusually high FIFA ranking in right before the draw late 2013, as they’d just come off a Gold Cup win, even though it was an off-year for that tournament.

But plenty of countries that had strong World Cups would have been subjected to extra hurdles. The Ivory Coast, Croatia, Russia, France, Ecuador, Ghana, Mexico, Costa Rica, Algeria, Nigeria, Honduras and Japan, Iran, South Korea, Australia and Cameroon all would have been at risk of missing out on the main tournament had they lost that game. 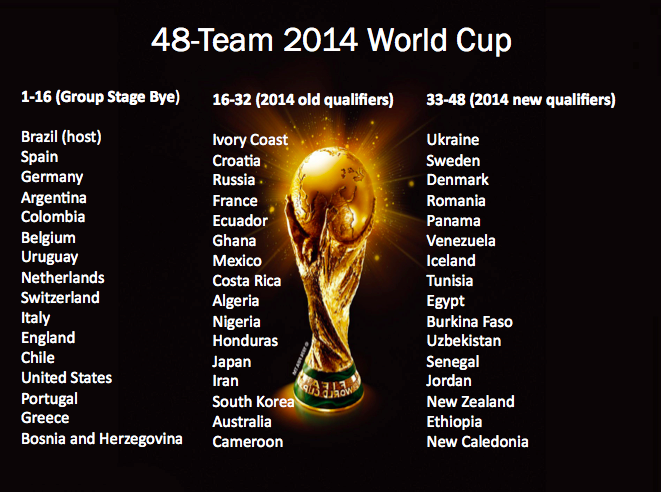 Five of those teams – France, Mexico, Costa Rica, Algeria and Nigeria – reached the round of 16. The French and Costa Ricans, meanwhile, even got to the quarterfinals. The tournament may have looked entirely different had those participants faced the peril of a one-off elimination game and perhaps been upset by some upstart. In spite of having earned their places fair and square in qualifying – which would lose almost all meaning, by the way.

Now let’s look at the teams that might have made a 48-team event but didn’t reach the 32-team tournament. Let’s start with the losers of the various playoffs. Jordan and New Zealand lost to Uruguay and Mexico, respectively, in the inter-continental playoffs. Sweden, Ukraine, Romania and Iceland lost the European playoffs. That’s six teams.

Uzbekistan lost the Asian playoff to advance to the inter-continental playoff. Senegal, Ethiopia, Tunisia, Egypt and Burkina Faso all lost out in the final round of African qualifying, losing their head-to-head matchups for a place at the big dance. Panama came fifth in CONCACAF, squandering a place in the playoffs in the final minutes against the U.S. Venezuela came sixth in CONMEBOL as the best South American team not to make it. Denmark was the only second-placed team in the European groups not to reach the playoffs. And New Caledonia came second in Oceania, behind New Zealand.

That’s 16 extra qualifiers, for a total of 48 teams. And of the newly admitted teams, half have never actually made it to a World Cup. This is partly the point, of course, to help accelerate the growth of the game in new places with the unrivaled jolt of participating in the world’s most popular sporting event. But then it’s hard to argue that having a preliminary round pitting the above teams against the lower-seeded teams would have made for an exciting product. Some games would have set off fireworks, surely, but others might appeal to very few. 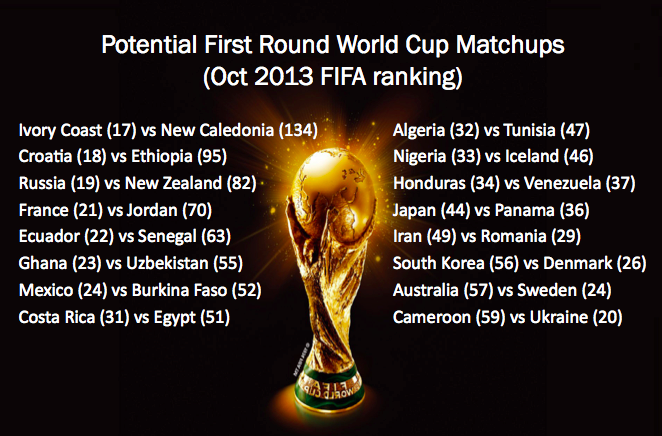 An expanded World Cup would be, well, bigger. In every way. But also more burdensome. To the host country in particular, but probably also to those 16 teams who went home after one game. Is that really so much better than not going at all, when you consider the money and time wasted that could have been spent at the grassroots?

And there’s little telling if it would make for a better product. You can, of course, nitpick good and bad matchups, but on the whole, more is mostly less at these tournaments – the Euro was a better tournament at 16 teams than 24. In the abstract, there are appealing arguments to be made for an expanded World Cup. But when you actually superimpose the reality by retroactively introducing such a format on an edition of the tournament that’s already happened, it’s hard to see a huge amount of upside.