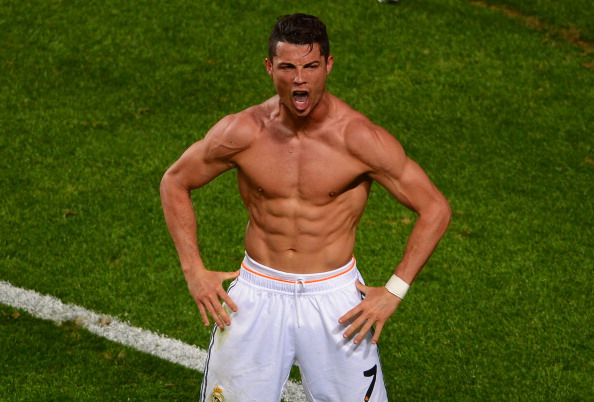 Soccer superstar Cristiano Ronaldo started off this week on a good note. The Portugal native signed a five-year deal with Real Madrid worth over $273 million U.S.. From there, things just got better.

Ronaldo announced via a video this week that he has signed a lifetime Nike deal (only the third athlete to do so, following LeBron James and Tiger Woods) that could reportedly result in the European soccer standout making over $42 million U.S. per year  — for life.

Ok, so there is a lot of money being thrown at Ronaldo. Let’s start with the money he is receiving from Real Madrid. From that contract alone he makes over $54  million U.S. per year. This annual amount of cash alone could get you the Magna Carta (last sold for $21.8 million), and you’d still have over $25 million still to spend.  How about buying 50 lions at $25,000 a pop? That leaves you with a little more than $12 million, which could be used to buy two blimps. But what if Ronaldo wants to live week-to-week? Well, his weekly salary of over $530,000 U.S. is the highest in soccer history, so he shouldn’t be doing too badly.

With the $42 million/year lifetime deal with Nike, Ronaldo can have more expensive things. This includes over three dozen orca whales ($1 million each). With the remaining money, you could buy a number of extravagant things, including a number of flying cars.

These deals come after Ronaldo had plenty of success on the field this year, including leading Portugal to the European championship and leading Real Madrid to a second-place finish in La Liga.

I’d have to say, it had to have been pretty rough to be one of the top soccer players in the world and having women fawn all over you. This money definitely has to have Ronaldo feeling much better.