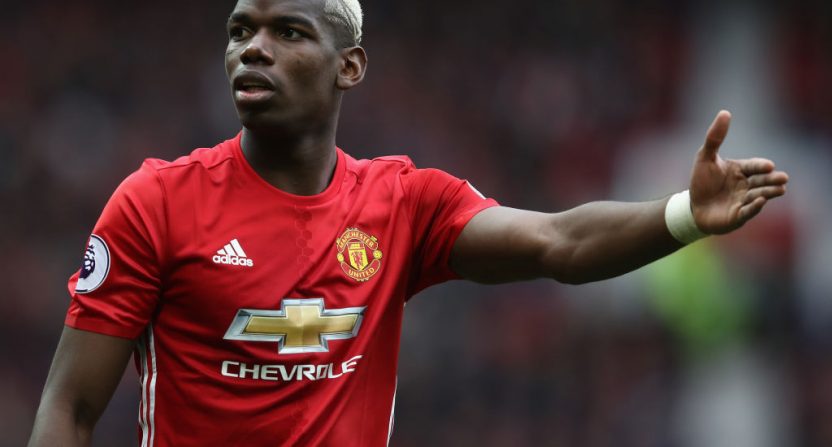 Everyone knows that Jose Mourinho has an M.O. He plays games with the media, rarely trusts young players, and arrives at every club he manages with a three-year plan. That plan essentially boils down to the following: Year one, buy the bus. Year two, park the bus. Year three, throw your players under the bus.

Mourinho’s tenure at every club seems to go exactly the same way. His first season is filled with optimism. He says all the right things, he usually wins a trophy in a Cup competition, and sometimes he’ll even win the league. The good times continue in year two, the team will get off to a flying start and will end up winning the league (he’s won the league in his second season at every club he’s been to). But by the end of the season, tension will grow and in year three, that tension will carry over. Sometimes he’ll manage to complete that third season, other times he’s disposed of before it even completes. But when he leaves he always leaves the club in a bigger mess than he found them in.

In Mourinho’s last stint at Chelsea he didn’t even make it half a season before he was fired, and because Ed Woodward is a buffoon, he decided that a manager who was fired in December because his team was in the relegation zone was a must-have manager.

Manchester United are now in their second season with Jose Mourinho as their manager, but they’re already in year three of the Jose Mourinho three year plan. They didn’t win the league, and they won’t, and their promising start to the season is starting to slip away incredibly quickly.

Now, since we all know that Jose Mourinho is the greatest manager to ever walk this earth, the problem can’t be him. It has to be one of the players, and Mourinho has decided that that player is £90 million midfielder Paul Pogba.

Pogba and Mourinho have been very publicly feuding recently, but it’s been going on behind-the-scenes all season. Ever since Mourinho publicly blamed Pogba for a hamstring injury back in September, there’s been something festering under the surface.

It wasn’t always like this, though. When Mourinho arrived at United, Pogba was the No. 1 name on the manager’s summer transfer wishlist. To make matters weirder has been Mourinho’s policy on who wears the captain’s armband. Since club captain and vice-captain Wayne Rooney and Michael Carrick were rarely in the team, the armband always went to United’s longest tenured member in the squad. This was usually Antonio Valencia but sometimes could have been Chris Smalling (another player Mourinho has publicly questioned) and even Juan Mata (we all know the history there).

But this changed when United took the field for their first Champions League match against Basel when Pogba led the team out of the tunnel wearing the armband. It was a move that showed that Mourinho certainly had trust in the player, and saw him as a leader.

Of course, Pogba got hurt after 17 minutes and it only took days for Mourinho to start blaming him for the injury.

Ever since the Alexis Sanchez signing, things have gotten really weird, really quick. Last season, Pogba was subbed off the field for non-injury related reasons just twice (a 4-1 lead in the Europa League where Pogba had scored twice, and after 45 minutes on the final day of the season to rest him for the Europa League final). This season, he failed to play 90 minutes just two other times, both of which came after returning from an injury.

But since Alexis Sanchez has arrived, Pogba has yet to play 90 minutes in a match. Against Tottenham, he was subbed off for Mauraone Fellaini, who lasted seven minutes before having to come off with an injury that Mourinho said had been suffering from all year. In other words, Fellaini wasn’t fit, yet Mourinho still decided to throw him on instead of Pogba.

The weirdness culminated on Saturday when Pogba was left out of the squad for the FA Cup match against Huddersfield with an ‘illness’. Now, when you look at United’s upcoming schedule of Sevilla away followed by Chelsea at home, Pogba’s absense could have easily been explained pre-match had Mourinho just said, “Paul was feeling under the weather so we left at home so he could be 100% for Sevilla, we still feel that we have a very strong team.”

Paul Pogba will miss today's @EmiratesFACup tie at Huddersfield due to illness. U23s midfielder Ethan Hamilton has taken his place in the squad. #MUFChttps://t.co/7YAoaV45KM pic.twitter.com/Yelg8eTPnu

Let me tell you something, a club tweeting this out a few hours before a game is weird, and if you actually believe Pogba was “ill,” then I have a bridge to sell you. Replacing Pogba with an academy graduate due to illness is not how Mourinho works.

No, had Pogba been unfit at the last minute, Mourinho would have just thrown an extra defender like Phil Jones or Daley Blind onto the bench with no intention of using them. But to throw Ethan Hamilton out there? Mourinho only promotes an academy player when he wants to say eff-you to someone. (The subs Mourinho did use were Jesse Lingard, Anthony Martial, and Eric Bailly, leaving Hamilton and fellow academy player Angel Gomes unused – you can clearly see he had no intention of playing those guys).

Pogba was back and fit against Sevilla on Wednesday, but once again somehow didn’t make the starting XI. Instead Mourinho turned to Ander Herrera, who hadn’t played in two weeks and has played all of 21 minutes in the last three weeks. Naturally Herrera went down within 17 minutes and Pogba was back on the field.

It’s clear that something is up between these two guys. A lot of rumors are suggesting this started when Pogba complained to Mourinho that he wasn’t being used in his best position. This rumor may have some validity now that Mourinho has deployed a 4-3-3 formation over the past two games – without Pogba.

Whatever is brewing, it’s clear that there is some smoke at Old Trafford. As the saying goes, where there’s smoke, there’s fire. At this point United are getting the full “year three” Jose Mourinho experience, which could lead them to having to choose between their manager and their record signing this summer.

The choice should be an easy one. But then again, can Ed Woodward be trusted to make the correct one?