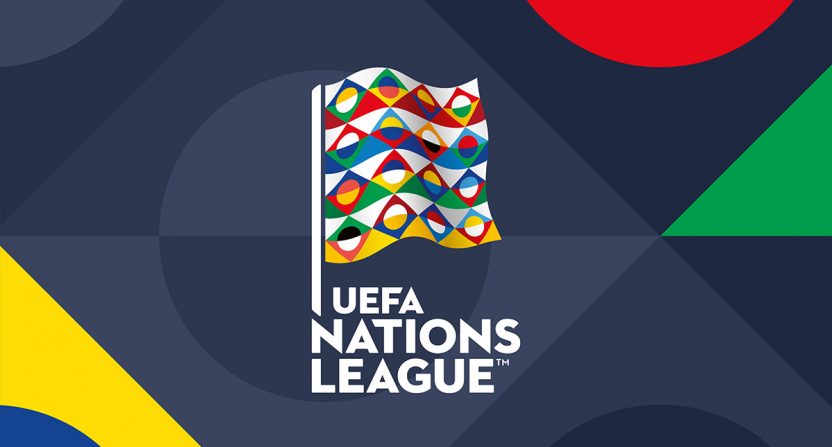 With the first international break of the new season underway, long time fans of European soccer will notice something different on this year’s calendar, the UEFA Nations League. In previous years, as soon as a World Cup or Euro ended, qualifying for the next World Cup or Euro started immediately but this year, UEFA decided to change things up by adding a new and a little bizarre competition.

So what exactly is this competition and why did it come to be?

From there, each team will play the other teams in their group twice, once at home and once away. Like all leagues in Europe, there will be promotion and relegation. The winners of each group win promotion to the league above them, while the losers will be relegated. The top four finishers from the groups in League A will advance to a four team tournament held in June to determine the Nations League champion.

The purpose of this competition is two-fold. The first is an attempt to reduce the amount of friendlies European teams are playing. Why is that important? It’s really not, but when the idea was conceived it was. Playing friendlies, regardless of whether you win or not, ultimately hurts your spot in the FIFA World Rankings. When it comes time to seed World Cup teams, FIFA used their rankings to determine the best teams. Creating this league turned these ‘friendlies’ into ‘competitive’ games. However, now that FIFA changed their ranking to more of an ELO rating, the effect isn’t as great.

The main reason for this competition is to drum up interest and revenue by having the best teams play each other in meaningful games.

Previously, the giants of Europe like France, Germany, Spain, and England would only play competitive games against each other at major tournaments. Once qualifying began, the biggest teams would be split up into different groups, because the point is to ensure as many of the big teams qualify for the tournament as possible. That meant that teams like Germany and France would spend most of their year playing teams like Moldova, Bulgaria, Malta, and Estonia. If they wanted to play France, it would have to be in a friendly.

As you experienced this past summer in the World Cup, international soccer is a lot of fun. But France traveling to Liechtenstein to pick up a 6-0 win in Euro qualifying just doesn’t move the needle. A France vs England friendly generates slightly more interest but it’s ultimately still a friendly.

The Nations League solves that problem, but not without creating some others. This is where it gets a bit complicated. While it’s great that you can now see France host Germany in a competitive match, how do you ensure that those matches are still taken seriously? Simple, by putting something on the line.

In this case, that’s qualification to Euro 2020.

The Nations League will not replace the traditional Euro qualifying. That will go on starting in 2019. What the nations league will do is give team an additional opportunity to qualify.

Remember how I said all the group winners get promoted to a higher league? Well that’s not all they get. It also gives them a spot in the new 16 team Qualification Playoffs (teams that win their group, but then qualify for the Euros in the traditional qualifying will be replaced by the next highest team in their group – you still following?). Those 16 teams will be divided into four paths based on their league, with the winner qualifying for Euro 2020.

If you followed that, that means that a team from League C and a team from League D are guaranteed to make it into Euro 2020. Small teams making it to major tournaments is good for their growth, but it’s understandable if fans are skeptical. After seeing Portugal struggle throughout, but yet win Euro 2016, the last thing fans want to see are more small teams coming in and playing negative football as they try to advance by just not losing.

A final reason to be skeptical about the nations league is the promotion and relegation. On a whole, it’s a good idea to help ensure competitive balance for years to come, and give smaller teams a chance to really improve. However, doing it on a group by group basis, rather than league by league seems too extreme.

The groups in the top leagues only have three teams. That means that one of England, Spain, or Croatia will be relegated to League B, while one of Slovakia, Ukraine, or the Czech Republic will be promoted. The first year of the Nations League is looking really strong, but by the second time, this tournament may already be out of whack. A much better option would be to have the four group winners and four group losers compete in a playoff with only two teams getting promoted and relegated.

Other confederations have already taken note, Concacaf will be adding their own Nations League in 2019, which will tie in to Gold Cup qualifying (the Gold Cup is expanding to 16 teams). A Nations League will also benefit the USMNT, who will be forced to play tougher away games more often.

Overall, the UEFA Nations League is a fantastic addition to the international calendar. International breaks are a necessary evil that FIFA will always force upon us. The Nations League will make it slightly more tolerable by giving us better games than we would have gotten.

1 thought on “What is the UEFA Nations League?”