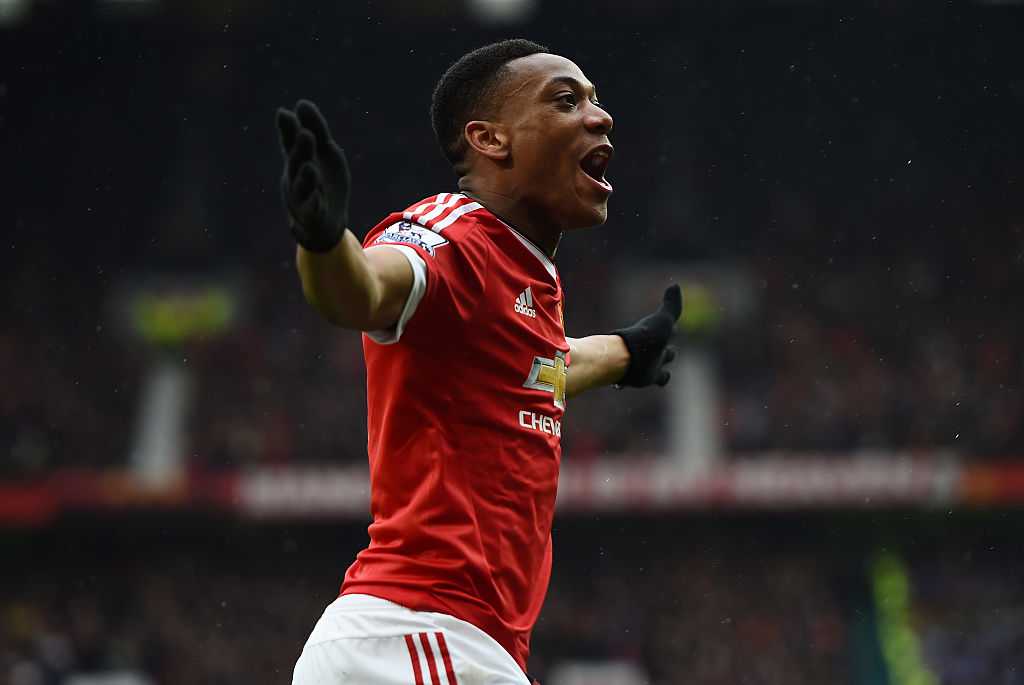 Anthony Martial has every right to want to leave Manchester United. In fact, if he didn’t want to leave Old Trafford, I would almost be questioning his sanity.

While the media will often talk about Manchester United manager Jose Mourinho’s (mis)treatment of left-back Luke Shaw, no player has been treated more unfairly during Mourinho’s tenure than the French forward.

Martial arrived at Old Trafford from Monaco as a 19-year-old in a deal worth £36 million, one that could rise to £58 million if Martial were to ever win the Ballon d’Or. The Ballon d’Or! That’s how much potential both clubs saw in Martial.

Martial hit the ground running, scoring against Liverpool in his debut and immediately becoming United’s first-choice striker. He finished the season with 17 goals, by far the most on the team, in Louis van Gaal’s team that was almost set up to not score goals.

Martial rode his good season right into the French national team, representing them at Euro 2016 where manager Didier Deschamps could only express regret that he couldn’t play Martial more because he was “exhausted” after his first full season in England.

Then came Jose Mourinho, and with that came trouble.

One of Mourinho’s first moves as United manager was to sign striker Zlatan Ibrahimovic, who was immediately given Martial’s number 9 shirt without any regard for the Frenchman. While that may not be a big deal, and Ibrahimovic certainly had the stronger resume, the situation was handled incredibly poorly.

Mourinho said that United “needed” Ibrahimovic because both Martial and Marcus Rashford were too young to be the full time striker. While Ibrahimovic was on the older side, together the three of them could form a great player. Except Mourinho never really gave anyone that chance. He always chose Ibrahimovic as his starter, even when he stopped being effective, and when he occasionally rested him it was always Marcus Rashford who started at striker.

In his first few months on the job, Mourinho did everything possible to unsettle Martial. Jettisoned out on the left wing and lacking any support from the manager, Martial produced just eight goals and eight assists that season and lost his place in the France squad.

Heading in to the next season, Martial was challenged by Mourinho to score more, and boy, did he respond. He scored 11 goals and added eight assists in his first 28 appearances and regained his place with France. Combined with Rashford, the other man Mourinho used on his left wing, the two had accounted for 21 goals and 16 assists.

Nevertheless, Mourinho decided that wasn’t enough production from the left wing, and United brought in high-priced Alexis Sanchez, once again banishing Martial to the bench while Sanchez contributed a grand total of three goals and five assists.

This past summer, Martial watched from home as his French teammates won the World Cup. With the Frenchman getting almost no first team action over the second half of the season, Didier Deschamps had no chance but to leave him home, regardless of how good his first half form was.

It’s completely natural for Martial to blame Mourinho for this and no longer want to play for him. After all, it’s completely Mourinho’s fault. Martial didn’t deserve to be dropped, but no matter what he did on the field, that wasn’t enough for Mourinho.

Mourinho is not one to change his mind about a player. He famously said he can tell if a player is good in just 15 minutes and was stubborn enough to deem Kevin de Bruyne and Mo Salah as ‘not good enough.’ So if Martial wants to play, he’s not going to get that chance under Mourinho.

This presents Manchester United with a very difficult conundrum. Martial wants to leave, Mourinho doesn’t want an unhappy player, but United doesn’t want to sell a 22-year-old and see him reach his sky high potential elsewhere.

Mourinho is reportedly willing to sell Martial for £50 million as long as it’s outside the Premier League. But then you you have to remember that historically Jose Mourinho is not a long-term manager, and his relationship with the club has already petered to ‘rocky at best,” including making excuses for poor performances they haven’t even delivered yet.  That means there’s a really good chance Mourinho won’t be at the club next season. If that’s the case, why would you part ways with a 22-year-old who could be at the club for much longer?

So what can Manchester United do?

Selling the forward in favor of the almost-30 Alexis Sanchez would be a mistake, but so would keeping a clearly unhappy player around. That leaves one option.

Martial’s contract is set to expire after this season, but there’s a club option for another year, essentially giving the club control of him for the next two years. If United loan him out this season and Mourinho doesn’t make it until next season, United can bring him back. If he does, then the club can arrange a fee with Martial’s new club to make the move permanent.

A loan would be the logical move and would show awareness from the board over who they’re in bed with. It’s essentially an insurance policy. They’re giving a young player a chance to develop, getting rid of a player the manager doesn’t want, but not giving up full long-term control of the player.

Loan moves for players of Martial’s caliber are rare, but not unprecedented. Kingsley Coman spent two years at Bayern Munich on loan from Juventus before making the move permanent. James Rodriguez is in the midst of a two-year loan at Bayern from Real Madrid. What do you know, Bayern are also very interested in Martial.

It wouldn’t even have to be a team like Bayern. If it’s a loan move, it would open up many other clubs. United would be able to find the best fit for him. If they don’t think he’ll play enough at Bayern, he can go to Borussia Dortmund and still compete in the Bundesliga and Champions League. If they want him to play centrally, they can find a team that needs a striker.

This is a very interesting time for Manchester United. Their manager has begun alienating the players, members of the board, and many of the fans, making it very hard to shape their long-term plans. They have a player that rightfully wants to leave and they should do right by him, but business-wise it’s not a good move.

There’s really only one logical option for the club to take. The question is, will they?