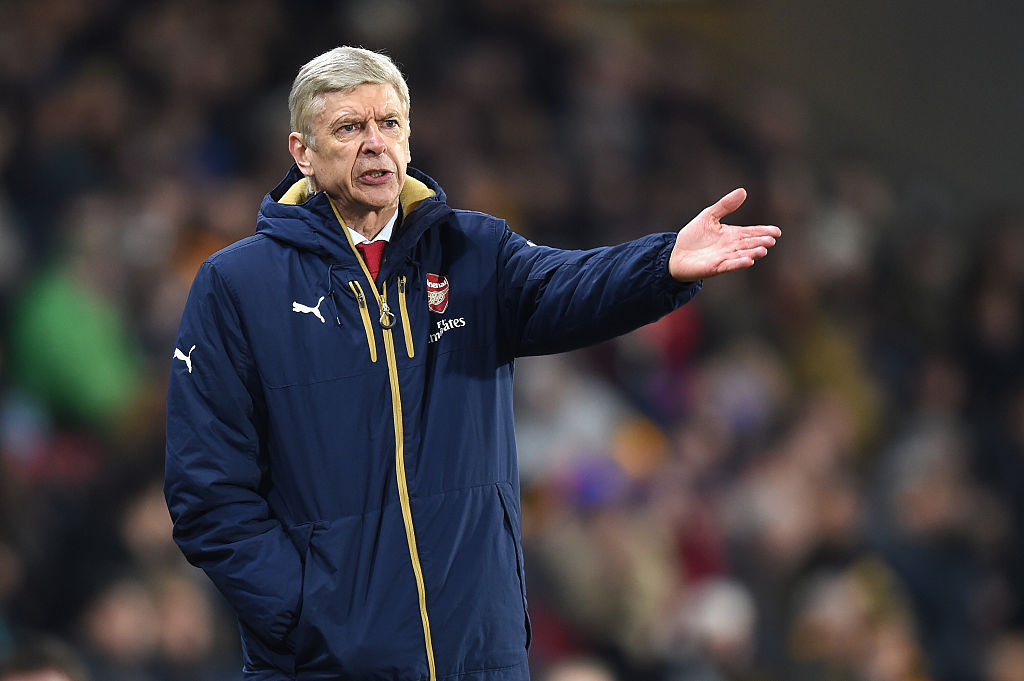 Unless something odd happens, Arsenal will win nothing for the ninth time in 11 years this season. The Premier League title now seems out of reach, squandered by the Gunners’ obstinate failure to punish their rivals for universally subpar seasons. Survival in the Champions League would probably require an unlikely three-goal away win at Barcelona on Wednesday – so that’s not happening either. The League Cup was lost in the fourth round. And Arsenal’s FA Cup double-title defense ended Sunday with a 2-1 quarterfinals loss to Watford – at home.

Arsenal fans probably don’t need reminding, but over the last decade, their club has come fourth in the Premier League six times and third four times. In the eight years before that, from 1997-98 through 2004-05, they came first three times and second five times. That’s a regression, in other words. A minute one. Yet one that makes all the difference.

For years now, there has been a palpable fatigue for Arsene Wenger, Arsenal’s manager since Sept. of 1996. Amazingly, he is only the club’s 18th full-time manager in its 130-year history. But what will soon surely be a dozen straight seasons devoid of a Premier League title—and a sixth consecutive round of 16 elimination from the Champions League—have shaken the once immovable faith in his long and careful stewardship of the club. The back-to-back FA Cups from the last two seasons offered a brief reprieve from the eight-year trophy drought. But now it’s back to being a very good team that doesn’t win things. Back to the banners demanding his ouster.

The excuses, after all, have evaporated. For years, Arsenal didn’t much contest the notion that the club couldn’t compete with the financial might of Chelsea and Manchester United, and later Manchester City. It hid behind the considerable debt it had taken on to build a new playing venue. But this is already the 10th season at the Emirates Stadium.

The club’s average ticket prices are believed to be the highest in the world. And Arsenal generated 435.5 million euros in revenues last season, the seventh-most of any club anywhere – and bested only by City and United in England.

Besides, this notion that Arsenal couldn’t properly invest in its squad during the purportedly fallow years was always something of a red herring. During every single year of Wenger’s time, he’s had the money to buy expensive players – not always the very best, perhaps, but very good ones. It’s just that a lot of the time, he chose not to, instead grooming an academy kid or some French or Spanish prodigy he’d snapped up as a teenager.

This has been the singular frustration of Arsenal fans, only recently appeased somewhat by the mega-signings of Mesut Ozil and Alexis Sanchez. But even with them, Arsenal doesn’t win. The FA Cup no longer really counts as a major trophy. To a big club, it’s consolation silverware for a season gone wrong. And now even that is gone.

The trouble, however, is that Arsenal as a club seems to define success differently than its fans do.

Commercially, Wenger is the best CEO – or CFO, perhaps – a club could hope for. His teams play pretty soccer which attracts and retains fans. He has gotten the team into the Champions League an astonishing 17 seasons in a row, and in the most recent 16 of those, they have survived the group stage – sometimes through something of a miracle, like this season. This has brought enormous revenue from prize and broadcast money to the club.

His consistency has been unassailable and unrivaled. But Arsenal, in that sense, is like a large regional bank. It makes safe and steady bets and never has a bad earnings report. And it certainly never needs a bailout because its traders have run the train off the tracks and into the nearest swamp. But it’s also never the biggest player on the market.

But soccer fans don’t measure their club by all the big black numbers on the balance sheet. They peer into the trophy case and see dust bunnies frolicking on the last Premier League trophy from 2003-04 – when the club went undefeated, no less. They see the loneliness of those Champions League runners-up medals from 2005-06. When they speak into the case, their words echo back through the hollowness.

The ownership and board, however, feel that pretty good is good enough. So long as the cash keeps flowing. Wenger is inarguably a good manager, but in the last decade he’s been more builder than decorator – assembling the framework without ever delivering the final product. And the club has never cared to find out if another manager might do better. They’ve gladly accepted the consistency as success.

Here’s the thing about that though: Champions League money is about to become an awful lot less important. The Premier League’s new broadcast deals, kicking in next season, are so vast that they will dwarf the money dispensed by UEFA for participating in its premier competition. At more than $2 billion per year for domestic rights alone – working out to at least $15 million per game – the prize money for the Premier League will soon escalate dramatically. To the point where the incentive for winning it is far bigger than merely placing in the top-four and qualifying for the Champions League.

This all means the Gunner brass’s strange understanding of accomplishment is about to get turned on its head.

And then where does Wenger stand?