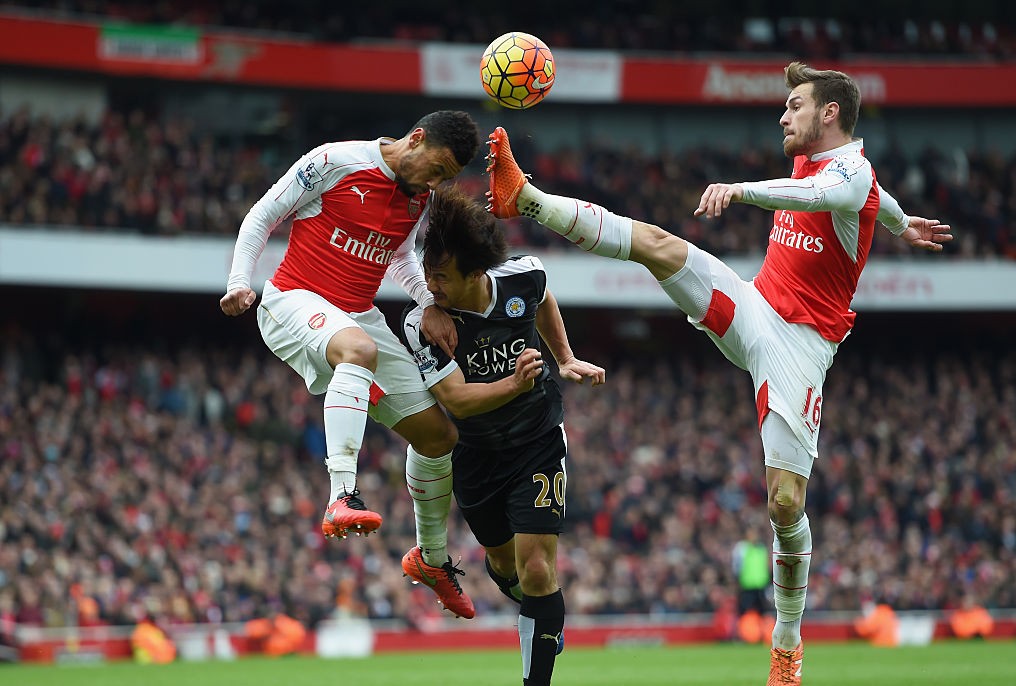 After another palpitating weekend of late winners and upsets – Arsenal beat Leicester! – the top three teams in the English Premier League are just two points apart, while Manchester City lurks six points back. A dozen rounds of games remain and this weird and twisted season is many weeks from being decided. So let’s do something totally idiotic and try to forecast what will happen by handicapping the contenders.

Because they lead by two points and because magic is real? And also because Leicester have a deviously clever manager in Claudio Ranieri who has conceived a speedy, counter-attacking game plan that has worked against all of the major powers and capitalized on their inconsistency. Jamie Vardy is still scoring goals and Ryad Mahrez continues to weave his dreamy brand of soccer. Meanwhile, Leicester’s remaining schedule is fairly light, with no games against the rest of the top four remaining, and they have no continental play or cup competitions to worry about.

Because surely the game’s pitiless economics have to catch up to the Foxes at some point. Leicester is actually slowing down. They have taken just 15 points from their last nine league games, making this their worst stretch of the season – they took 16 points from their first nine. While this run did include cathartic wins over Liverpool and Manchester City, the air might be seeping out of the tires.

Because more than half a century of suffering might be enough for the Premier League’s perennial also-rans. The Spurs have been boasting deep and talented teams for years, but have never put it together. This wasn’t looking like their year either until their ongoing 8-1-1 run put them firmly into the title chase. Following the immense 2-1 away victory at Manchester City on Sunday, they trail Leicester by just two points, tied with Arsenal but well ahead on goal differential. Harry Kane has long since regained his scoring touch while Christian Eriksen, Erik Lamela and Dele Alli have really come into their own this year in midfield. There might not be anyone to stop them in their current form.

Because Spurs are known for two things: choking and fading late in the season. As it happens, both of those things would cost them the title. And they still have to face West Ham, Arsenal, Liverpool, Manchester United, Chelsea and Southampton,

Chances of winning the title: So long as they’re still Spurs, improbable.

Because surely somebody has to. Often enough, the Gunners have looked like they might finally end their 11-year title drought with their sparkling play, but then they’ve been as maddeningly prone to slumps as ever. They held the lead until they went winless for four games, but closed the gap back to two points with the 2-1 Sunday win over Leicester. They seem rejuvenated with their latest injury plague abating. And look at the bright side of drawing Barcelona in the Champions League round of 16: they’ll soon be able to focus on the league.

Because this team might lack the composure to see out the job. They’ve already relinquished the league lead three times. And because there’s often no telling where the goals will come from. The mercurial Olivier Giroud is the only player on the team with more than 10 goals in all competitions some two-thirds of the way through the season. That’s concerning. And those mid-week Barcelona games will take a toll, no matter the outcome.

Chances of winning the title: As good as any in recent year.

Because winning a third title in five seasons is never going to get easier than this, with every other major competitor refusing to make a robust challenge. City retains the deepest and most talented squad in the league, and the core of the previous championship teams remains intact. These are grizzled veterans, who know how to win this thing.

Because defeats in their last two games to direct title rivals Leicester City and Tottenham have now cast the Citizens six points adrift. And they’re still active in the Champions League, just about doubling the workload. With just three wins from their last eight league games, they haven’t collected enough points during the winter to withstand the crush of games in the simultaneous domestic and continental campaigns in the spring. What’s more, with Pep Guardiola already confirmed as Manuel Pellegrini’s successor, they have a lame-duck manager.

Chances of winning the title: Pretty good for a fourth-placed team.

Because this season has been so strange that United winning is really the only logical outcome. And perhaps because the players sense that they’re already auditioning for a new manager next season – Louis van Gaal seems just as doomed as Pellegrini, even though his departure after the season isn’t official yet. But nah, we’re clutching at straws here.

Because they’ve been terrible this season, flatly demurring on scoring goals in many games. And because they still have to face Arsenal, City, Spurs and Leicester. Meanwhile, a Europa League run will likely be scattered through their remaining games, promising lots of extra travel and effort. Also: if you can’t beat Sunderland… (Or even get a tie!) Oh, and they’re 12 points back.

Chances of winning the title: LOL.