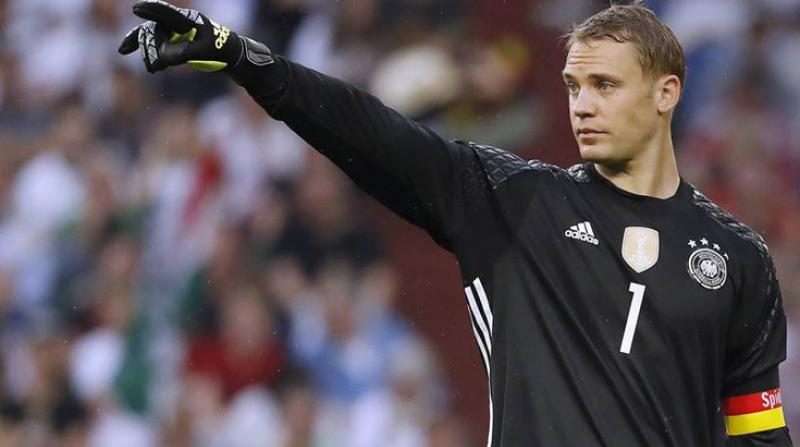 When putting together Germany’s World Cup roster, Joachim Löw has to make some tough decisions. The abundance of talent for the defending World Cup champs mean most of these choices are of the “good problem” variety. However, sorting out who will be the number one keeper in Russia could pose a different challenge for the German boss.

With a full complement of keepers to choose from, Löw has an easy decision. Manuel Neuer is Germany’s captain and arguably the world’s best keeper. Despite Marc-André ter Stegen’s strong season at Barcelona, the Bayern man is the obvious choice. But, and this is a big “but,” Neuer hasn’t played in a competitive match since September. Meanwhile, Ter Stegen had a career year at the club level.

Löw recently said that he would not take Neuer to Russia to be a backup. Löw’s mind might be made up with the 2014 World Champion taking part in training with the national team. Neuer is the number one, the end, thanks for reading. Enjoy your day.

Wait though, let’s assume for a minute that Löw is still undecided. Naturally, you want the captain of your team to be in the lineup, but is this what’s best for Germany? If Neuer is fit, he’ll play. After that, the question then becomes: is he ready? There is a rhythm and timing to goalkeeping that a player loses if they are out for months. This would be different if Neuer had a few games under his belt at the end of the year, but Bayern stuck with Sven Ulreich in those games. That was mostly a “thank you” to Ulreich’s service this season, but also an act of preserving their star goalie for next season. A pair of friendlies in June should give Germany a good idea as to the readiness of Neuer.

If Neuer struggles in those friendlies, Ter Stegen is next in line. However, a case can be made for the Barcelona keeper to be given the reigns now. It’s not hyperbole to say that this season was the best the 26-year-old has ever had. Like Neuer, he’s good with his feet and an excellent shot-stopper. With 19 clean sheets in La Liga this year and averaging 4.11 saves per goal, Ter Stegen actually put up better numbers than Neuer did last year. To be fair to Neuer, Bayern’s defense was calamitous under Carlo Ancelotti at times.

In the 2017 Confederations Cup, Ter Stegen started every match except for the opener. Germany won the tournament and the keeper was named Man of the Match in the final. Ter Stegen looked comfortable for the first time in a German shirt that tournament. Ter Stegen has been inconsistent during his international career. USMNT fans might remember an embarrassing own goal he allowed during a friendly in Washington D.C. in 2013. However, since last summer, Ter Stegen has been a rock for club and country.

Ter Stegen’s style is also very similar to Neuer. He’s a very “in your face” sweeper keeper kind of goalie, which is what Germany wants. While Neuer is the better of the two in that role, it does require a certain amount of timing to get right. Neuer might be lacking that considering the time he’s missed. If Neuer isn’t as quick off his line or he struggles at distribution it will be a sign of rust, and two friendlies might not be enough time to shake that off.

As seen in the Champions League this season, a goalkeeping blunder can be fatal. Even the best keeper in the world needs to stay on top of his game, and there are real questions about Neuer’s level of match fitness coming into this tournament. Matches against Austria and Saudi Arabia should show everyone how ready the 32-year-old is. This might be Neuer’s last trip to the game’s biggest competition, and he won’t want to waste it.

While Löw seems to have his mind made up, a poor showing in the next few weeks could force the German’s hand. For Germany, it’s all about the team and not the individual. In 2006, Jürgen Klinsmann chose to leave Oliver Kahn on the bench and play Jens Lehmann to the shock of the country. It’s Löw’s turn to make that big decision. He can go with the safer bet with in-form Ter Stegen, or he can gamble and hope the game’s best keeper doesn’t have time to be rusty. A fifth world championship is all that’s on the line.